Over a 2 day period beginning Friday, October 8, 2021, in observance of The World Day Against The Death Penalty, Iranian 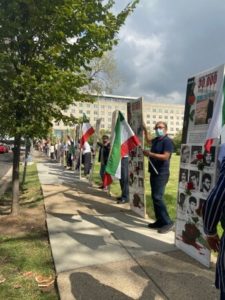 American Community leaders held rallies and photo exhibitions in Washington, DC, Los Angeles, San Fransisco, Atlanta, and Dallas and called for prosecution of Iranian regime president Ebrahim Raisi and other regime officials for their role in the 1988 Massacre of 30,000 political prisoners.
In Washington, DC, the event was held outside the entrance to the U.S. Department of State. In addition,
4 TV-trucks traveled through Washington, DC streets, displaying videos, images, and text about Ebrahim Raisi’s abysmal human rights records and calling on President Biden to help prosecute Raisi now. 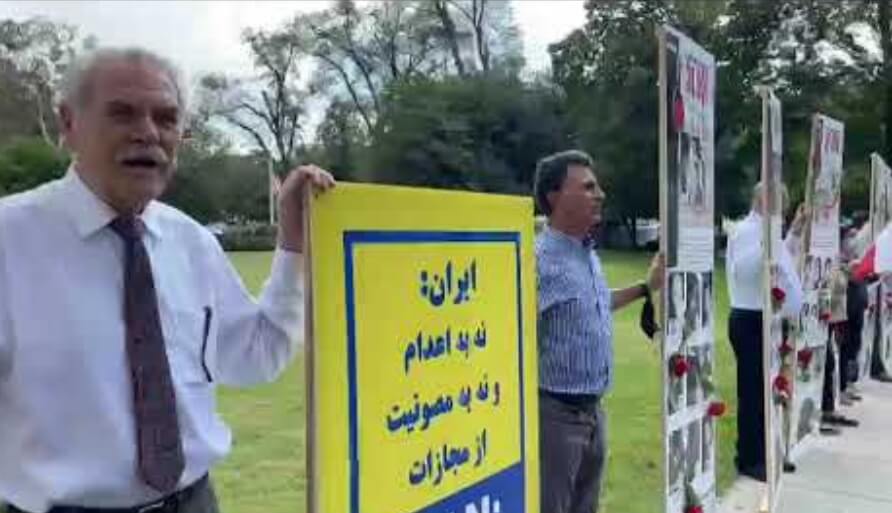 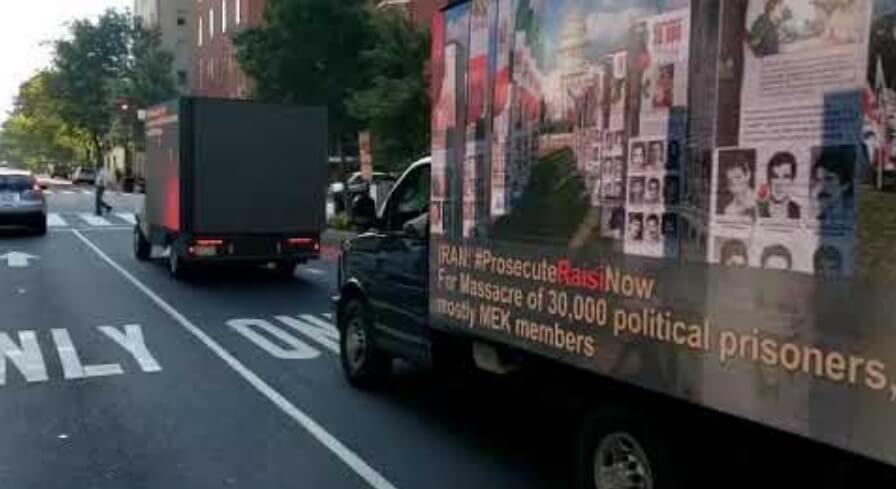 These events highlighted voices of the Iranian people, who in successive nationwide protests since 2017 have shouted, 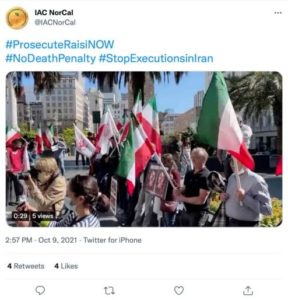 “Death to Khamenei, Death to dictators,” and made clear their desire to overthrow the mullahs’ regime and their long held aspiration to establish secular democracy in Iran. The rallies and photo exhibitions called on the
United States and 3 specifically, President Biden to lead a U.N. backed inquiry into the 1988 forced
disappearances and other executions in Iran and impose comprehensive sanctions on the regime for flagrant human rights violations, global terrorist operations as well as malign unmanned aerial vehicle, nuclear, and ballistic
missile programs. Iranian American Community leaders from Texas, to Georgia and California held similar
rallies to commemorate The World Day Against the Death Penalty and demand that President Biden keep his promise to uphold human rights across the globe by working to hold Ebrahim Raisi 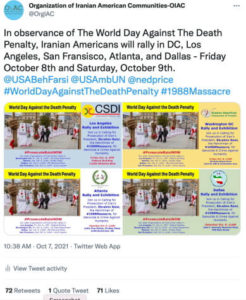 accountable for genocide in Iran. 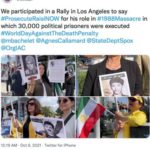 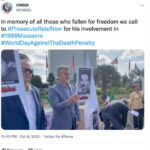