Tens of thousands of Iranian diaspora gathered in 17 capitals around the world as well as online to take part in a global summit and called for the prosecution of Iran regime’s president.

About the Sponsor of 2021 Free Iran Conference

OIAC proudly has enjoyed the approval of the House Ethics Committee (Pursuant to the requirements of House Rule XXV, clause 5) to sponsor the travel expenses of sitting Members of Congress to Europe to attend past conferences.

Tens of thousands of Iranian Diaspora from over 100 countries on five continents will attend online for this year’s 2021 Free Iran Conference. The event will feature more than one hundred prominent politicians and dignitaries from around the world, including dozens of speakers. The annual conference is held in support of the Iranian people and their struggle to create a free and democratic Iran.

Due to the COVID-19 pandemic, this year’s summit is a semi-virtual conference, which provides opportunity to link the Iranian diaspora across the world. This year’s summit, as in the past conferences, also provides the opportunity for the supporters of Iranian people, including, Members of U.S. Congress, Parliamentarians from Europe, North America, and Middle East and former government officials to share their solidarity messages.

CNN: The Situation Room, July 2010
Mr. Clinton said, “See the story of a massive demonstration in France yesterday, with the Iranian pro-democracy, pro freedom forces, and they’re saying I wish you had tougher sanctions…”

Peace with the Neighbors - Workshop 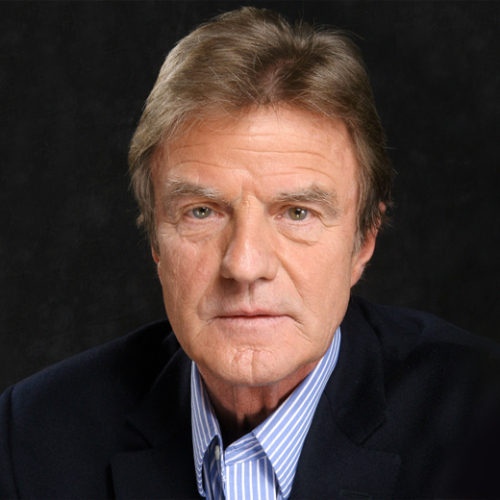 Worked as a gastroenterologist at Cochin Hospital; volunteer doctor with the International Red Cross, late 1960s; founded Médecins Sans Frontières (Doctors Without Borders), 1971, and served as president until 1978; founded Médecins du Monde (Doctors of the World), 1979, and served as president, 1980-88; became French Minister of State with the Ministry of Social Affairs and Employment, 1988-91; became Minister of State for humanitarian action with the office of the Prime Minister, 1988-91; Minister of State for humanitarian action in the Ministry of Foreign Affairs, 1991-93; Minister of Health and Humanitarian Action, March 1993-99; chief of the United Nations Administration Mission in Kosovo (UNMIK), July 1999-January 2001. 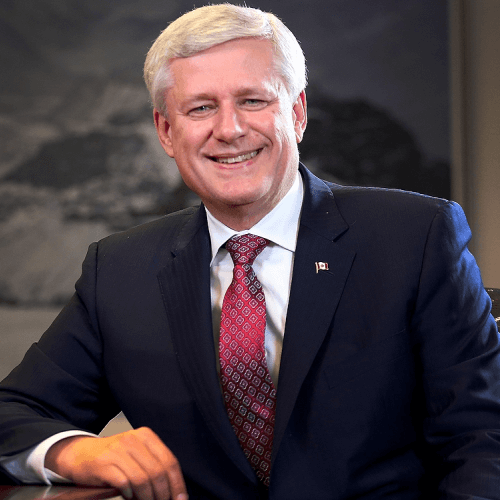 The Right Honorable Stephen Harper served as Canada’s 22nd Prime Minister from 2006 to 2015. Today, as Chairman and CEO of Harper & Associates Consulting, he spends most of his time working in the financial services, technology and energy sectors.

In 2004, Harper co-founded the modern Conservative Party of Canada and won three successive national elections, in 2006, 2008, and 2011. A strong advocate for free trade and open markets, Harper led a government that focused on pragmatic, growth-oriented economic policies and results-driven social policy. 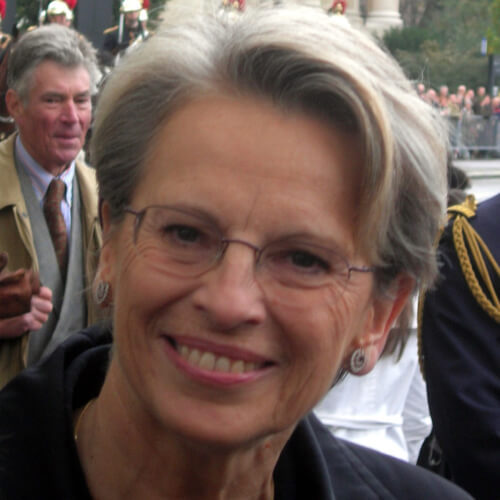 Born in 1946 in Villeneuve le Roi. She has a Degree in private law, political sciences and the history of law. Her former experience includes Minister of Youth and Sports (1993-1995), Minister of Defense (2002-2007), Minister of the Interior, Overseas Territories and Territorial Communities (2007-2009), Minister of State, Minister of Foreign Affairs and European Affairs (2010-2011) Member of the National Assembly (several times), and Mayor of Saint-Jean-de-Luz (1995-2002). 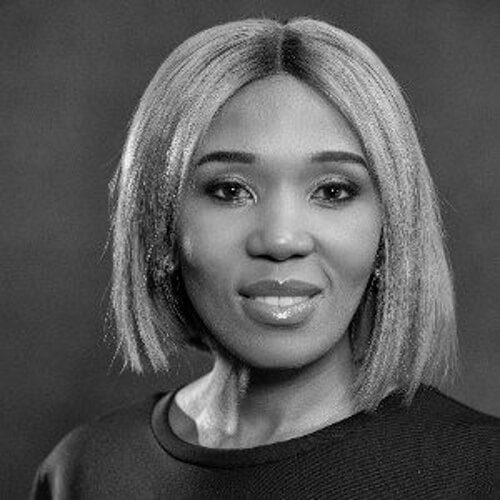 Zamaswazi Dlamini-Mandela is the granddaughter of Nelson and Winnie Mandela. She is the daughter of Prince Thumbuzani and Princess Zenani Mandela, currently the Ambassador to South Korea. She has a background in Public Relations and holds a degree in PR and Marketing. After a lengthy career in Public Relations Swati moved to the fashion and retail industry, heading up the press office for House of Busby and managing the business strategy and direction of international brands such as Mango and Claire’s. In 2017 Swati debuted a luxury fashion collection, a collaboration with bespoke suit maker Roi Kaskar.

Zamaswazi Dlamini-Mandela co-authored the autobiography 491 Days with the Nelson Mandela Foundation about her grandmother and co-produced a documentary about the life of Winnie Mandela. She recently participated in the publishing of The Prison Letters of Nelson Mandela. She has also been providing management consulting services to numerous companies in the transport and infrastructure sector. 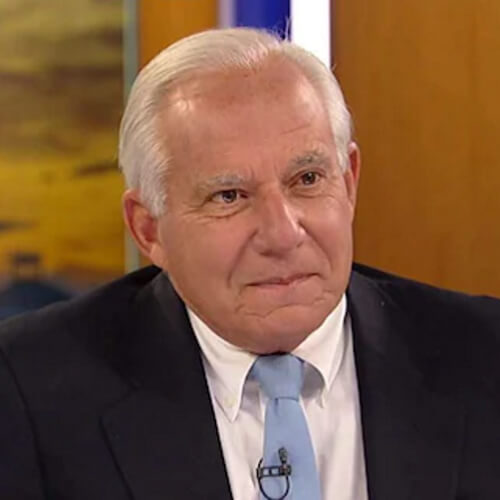 A Democrat, Torricelli served as a member of the U.S. House of Representatives from New Jersey’s 9th district from 1983 to 1997 and as a United States senator from New Jersey from 1997 to 2003. He is notable for his tenure as chair of the Democratic Senatorial Campaign Committee. 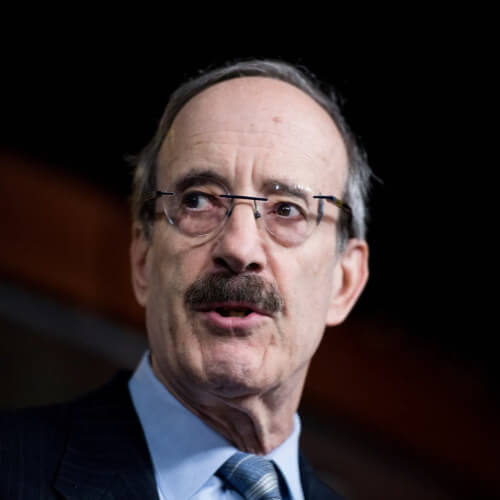 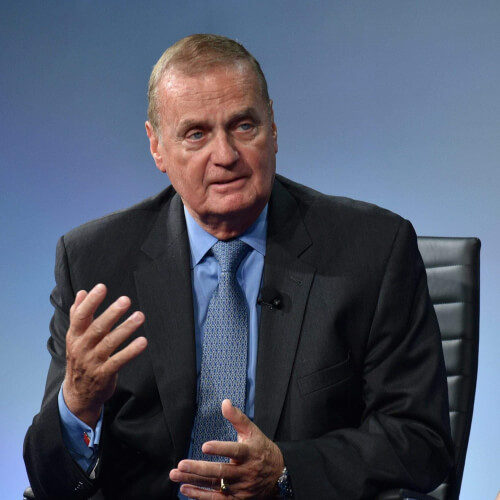 He became the 32nd commandant of the U.S. Marine Corps in July 1999. During his NATO assignment from 2003 to 2006, he advocated for energy security and the defense of critical infrastructures as a core part of NATO’s future missions. Upon retirement in February 2007, General Jones became the president and CEO of the U.S. Chamber of Commerce’s Institute for 21st Century Energy and, in 2008, served as the State Department’s special envoy for Middle East regional security. From 2009 until 2010, he served as President Barack Obama’s national security adviser at the White House. 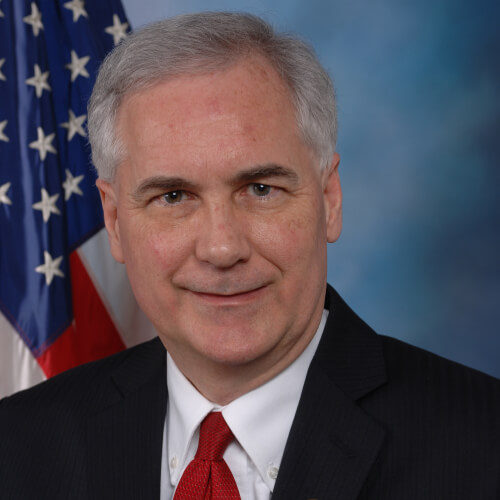 Tom McClintock represents the people of California’s historic gold country and Sierra Nevada in a district that stretches from Lake Tahoe, through Yosemite Valley and on to Kings Canyon.

Often described as “the gold standard” for fiscal conservatism in Congress, the National Taxpayers Union rated him the best vote for taxpayers in the House in 2014 and 2015. Citizens Against Government Waste recently named him as one of only two perfect votes in the House fighting wasteful government spending. 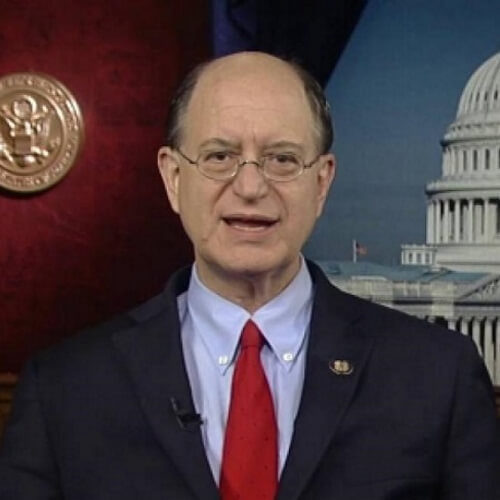 Congressman Brad Sherman (D-Sherman Oaks) was born and raised in southern California and represents California’s San Fernando Valley. Sherman is currently serving his thirteenth term in Congress and has served in the House of Representatives since 1997.

During his tenure in Congress, Sherman has developed a reputation as a strong advocate for the interests of working families. He has worked to craft and advance priorities such as robust environmental standards, federal aid to education, real healthcare reform, and the protection of Social Security and Medicare. The Congressman has also supported policies to expand U.S. exports, prevent the proliferation of nuclear weapons, and promote a just and effective U.S. foreign policy. 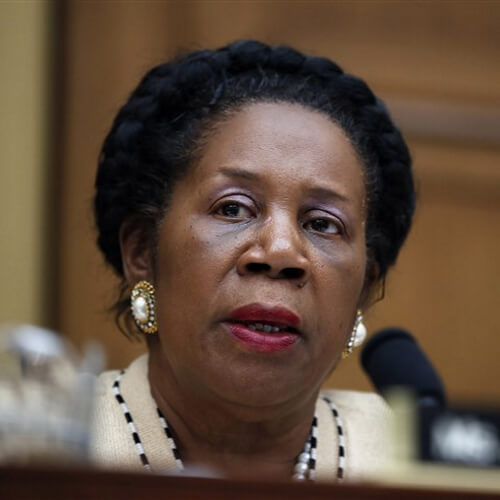 Congresswoman Sheila Jackson Lee is an influential and forceful voice in Washington. She is serving her eleventh term as a member of the United States House of Representatives. She represents the 18th Congressional District of Texas, centered in Houston, which is the energy capital of the world.

Considered by many as the “Voice of Reason”, she is dedicated to upholding the Constitutional rights of all people. She sits on three Congressional Committees — a senior member of the House Committees on the Judiciary, Homeland Security, and newly appointed by the leadership as a Member of the crucial Budget Committee .

She is currently the first female Ranking Member of the Judiciary Subcommittee for Crime, Terrorism, Homeland Security, and Investigations and is leading the way on criminal justice reform through ground breaking legislation including the Sentencing Reform Act, Law Enforcement Trust and Integrity Act, The RAISE Act, 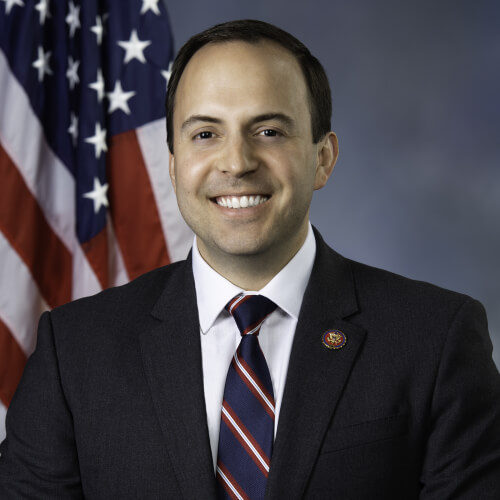 In the 116th Congress, Congressman Gooden is a member of the House Committee on Financial Services where he serves as the Vice Ranking Member on the Housing, Community Development, and Insurance Subcommittee. Prior to joining the U.S. House of Representatives, Lance served three terms in the Texas House of Representatives and worked in the insurance industry for 10 years. 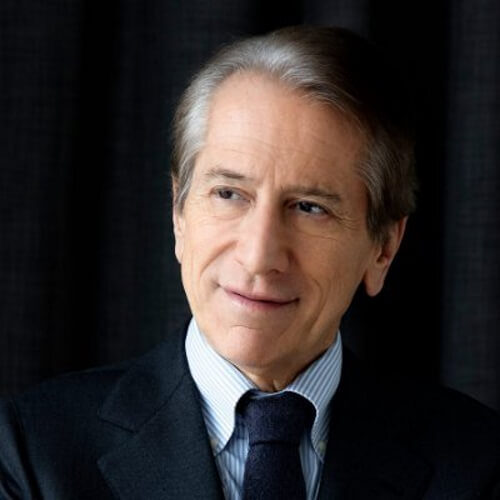 As Ambassador of Italy to Israel from 2002 to 2004 his focus was on strengthening bilateral relations and ties between Israel and the European Union.

As Ambassador to the United States until November 2011 Amb. Terzi worked on further strengthening bilateral cooperation in international security as well as in economic, cultural and scientific matters. He launched a country wide‎ strategy with hundreds of events and programs to promote Italian culture, science and language.

‎The “2013 -Year of the Italian Culture in the USA” was the main outcome of these efforts, together with the inclusion of Italian among the main foreign languages in American schools certified by the Advanced Placement Program.

From November 2011 until March 2013 Amb. Terzi was Minister for Foreign Affairs. 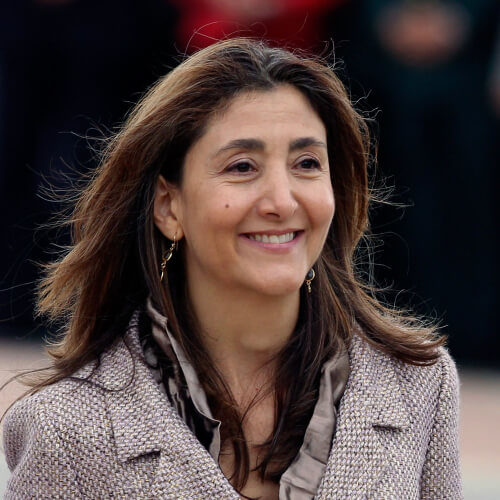 Former senator and anti-corruption activist, especially opposing political corruption.
Betancourt was kidnapped by the Revolutionary Armed Forces of Colombia (FARC) on 23 February 2002 while campaigning for the Colombian presidency as a Green candidate and was rescued by Colombian security forces six and a half years later on 2 July 2008. The rescue operation, dubbed Operation Jaque, rescued Betancourt along with 14 other hostages (three United States citizens, and 11 Colombian policemen and soldiers). 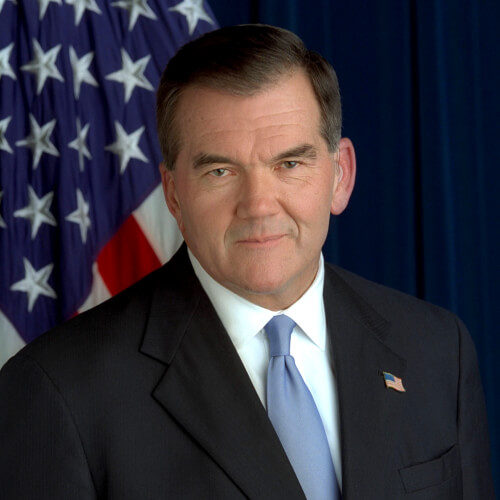 The creation of the country’s 15th Cabinet Department marked the largest reorganization of government since the Truman administration and another call to service for the former soldier, congressman and governor of Pennsylvania. During his DHS tenure, Secretary Ridge worked with more than 180,000 employees from a combined 22 agencies to create an agency that facilitated the flow of people and goods, instituted layered security at air, land and seaports, developed a unified national response and recovery plan, protected critical infrastructure, integrated new technology and improved information sharing worldwide.

Tom Ridge served as Secretary of this historic and critical endeavor until February 1, 2005. Before the events of September 11th, Tom Ridge was twice elected Governor of Pennsylvania. He served as the state’s 43rd governor from 1995 to 2001 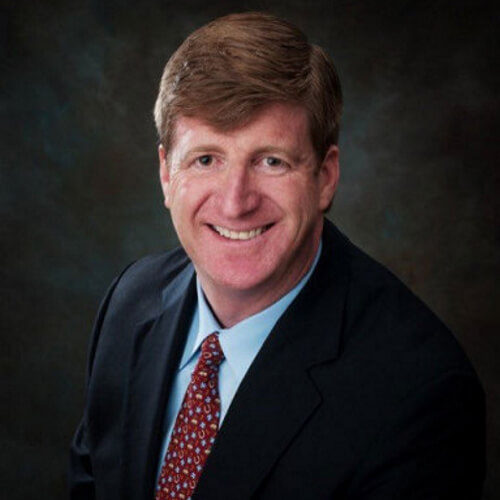 During his 16 years in the U.S. House of Representatives, serving Rhode Island’s First Congressional District, Patrick J. Kennedy fought to end discrimination against those with mental illness, addiction, and other brain diseases. He is best known as the lead sponsor of the landmark Mental Health Parity and Addiction Equity Act (Federal Parity Law), which was passed with bi-partisan support and signed into law by President George W. Bush on October 3, 2008. The Federal Parity Law provides millions of Americans, previously denied care, with access to mental health and addiction treatment by requiring insurance companies to cover treatment for mental health and substance use disorders no more restrictively than treatment for illnesses of the body, such as diabetes and cancer. 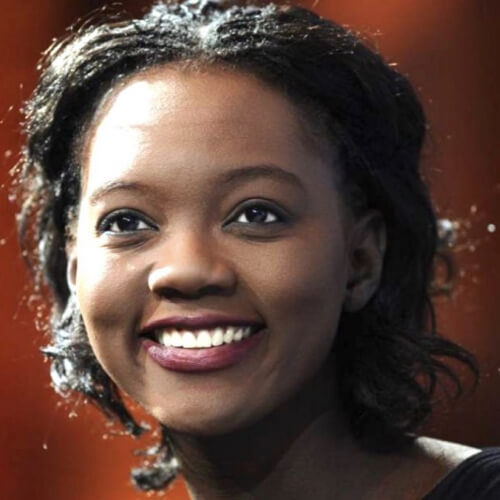 Rama Yade is a Senegalese-born French politician and the author of several books. She served as the French Secretary of Human Rights from 2007 to 2009, and the Secretary of Sports from 2009 to 2010. She was the Permanent Delegate of France to UNESCO from December 2010 to June 2011. She held the vice-presidency of the centre-right Radical Party up until 25 September 2015. She announced her candidacy in the 2017 French presidential election, but was unable to catch enough signatures to be a participant in the presidential race. Her campaign was aimed at “the forgotten people” of France. 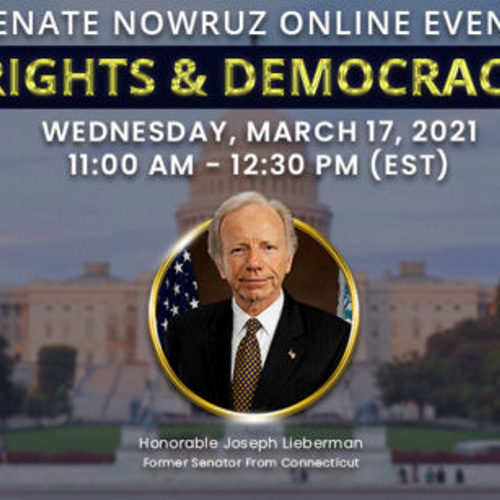 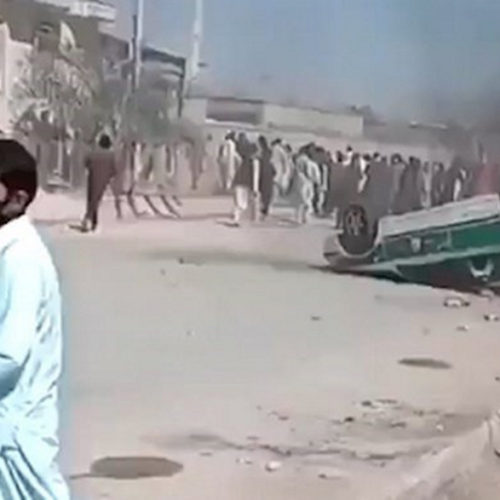 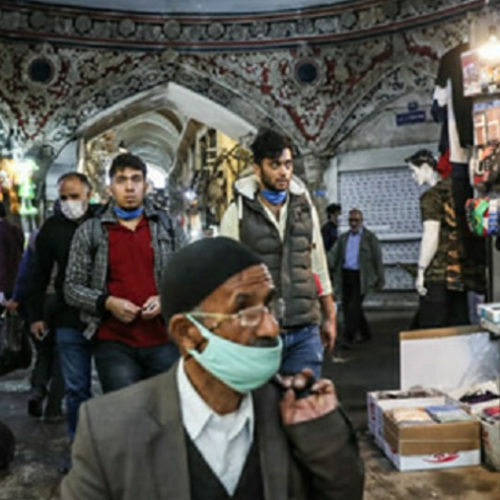 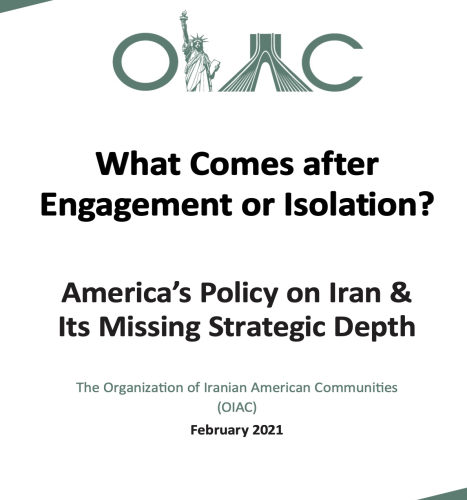 For more information about the event email us at info@oiac.org

For Media related issues, email us at Media@oiac.org