Dr. Majid Sadeghpour is a human rights activist and the political director for Organization of Iranian-American Communities (OIAC).  After the 1979 revolution in Iran, his family was persecuted and his brother ultimately executed. Sadeghpour escaped Iran and has since been an active opponent of the Islamist government in Iran.  Mr. Sadeghpour has written extensively on Iran and has appeared in both national and international TV programs.  Dr. Sadeghpour is a practicing healthcare professional and lives with his wife and children in Fairfax County, VA. 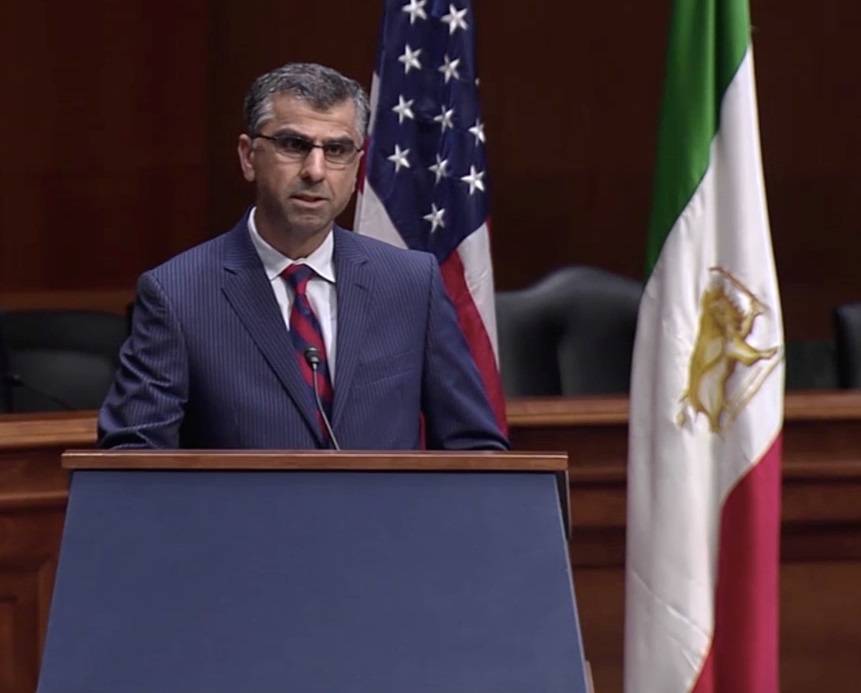 Dr. Sadeghpour welcomes the panelists to a Senate briefing on Iran, sponsored by OIAC

August 5, 2017
With Hassan Rouhani starting his second term as Iran’s president, VOA Persian remembers that three years ago, American observers Reuel Mark Gerecht and Ali Alfoneh wrote a political portrait of Hassan Rouhani titled “The Man and the Myth: The many faces of Hassan Rouhani” where they traced the life of Hassan Fereydoun – from his birth in Sorkheh in Semnan Province to his theology studies at Alavi School in Qom to his long political career and climb through the Islamic Republic’s top hierarchy culminating in becoming Iran’s president.

Having noted in their long essay that “Rouhani isn’t an open book: He has a layered, somewhat closeted personality,” Gerecht and Alfoneh attempted to find out if Mr. Rouhani was “More-or-less trustworthy, pragmatic interlocutor with the West or deceptive enemy?”

Today, when Hassan Rouhani has completed his first presidential term is about to embark on his second, VOA Persian has asked the same question from a randomly selected group of prominent U.S.-based Iran- watchers. Here are their answers:

Political Director for Organization of Iranian-American Communities (OIAC-US) Washington
As Secretary of Iran’s Supreme Security Council, Hassan Rouhani oversaw “merciless” suppression of the1999 university student uprising, the 1996 Khobar tower bombing, and on April 20, 2014 described Iran’s executions (more than 3,000 during his tenure) as “God’s commandments.” While at least 10,000,000 Iranians grapple with addiction and 18,000,000 more live below the poverty line, on December 31, 2015, Rouhani ordered his armed forces, “to quickly and significantly increase their missile capability.” Rouhani is not a statesman but only a seasoned beast, born out of regime’s medieval theocracy & thus incapable of accepting or embracing democracy.

Director of Research at the Washington Institute for Near East Policy, Washington
Rouhani has shown no interest in halting the policies which most concern the United States: destabilizing the region from Syria to Yemen, developing more sophisticated ballistic missiles, holding Americans hostage, and threatening ships in both the Strait of Hormuz and the Bab al Mandab. Those policies are implemented by hardliners, especially the IRGC, but Rouhani shows no sign he opposes them. Iran’s economy muddles along under Rouhani, with nothing like the boom that he promised for the post-nuclear-deal era. The main problems are domestic, especially the failure to reform banks and to reduce the rampant cronyism. By comparison, U.S. sanctions have limited impact. Consider how the Iran Petroleum Contract is four years late – not due to U.S. sanctions but to hardline opposition to foreign investment.

Chief Executive, Foundation for Defense of Democracies (FDD), Washington
Rouhani is a president who is either empowered to set regime policy in which case he is responsible for Iran’s brutal repression at home and Syrian slaughter abroad or he is not in which case he is merely a cover for the regime’s real power brokers.
Either way his rule is unlikely to bring positive change to a long-suffering Iranian people and to a region torn asunder.
Click for more 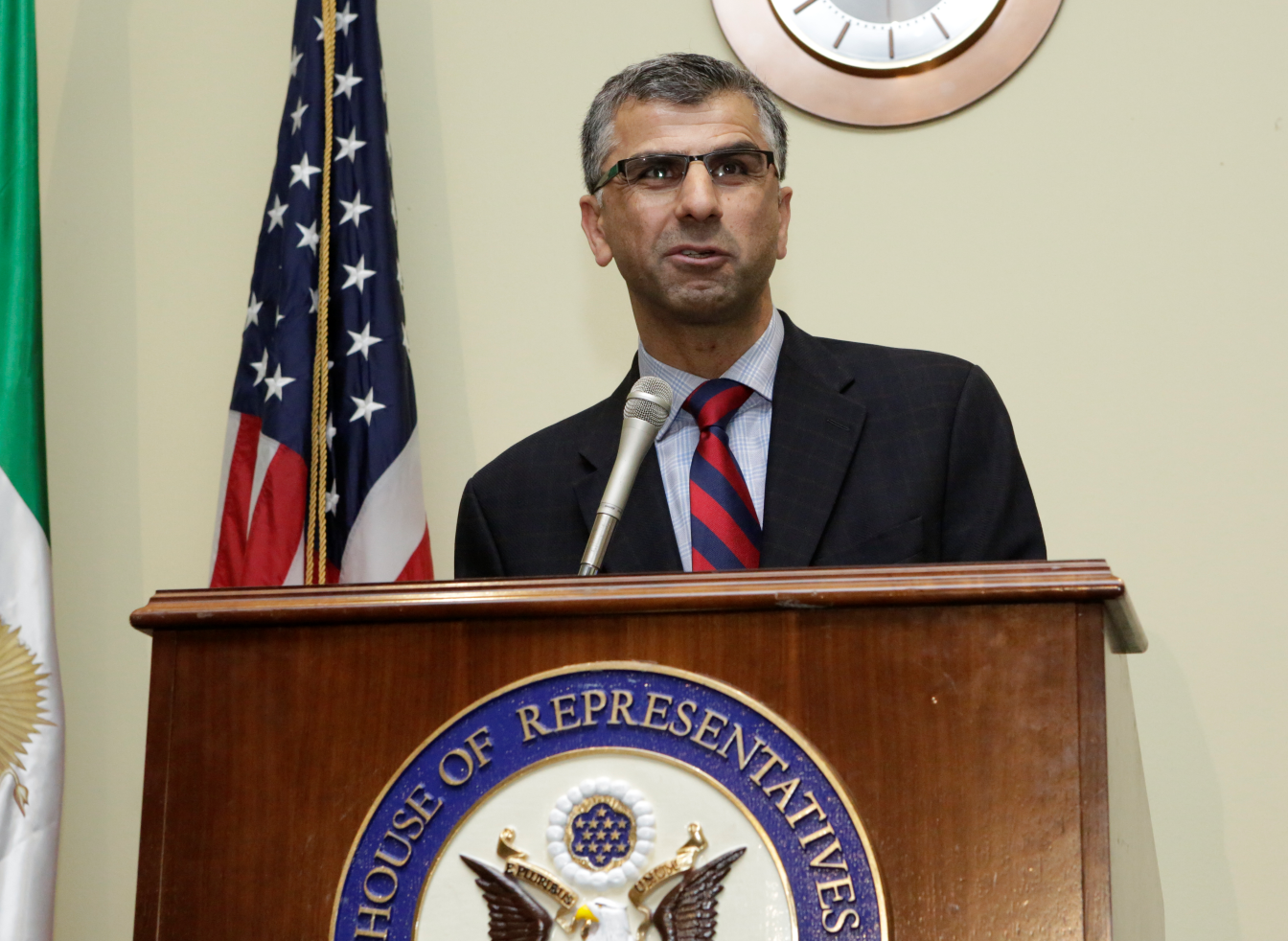 Dr. Majid Sadeghpour introduces Members of Congress to share their remarks with Iranian Americans on the Capitol Hill. Congressmen Engel, Poe, Coffman, Sherman and Congresswoman Ros-Lehtinen were among dozen speakers at this briefing. January 24, 2017

04/24/2017,
The Hill
With help from US, transformative change in Iran is within reach
http://thehill.com/blogs/pundits-blog/foreign-policy/330235-with-help-from-us-transformative-change-in-iran-is-within

2/07/17,
The Hill
Why the Iranian people support a tougher policy toward Tehran
http://thehill.com/blogs/congress-blog/foreign-policy/318347-why-the-iranian-people-support-a-tougher-policy-toward 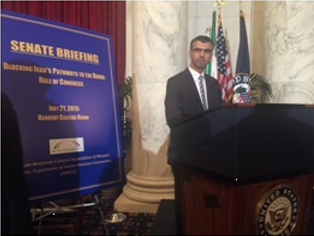 08/24/2015
The Hill
Iranian regime’s “moderates” and the nuke deal
http://thehill.com/blogs/congress-blog/foreign-policy/251701-iranian-regimes-moderates-and-the-nuke-deal

04/21/2015,
The Townhall.com
Operation Storm of Resolve: Lessons for the US Iran Policy.
http://townhall.com/columnists/majidsadeghpour/2015/04/21/operation-storm-of-resolve-lessons-for-the-us-iran-policy-n1988371/page/full

12/08/2014,
The Hill
Little to show after the yearlong talks with Iran
http://thehill.com/blogs/congress-blog/foreign-policy/226172-little-to-show-after-the-yearlong-talks-with-iran 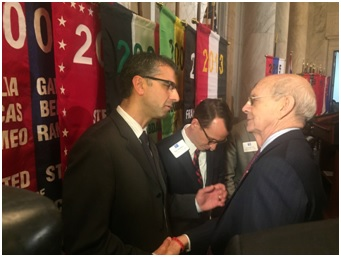 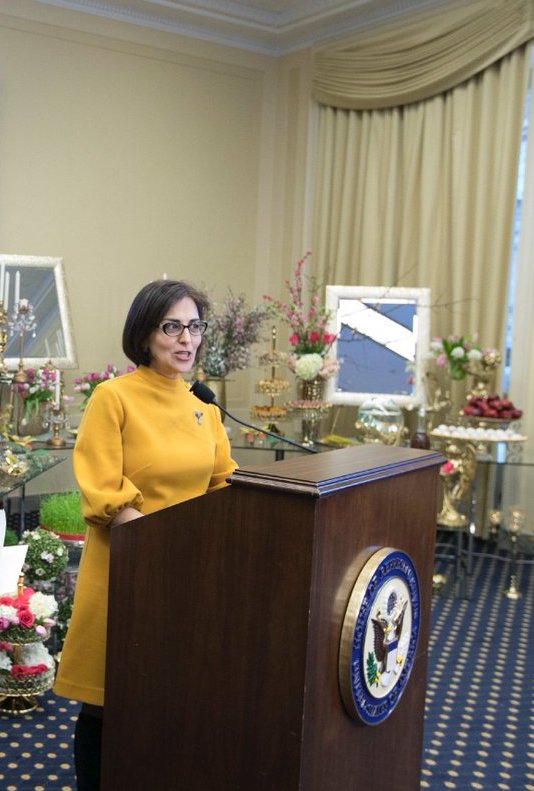 Dr. Ramesh Sepehrrad is a Vice President at Comcast. She responsible for overall governance, technology risk and compliance as it relates to information and infrastructure strategy at Comcast. She oversees the several cyber security teams focusing on the protection of customer data, the security

of Comcast’s Enterprise and Delivery infrastructure as well as all technology compliance relatedactivities. Focus areas for her and her team include, data security, network security, application security, technology risk management, policy compliance, regulatory compliance, as well as customer privacy. Dr. Sepehrrad joined Comcast in April of 2007 and brings over 20 years of focused Information Technology, Engineering, and Security experience from a variety of industries. These industries include telecommunication, ISP’s, and manufacturing sectors.

Dr. Ramesh Sepehrrad is also a scholar practitioner at the School of Conflict Analysis and Resolution (SCAR) at George Mason University, Fairfax, Virginia, USA. Dr. Sepehrrad has focused her research and field work on Iranian affairs as it relates to political governance, human rights, gender equality and U.S. policy.

Her parents and sister were arrested by the fundamentalist regime in Iran during the 1980s for helping to publish pro-democracy literature; detained at the age of 14, her sister was kept in prison for two years. 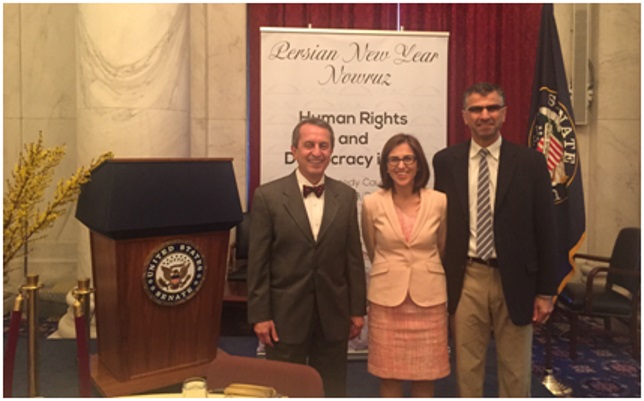