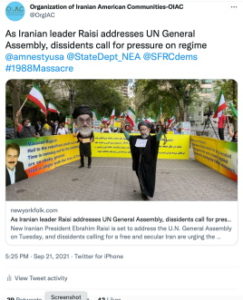 American Community leaders held a rally across from the UN Plaza in New York City and called on the international community to hold Iranian regime president Ebrahim Raisi accountable for crimes against humanity. Event’s speakers and participants urged the U.S. to take a leading role in a U.N. backed investigation into the 1988 Massacre of 30,000 political prisoners in Iran and underlined Iranian regime’s president Ebrahim Raisi’s role in the 1988
massacre as well as ongoing executions in Iran.

In 1988, as Deputy Prosecutor of Tehran, Ebrahim Raisi was one of the four individuals appointed by then the regime’s Supreme Leader Ruhollah Khomeini in the ‘Death Commission’ to carry out his heinous fatwa for the genocidal massacre of thousands of political prisoners. Raisi was the most active and most ruthless member of the notorious ‘Death Commission.’ He boasted on June 2, 2020, “Well, these [MEK] should not be given a chance… These are the people to whom the Imam [Khomeini] said we shouldn’t have shown any mercy, and the Imam knew them well.” 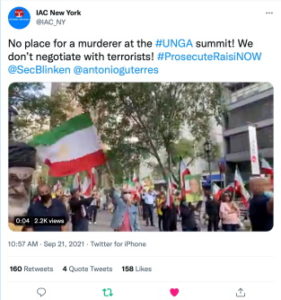 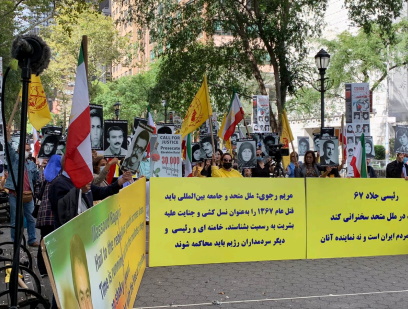 While rejecting Raisi’s rise to power in Iran, on June 19, 2021, Amnesty International said, “That Ebrahim Raisi has risen to 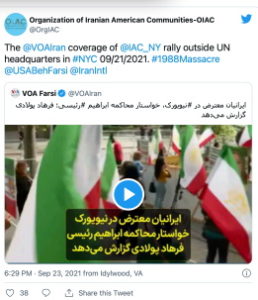 the presidency instead of being investigated for the crimes against humanity of murder, enforced disappearance and torture, is a grim reminder that impunity reigns supreme in Iran.”

The rally also called on UN member states to impose comprehensive sanctions on the regime for the flagrant violations of human rights, export of terrorism, continued ambitious nuclear and missile program and wreaking havoc in the Middle East. 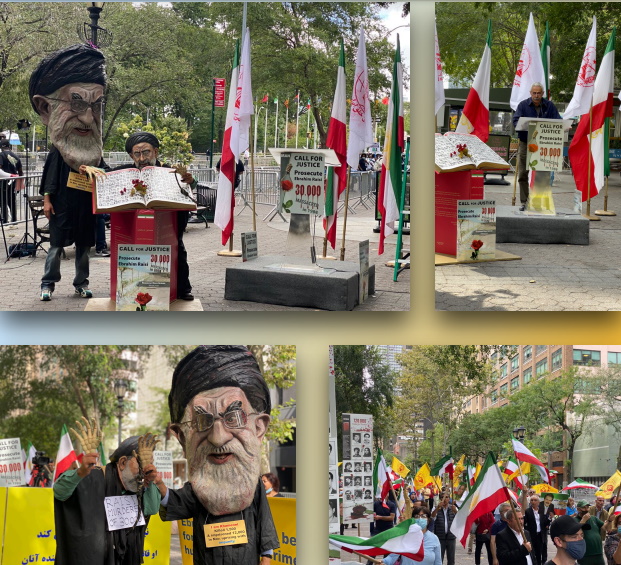