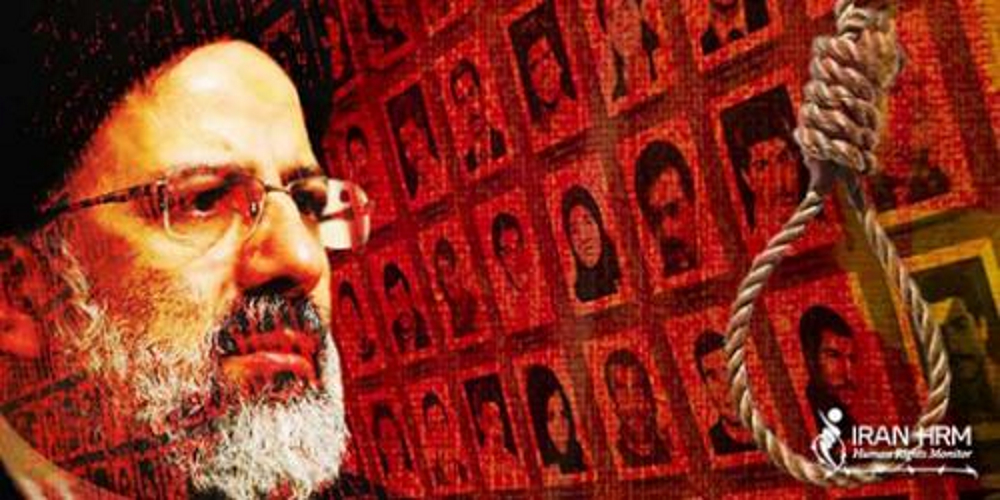 In June 2021, following a sham election process, Iranian regime selected Ebrahim Raisi as its next president. His rise in the religious theocracy reveals yet again, a regime in Tehran “that is concentrating around a core of ruthless murderers even as their hold on the country is weakening.” Ebrahim Raisi is one of the Islamic republic’s most notorious killers who In 1988, helped engineer the execution of more than 30,000 political prisoners.  As head of the Islamic Republic’s Judiciary, Raisi also played a key role in the murder of 1500 anti-regime protesters, as well the arrest and torture of thousands more, following the 2019 nationwide uprising in Iran.

Ebrahim Raisi stepped into Iran’s political scene after the 1979 revolution as a pro-Khomeini cleric willing to carry out his mentor’s every command. Raisi, 61, started training as a cleric in Qom’s seminary at 15, and joined the Judiciary as assistant prosecutor in Karaj at 19. He became the prosecutor of the Revolutionary Court of Karaj (fourth most populated city of Iran) when he was only 20, and rose to Judiciary Chief in 2019. A cleric who is close to Supreme Leader Ali Khamenei, Raisi has in the past been both a regular prosecutor and a special prosecutor of the court for clerics and a member of the “death commission,” that Ayatollah Ruhollah Khomeini appointed in 1988 to interrogate and execute political prisoners, including journalists.

United Nations Human Rights experts, Amnesty International, and a growing list of organizations and persons are calling Ebrahim Raisi to be investigated for crimes against humanity.  The following is a partial tabulation of publicly available documents and articles on Raisi.