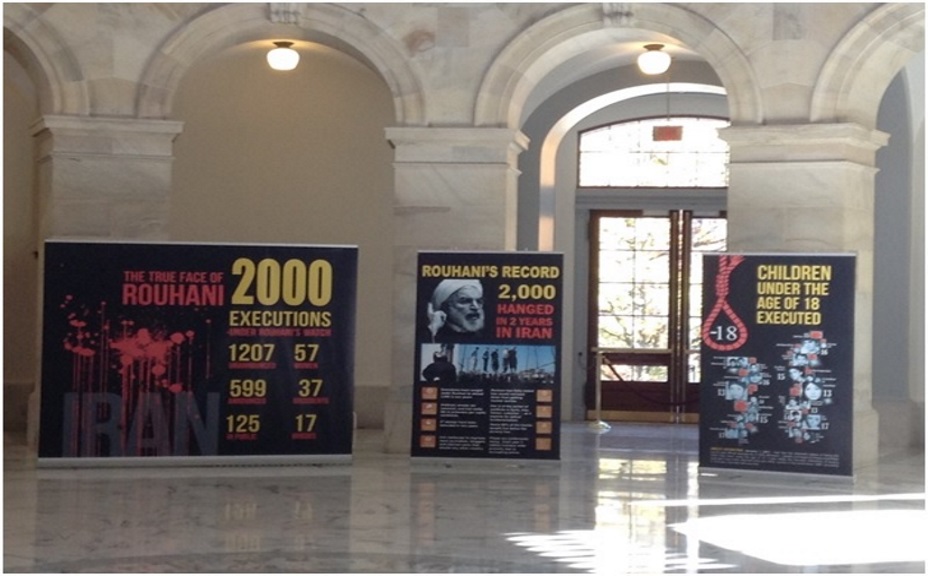 We are inviting you to join us at a photo exhibition on Human Rights Conditions in Iran organized for December 14, 15, 16th in the Rayburn Foyer.

As you know, Iranian regime is among the world’s most notorious violators of human rights.  Iranian government executes more per capita than any other nation in the world, even as its’ President Hassan Rouhani paints a moderate and diplomatically savvy image.

In his yearly report, U.N.’s special rapporteur for human rights in Iran noted that the country’s rights situation and the number of executions remain alarming despite the nuclear deal.  Juvenile executions were specially noted, as were various forms of torture, surgical removal of eyes, flogging, and limb amputations.

This week in in the southern town of Baft, 1 prisoner was hanged in public, while 3 others were similarly executed in prison.   On November 10th, Ali Jalali, a17 year-old bakery worker was killed by Iranian Revolutionary Guards during a security raid on merchants in the city of Ahwaz.  Meanwhile, families of political prisoners have continued their daily protest outside Iran’s notorious Evin prison in the capital city of Tehran.

Worldwide condemnation and demand for accountability from the Iranian government is nothing new but is gathering extraordinary momentum given Iran’s predatory behavior both within and outside the country.

We invite you to participate, believing fully that your participation will greatly empower our community’s efforts to address rights violations in Iran and help enable democratic change by the Iranian people.