U.S. must uphold promises to Iranian dissidents
Last month, 24 Iranian dissidents were killed in a rocket attack
This was the seventh time the group had been bombed by Iran or its allies
If the dissidents are wiped out, so is the dream of a democratic Iran
Sen. John McCain’s proposal of providing U.S. air cover for Camp Liberty would be a step in the right direction.

Special to the Observer
I have long advocated that the United States must uphold its promises to protect the thousands of unarmed Iranian refugees in Iraq as they await final resettlement to third countries through the United Nations. To my regret, warnings of an impending bloodbath perpetrated by Tehran came true last month when 24 Iranian dissidents were killed in a horrific rocket attack against their defenseless encampment. Dozens more were wounded.

Over 80 missiles rained into Camp Liberty, where 2,200 members of the main Iranian opposition group, the Mujahedin-e Khalq (MEK) have lived since February 2012, when they agreed to relocate from Camp Ashraf, their home of 25 years, as a good faith gesture to then-Secretary of State Hillary Clinton. In 2003, the group disarmed – just two years after renouncing violence in exchange for U.S. protection. 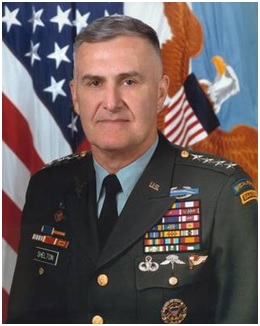 But the U.S. has consistently reneged on its written commitment to these defenseless refugees, even in the wake of repeated attacks.
This is the seventh time during their stay in hellish purgatory that Tehran or Iraqi proxies have attacked. Iranian-made rockets were found among the missiles that hit the camp in the recent assault.

The timing of the attack is revealing. Emboldened by the nuclear deal, Tehran has stepped up targeted killings in Iraq and Syria, while taking a more heavy-handed approach towards opposition at home and beyond. A host of former American military and bipartisan government leaders have been unequivocal about the threat of growing Iranian influence to western interests in the region. The Obama administration has responded by keeping our sworn enemy closer, even inviting them to participate in prospective discussions on ending the Syrian conflict.

It is no surprise – but a colossal moral and strategic failure – that the administration has turned a blind eye to the dissidents languishing in Iraq. The regime in Tehran fears the MEK. In turn, the Obama administration was not about to jeopardize its chances to negotiate even a flawed nuclear deal by addressing the plight of these refugees. Even if it meant breaking a decade-long promise that could have saved dozens of lives in Camp Liberty.

With no arms and no protection, the dissidents are sitting ducks. They have been awaiting relocation to friendly, democratic nations. But in the absence of offers of asylum from the U.S., few have managed to leave the country.

Secretary of State John Kerry condemned the latest strike as a “brutal, senseless terrorist attack” and vowed to work with the UN High Commissioner for Refugees to speed up the relocation process. Despite the Secretary’s good intentions, however, the emptiness of his rhetoric rings in my ears. At least 140 residents have been killed since 2009 while the administration has simply watched on the sidelines. And at the current pace of relocation, it will take another six years – until 2021 – when the last of these residents is out of harm’s way.

Preventing further attacks by providing US air cover for Camp Liberty – as proposed by Senate Armed Services Committee Chair John McCain – would be a step in the right direction.

Turning a blind eye to targeted attacks on Camp Liberty only impedes the fight for democracy in Iran. Opposition leader Maryam Rajavi has laid out her ten-point plan for the future of Iran, which includes free and fair elections, the rule of law, safeguards for the rights of women and minorities, and a non-nuclear state that values peace with its neighbors.

With each death of a dissident sworn to uphold this plan, the dream of a democratic Iran slips further away, as does the credibility of the U.S.

General Hugh Shelton was the 14th Chairman of the Joint Chiefs of Staff.