Iranians at home and abroad came together on Sunday to take part in a social media campaign where they spread their anti-regime messages under the hashtag #BoycottIranShamElections, which got tens of thousands of shares in just the first day.
The Iranian opposition, has been calling on the people to boycott the elections for years, citing that nothing has ever changed under the ruling theocracy or will ever change.

Over the past year, the opposition’s internal network have been leading a rigorous and well-supported campaign advocating an all-out election boycott, by putting up posters of opposition leaders on highways and anti-regime graffiti on public walls in the city. There were at least 250 demonstrations in April alone.
Click to read more 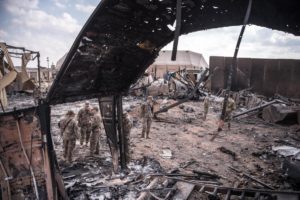 BAGHDAD — The United States is grappling with a rapidly evolving threat from Iranian proxies in Iraq after militia forces specialized in operating more sophisticated weaponry, including armed drones, have hit some of the most sensitive American targets in attacks that evaded U.S. defenses.

At least three times in the past two months, those militias have used small, explosive-laden drones that divebomb and crash into their targets in late-night attacks on Iraqi bases — including those used by the C.I.A. and U.S. Special Operations units, according to American officials.
Click to read more 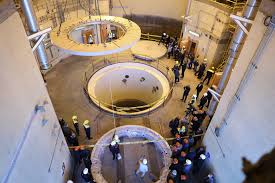 “The lack of progress in clarifying the Agency’s questions concerning the correctness and completeness of Iran’s safeguards declarations seriously affects the ability of the Agency to provide assurance of the peaceful nature of Iran’s nuclear program.” -IAEA Director General Rafael Grossi

This analysis summarizes and assesses information in the International Atomic Energy Agency (IAEA’s) periodic safeguards report, NPT (Nuclear Non-Proliferation Treaty) Safeguards Agreement with the Islamic Republic of Iran, the most recent of which was issued on May 31, 2021. The IAEA reports that no progress was made in its investigation into Iran’s undeclared nuclear material and activities, an inquiry that began anew in 2018; Tehran continues to stonewall IAEA requests for documentation, information, and explanations. As a result, the IAEA issues an atypical condemnation of Iran’s cooperation, “The lack of progress in clarifying the Agency’s questions concerning the correctness and completeness of Iran’s safeguards declarations seriously affects the ability of the Agency to provide assurance of the peaceful nature of Iran’s nuclear program.”
Click to read more 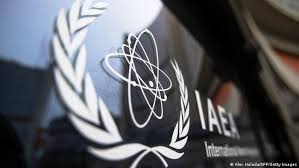 In its May 31 report, obtained by CBS News, the International Atomic Energy Agency (IAEA) said that it has “not had access” to several key pieces of information since February 23. These include data on Iran’s stockpiles and production of heavy water, “the data and recordings collected” by equipment designed to monitor centrifuges and “the data from [the Agency’s] online enrichment monitors and electronic seals” as well as “the measurement recordings registered by its installed measurement devices.”
Click to read more 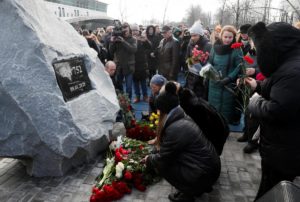 PS752: Ukraine turns down Iran’s offer to pay US$150,000 for each victim
The ministry says talks on compensation to the victims’ families should start after all those involved in the crime are held liable.
UNIAN.info, June 5, 2021

“The ultimate goal of Ukraine and other affected states should be to ensure justice for the victims of the Ukrainian flight PS752 tragedy and their relatives, and to prevent such crimes in the future. Of course, the issue of compensation is an important element of this process,” Nikolenko said.
Click to read more 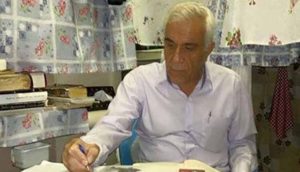 No information is available on the health conditions of Arzhang Davoudi, 68, who has been detained in the high security ward of Rajaishahr Prison (Gohardasht) in Karaj, isolated from other inmates since May 27, 2021.

Political prisoner Arzhang Davoudi was transferred to Rajaishahr Prison after long years of exile in remote prisons in Ahvaz, Bandar Abbas, and Zabol. Prisons authorities and Intelligence Ministry agents held him incommunicado and subjected him to torture and harassment in a bid to break him.

The Greater Tehran Penitentiary did not accept Mr. Davoudi, fearing that his contact with young prisoners arrested and detained during the November 2019 protests would boost their morale and resistance in prison.
Click to read more

Get to know Ebrahim Raisi, a candidate in Iran presidential election and an executioner in 1988 massacre 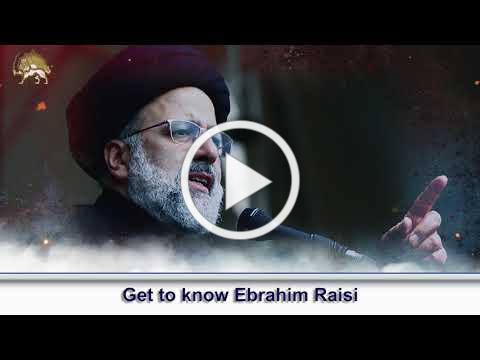