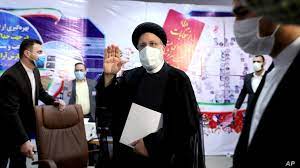 US Says Iranians Should be Free to Choose Own Leaders
VOA, May 28, 2021

WASHINGTON – The Biden administration has responded to Iran’s mass disqualification of candidates for its upcoming presidential election by saying Iranians should be free to choose their own leaders.

The White House statement coincides with sharp criticism of Iran’s electoral system from Iranian rights activists and U.S. conservatives as neither free nor fair.

Iran’s Guardian Council, which vets election candidates, on Tuesday approved a final list of seven contenders for the June 18 vote to replace outgoing two-term President Hassan Rouhani. The 12-member council of jurists and clerics overseen by Iranian Supreme Leader Ayatollah Ali Khamenei disqualified 583 other people who applied to run in the election, leaving only the seven conservative Khamenei loyalists, of whom judiciary chief Ebrahim Raisi is the most prominent.
Click to read more 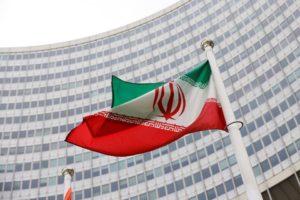 Iran has failed to explain traces of uranium found at several undeclared sites, a report by the U.N. nuclear watchdog showed on Monday, possibly setting up a fresh diplomatic clash between Tehran and the West that could derail wider nuclear talks.

Three months ago Britain, France and Germany scrapped a U.S.-backed plan for the International Atomic Energy Agency’s 35-nation Board of Governors to criticise Iran for failing to fully explain the origin of the particles; the three backed off as IAEA chief Rafael Grossi announced fresh talks with Iran.
Click to read more 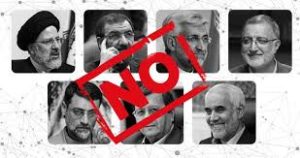 Crisis Brewing? Following Protests, Iranians Threaten to Boycott Presidential Election
Western policymakers and the entire international community should make it clear that they support any effort by the Iranian people to push back against state repression and to advocate for democracy.
National Interest.CA, May 23, 2021

Candidates in the Iranian regime’s next presidential election in June include alleged mass murderers, corrupt embezzlers, subjects of both European and American sanctions for human rights abuses, and persons who have been implicated in foreign assassinations and bombings.
The presumptive front-runner is Ebrahim Raisi, who was one of the leading perpetrators of the massacre of 30,000 political prisoners in 1988.

No wonder that the majority of Iranians are expected to reject the elections entirely. Various Iranian officials and state media outlets have already warned of this possibility.
Beyond that, the elections, which are widely regarded as a sham, take place against the backdrop of major uprisings.
Click to read more 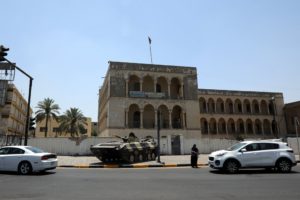 Iraq Arrests Militia Leader, Inciting a Standoff With Iran-Backed Forces
The arrest of an Iranian-backed paramilitary leader in the killing of government protesters enraged powerful militias in Iraq and posed a test of the prime minister’s pledge to rein them in.
The New York Times, May 27, 2021

BAGHDAD — Iraq’s leader has been under intense pressure to rein in the dozens of paramilitary groups that are nominally under the command of the Iraqi government but have proved seemingly impossible for him to control.
That was made abundantly clear this week, when Prime Minister Mustafa al-Kadhimi ordered a move against one militia leader and quickly paid a price.

After government forces arrested a paramilitary commander on Wednesday, Iraqi militias backed by Iran mounted a show of force in and around the heavily guarded Green Zone in Baghdad, in a confrontation that goes to the heart of who controls security in Iraq.
Click to read more 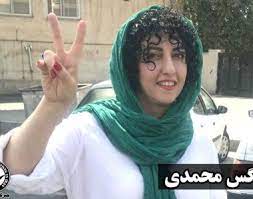 EU calls on Iran to review sentencing of female activist
The Washington Post, May 27, 2021

DUBAI, United Arab Emirates — The European Union on Thursday called on Iran to review a case of a prominent female human rights activist who was sentenced to 30 months in prison and 80 lashes on charges of protesting against the killing of protesters during the country’s 2019 unrest.

A spokesperson for the bloc urged Iran to look into the case of Narges Mohammadi under “applicable international human rights law and taking into account her deteriorating health condition.”
Click to read more 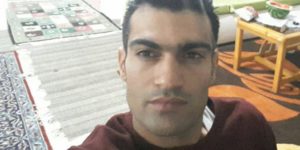 Call to prevent the execution of political prisoner Mehran Gharebaghi
Iran-hrm, May 25, 2021

The Iranian regime’s Ministry of Intelligence and Security (MOIS) has recently informed the family of political prisoner Mehran Gharebaghi in Behbahan that he had been sentenced to death.
Mehran Gharebaghi, 29, a Bachelor of Science in Agriculture, was arrested on January 18, 2020, along with a friend, Majid Khademi, 29, and transferred to Behbahan Prison after a month-long interrogation.

The MOIS agents demanded that Mehran’s family pressure him to recant, collaborate with the ministry. This they said, must happened before a formal court ruling is issued.
Click to read more