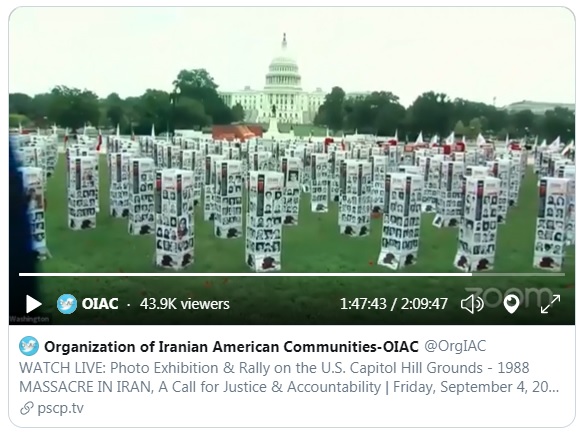 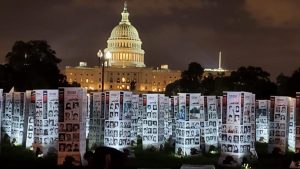 Displaying thousands of pictures and posters memorializing over 120,000 men, women and children murdered by the regime for their political beliefs in Iran, Organization of Iranian American Communities (OIAC) held a large photo exhibition on the lawn of the U.S. Capitol, Friday September 4, 2020, urging accountability for the 1988 massacre of 30,000 political prisoners, the November 2019 murder of 1,500 protesters, and the assassination of political dissidents abroad.

Bipartisan members of Congress, personalities, and family members of the victims of the atrocities addressed the event.
Click to read more 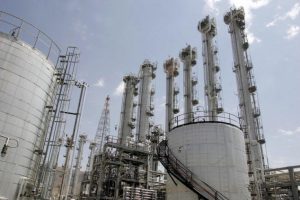 The United States has evidence that Iran is stockpiling enriched uranium, the key component in a nuclear weapon, in direct violation of international restrictions on Tehran’s use of the fissile material.

Nuclear experts predict that Iran is now just 3.5 months away from the “breakout time,” a measurement of how close the country is to having the technology and materials to construct a nuclear weapon. It also now has the fuel to potentially construct two separate bombs.
Click to read more 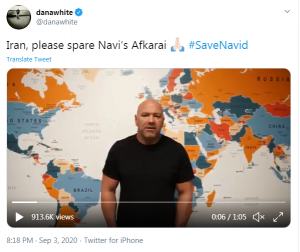 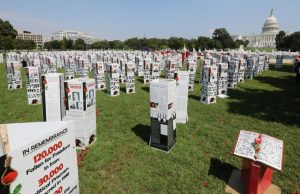 The faces of thousands of people killed by the Iranian regime were featured in a photo exhibit outside of Capitol Hill on Friday.

“Today’s exhibit of pictures of 120,000 fallen for freedom in Iran manifests the Iranian people’s resolve for freedom while urging the international community to apply maximum pressure on the regime, including referring its human rights record to the U.N. Security Council,” Ramesh Sepehrrad, an advisory board member for the Organization of Iranian American Communities, told the Washington Examiner.
Click to read more 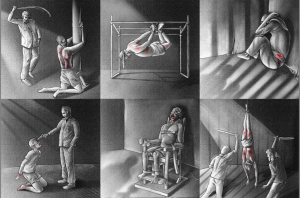 Iran’s police, intelligence and security forces, and prison officials have committed, with the complicity of judges and prosecutors, a catalogue of shocking human rights violations, including arbitrary detention, enforced disappearance, torture and other ill-treatment, against those detained in connection with the nationwide protests of November 2019, said Amnesty International in a damning new report published today.
Click to read more 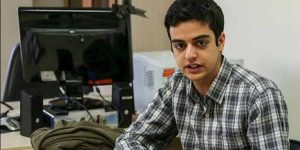 Aida Younesi, the sister of detained award-winning student Ali Younesi says her brother has been pressured to make televised confessions to commute his death sentence.

In a tweet on Saturday, September 6, Younesi said that the Ministry of Intelligence agents in charge of investigating her brother’s case told him on Wednesday that he will not be sentenced to death if he makes a televised confession.
Click to read more

Photos of Tens of thousands killed by Iranian regime