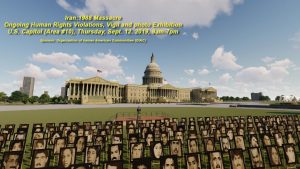 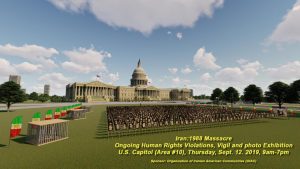 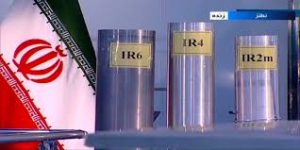 Iran has installed dozens of advanced centrifuges to accelerate uranium enrichment, the United Nations’ atomic watchdog disclosed Monday, a revelation representing just the latest in a series of provocative breaches of the 2015 nuclear deal by the Islamic Republic.

A spokesperson for the International Atomic Energy Agency said Monday inspectors confirmed the new centrifuges, which include 30 advanced IR-6 and three IR-6s models.

The centrifuges had been or were being installed, but had not yet been tested, according to the spokesperson.
A centrifuge enriches uranium by spinning uranium hexafluoride gas. Under the four-year-old atomic accord, Iran is supposed to be limited to operating 5,060 older IR-1 centrifuges. 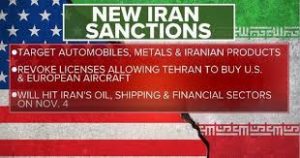 WASHINGTON, Sept 4 (Reuters) – The United States on Wednesday sanctioned a sprawling network of firms, ships and individuals allegedly directed by Iran’s Islamic Revolutionary Guard Corps that supplied Syria with oil worth tens of millions of dollars in a breach of U.S. sanctions.

The individuals included a former Iranian oil minister and his son, the U.S. Treasury Department said in a statement. Also hit were subsidiaries of an Indian firm with an interest in the Adrian Darya, the Iranian tanker that has been cruising the Mediterranean since its release from detention by authorities in Gibraltar in July, it said.

The Treasury Department’s Office of Foreign Assets Control action froze any assets in the United States of the designated entities and generally prohibited any U.S. citizens or companies from doing business with them.

The department said that the Qods Force, the IRGC’s elite foreign paramilitary and espionage arm, and Hezbollah, the Iranian-backed Lebanese militia movement, profited financially by supplying Iranian oil and petroleum products, mostly to Syria, that this spring alone were worth more than $750 million. 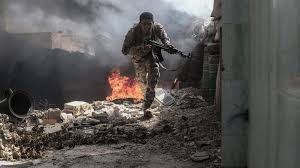 The Syrian Observatory for Human Rights, a UK-based monitoring group, said at least 18 Iranian and pro-Iranian fighters were killed. It was not clear who carried out the overnight strikes in and around the town of Albu Kamal.
But Israel has carried out hundreds of attacks on Iranian-linked targets in Syria during the country’s civil war.

It has sought to thwart what it calls Iran’s “military entrenchment” in Syria and shipments of Iranian weapons to militant groups such as Hezbollah in Lebanon.

The Syrian Observatory for Human Rights cited its sources as saying the unidentified warplanes had bombed bases, arms depots and vehicles belonging to Iran-backed militias in al-Hizam al-Akhdar and other areas around Albu Kamal. 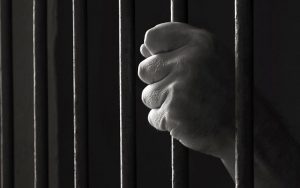 August Is Marked by Arrests and Harsh Sentences of Activists in Iran
The NCRI, September 9, 2019

Iranian Human Rights Monitor has issued their monthly report into human rights abuses in Iran and, as always, it makes for disturbing reading. The August report is filled with examples of a brutal clampdown on Iranian society, in the midst of various economic, social, and political crises, in an attempt to silence dissent.

At least 41 people were executed in Iran in August 2019, with two executions taking place in public.
Over 30 activists, workers, and journalists have been sentenced to flogging and prison; 21 of them for participating in protests.

Several of them were charged with attending Labour Day demonstrations on May 1, including: 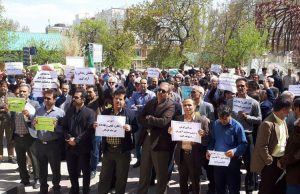 There were over 177 protests in 57 Iranian cities, villages and industrial regions during August, averaging at six per day, even as the Iranian authorities increased its suppression of workers, teachers and activists. Here we will look at some of those protests.

Iranian workers staged 83 protests in 29 different places, at an average of three protests per day. Most of them were protesting delayed wages, lack of job security, the dismissal of workers, the non-renewal of workers’ contracts, privatization, and low wages. Some of the most important protests were held by Shafavard Forest Company rangers, Sisakhat municipality workers, HEPCO workers, Fasa Sugar Cube factory workers, and RAMCO (Rehabilitation & Maintenance Petrochemical Co.) workers.

Teachers in Iran held 17 demonstrations across eight cities to protest low wages, dire livelihood conditions, unpaid wages, not being officially hired, the arrest of teachers, and other things. These protests were more organized than the previous ones and there were more of them since school restarted.

USA Today, September 9, 2019; by Joseph lieberman
Iranian energy official Behrouz Kamalvandi says “there’s not much time left” to save the nuclear agreement Iran entered into four years ago with the United States and several other countries. That is encouraging, because this is an agreement that should not be saved.

From the beginning, the Joint Comprehensive Plan of Action (JCPOA) was a bad agreement for the United States and our allies in the region. That’s because it only paused Iran’s nuclear project, instead of ending it, and did nothing to stop Iran’s aggression against its neighbors, or its support of terrorism, or its brutal repression of the Iranian people.

President Donald Trump saved the world from the worst of the JCPOA when he withdrew America from it last year and imposed broad new economic sanctions against the Islamic Republic of Iran and its leaders.

US sanctions have reduced Iran impact
As a result, Iran’s economy is in a tailspin — with the International Monetary Fund projecting it will shrink by 6% this year, down from 3.8% growth in 2017. Inflation may reach 40% or higher in 2019. And the sanctions have cost Iran at least $10 billion in lost oil sales.

“For over 40 years, Iranian people and the civilized world have in one way or another struggled with destructive policies and actions of the clerical regime in Tehran. Also for 40 years, the Iranian regime had driven a skewed narrative on this important topic – adversely affecting the lives of the Iranian people and to some extent, international policymaking. A video miniseries- developed and produced by The Hill dissects and explain the relevant developments. We invite you to review the ninth segment of this video series. “