Are you coming to the solidarity march for a free Iran?

LOCATION
Washington, DC (in front of the U.S. Department of State)

Iranian-Americans from across the United States will attend a solidarity march for a free Iran. Please RSVP at info@oiac.org

“For over 40 years, Iranian people and the civilized world have in one way or another struggled with destructive policies and actions of the clerical regime in Tehran. Also for 40 years, the Iranian regime had driven a skewed narrative on this important topic – adversely affecting the lives of the Iranian people and to some extent, international policymaking. A video miniseries – developed and produced by The Hill dissects and explain the relevant developments. We invite you to review the seventh segment of this video series. “ 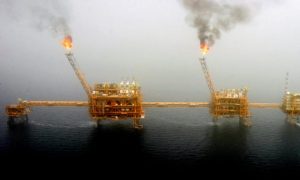 US imposes sanctions on Iran’s largest petrochemical group
PGPIC hit with economic penalties because of its ties to Revolutionary Guards, US treasury says
The Gaurdian, June 8, 2019

The United States has hit Iran’s Persian Gulf Petrochemical Industries Company (PGPIC) with economic sanctions due to its ties with the country’s Revolutionary Guards (IRGC), the Treasury department has said.
The move aims to choke off financing to the country’s largest and most profitable petrochemical group and extends to its 39 subsidiaries and “foreign-based sales agents,” Treasury said in a statement.
Those include UK-based NPC International and Philippines-based and NPC Alliance Corporation that are controlled by PGPIC.

“This action is a warning that we will continue to target holding groups and companies in the petrochemical sector and elsewhere that provide financial lifelines to the IRGC,” Treasury secretary, Steven Mnuchin, said in the statement.

The PGPIC group holds 40% of Iran’s total petrochemical production capacity and is responsible for 50% of the country’s petrochemical exports, Treasury said. Treasury warned that international companies continuing to partner with PGPIC or subsidiaries and sales agents “will themselves be exposed to US sanctions.” 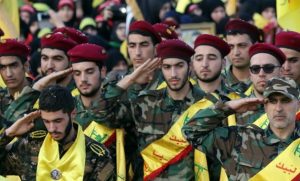 Terrorists linked to Iran were caught stockpiling tonnes of explosive materials on the outskirts of London in a secret British bomb factory, The Telegraph can reveal.

The plot was uncovered by MI5 and the Metropolitan Police in the autumn of 2015, just months after the UK signed up to the Iran nuclear deal. Three metric tonnes of ammonium nitrate was discovered – more than was used in the Oklahoma City bombing that killed 168 people and damaged hundreds of buildings.
Police raided four properties in north-west London – 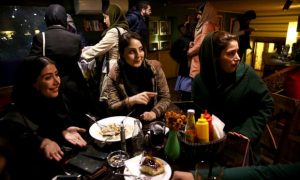 Iranian police shut down more than 500 restaurants and cafes in Tehran for not observing “Islamic principles” including modesty, the capital city’s police chief announced Saturday. “The owners of restaurants and cafes in which Islamic principles were not observed were confronted, and during this operation 547 businesses were closed and 11 offenders arrested,” Hossein Rahimi said in statement Saturday, as AFP reported.

The violations included “unconventional advertising in cyberspace, playing illegal music and debauchery,” according to the Fars news agency, which added that the operation was carried out over the past ten days inside the secretive nation. Women in Iran are required to dress modestly and under the Islamic dress code they can show only their faces, hands and feet in public and cannot wear bold colors. Alcohol is also banned in Iran. 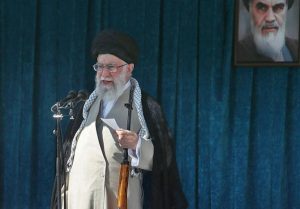 Iran’s politicians and state-owned news outlets will dedicate significant coverage this week to the commemoration of the founder of the Islamic Republic, Ayatollah Ruhollah Khomeini, who died on June 3, 1989.

These ceremonies are part of the regime’s propaganda machine, an attempt to show that the theocratic establishment still enjoys legitimacy not only inside Iran but also in other countries 40 years after its establishment. Many who take part are either members of the Islamic Revolutionary Guard Corps or government employees forced to attend or run the risk of losing their job, income and livelihood.

As they do every year, the regime will try to show that Khomeini still enjoys significant respect.
Ceremonies are organized and broadcast in countries such as Lebanon, Iraq, Spain, India and even China, although the regime is always the paymaster.

The ruling clerics aim to show their loyalists that their system of governance enjoys popularity in Iran and abroad. But the reality on the ground is that the Islamic revolution of 1979 has gone bankrupt, as protests continue against high inflation, rising food prices and economic mismanagement. The economic situation is dire for most Iranians. 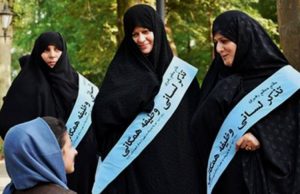 A 2,000 strong Basij group has been launched in the northern Iranian province of Gilan to counter what Iran calls “improper hijab”, according to an Iranian Revolutionary Guards Corps (IRGC) commander.

Mohammad Abdollahpour, the commander of the Gilan Quds Force, said on June 4 that this marked a new “chapter of promoting virtue and prohibiting vice” in the province. He continued to say that the Basij would give verbal notices and take action against “improper” actions but failed to elaborate on what these were.

He said: “The issue of ‘chastity and hijab’ (attire rules) are no ordinary matters. In fact, they are considered political and security dossiers for the country… The enemy is focusing on encouraging our people into a Western lifestyle.”

According to the IRGC commander in Gilan Province, there have been over 28,000 cases of “bad hijab” or mal-veiling warnings issued across the province, so the IRGC Basij have dispatched “around 22,000 people in Gilan’s neighbourhoods” in their weekly patrols.

This new wave of civil liberties crackdowns seems to be linked to the “Razavion” patrols that Iran’s Police Chief announced in early May, which are purely linked to the ongoing protests by the Iranian people.
Hossein Ashtari told IRNA News Agency on May 8: “An agreement has been reached between the police and the Basij Organization in the context of further engagement and cooperation on the launch of the Razavion Patrol.”

Solidarity March with Uprising and the Iranian Resistance