Mr. Alavi is an Iranian activist focusing on human rights, social crackdown, the regime’s support for terrorism, and its nuclear program.

The regime in Iran suffered a major setback after former president and figurehead Ali Akbar Hashemi Rafsanjani died of a heart attack on Sunday. He was 82. 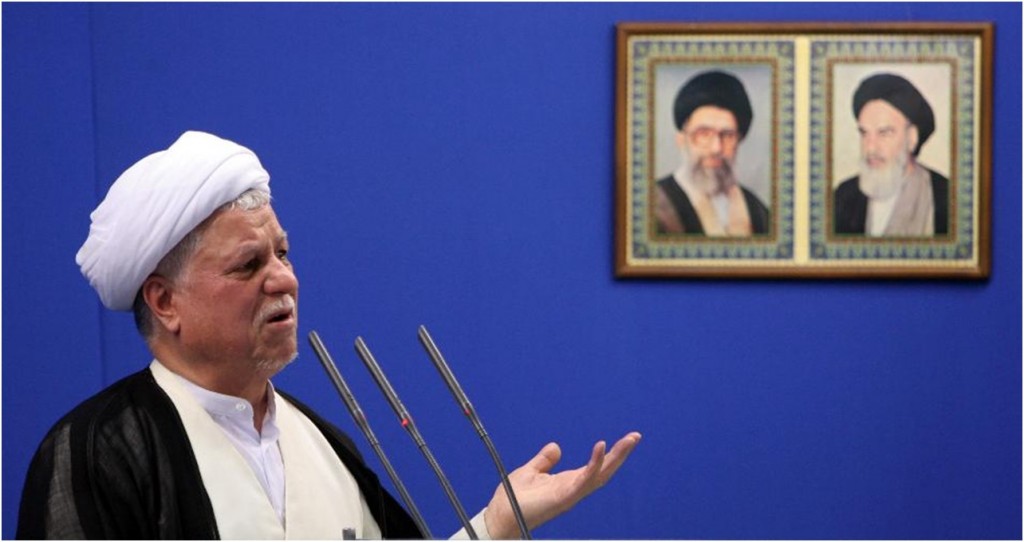 Following the 1979 revolution, Rafsanjani played an influential role in structuring the regime’s policies, and his death will leave a significant power vacuum, coming less than four months prior to significant presidential elections.

Known for his persuasive role in shaping the regime’s politics following the 1979 revolution, Rafsanjani will leave a power vacuum in his wake.

During the past four decades Rafsanjani preserved a top role in the regime’s domestic crackdown, exporting Islamic fundamentalism, terrorism and extremism, and spearheading Iran’s effort to acquire nuclear weapons through an underground program.

“The death of Rafsanjani, one of the pillars of the religious fascism ruling Iran and its balance factor collapsed, and the regime in its entirety is closer now to its overthrow,” said Iranian opposition leader Maryam Rajavi, President of the National Council of Resistance of Iran.

Following the Iran-Iraq War from 1980 to 1988, serving as Parliament Speaker and deputy commander of armed forces, Rafsanjani reached the presidency in 1989 and held this post until 1997. After two years of the so-called “reformist” Mohammad Khatami as president, Rafsanjani attempted to run for the office once again in 2005, only to succumb to hothead Mahmoud Ahmadinejad.

Of course, Rafsanjani was definitely considered part and parcel to the religious establishment in Iran, bearing in mind his special ties to regime founder Ruhollah Khomeini, who died back in 1989. However, appeasement advocates in the West dubbed him as a “pragmatic conservative” willing to work with the outside world, especially the “Great Satan.”

While Rafsanjani’s power diminished noticeably in recent years, he continued to enjoy a final post as chief of the Expediency Council, assigned to seemingly resolve disputes between the Guardian Council and parliament. The former is an ultra-conservative body closely knitted to Khamenei and known to screen all electoral candidates according to their loyalty to the regime establishment.

Rafsanjani sought last to take part in the 2013 presidential elections as a “reformist,” only to be disqualified by the Guardian Council. Angered at being purged, Rafsanjani lashed back by criticizing the measure as ill-informed.

Parallel to his rivalry with the Supreme Leader, Rafsanjani went on to place his weight behind Rouhani in 2013 when the latter assumed authority as president.

Alongside his political campaign, in the past decades Rafsanjani also used his post to slice his entire family an economic fortune from the country’s organs and natural resources.

“One brother headed the country’s largest copper mine; another took control of the state-owned TV network; a brother-in-law became governor of Kerman province, while a cousin runs an outfit that dominates Iran’s $400 million pistachio export business; a nephew and one of Rafsanjani’s sons took key positions in the Ministry of Oil; another son heads the Tehran Metro construction project (an estimated $700 million spent so far),” states a 2003 Forbes analysis.

The report also mentions billions stashed by the Rafsanjanis in overseas bank accounts.

“Some of the family’s wealth is out there for all to see. Rafsanjani’s youngest son, Yaser, owns a 30-acre horse farm in the super-fashionable Lavasan neighborhood of north Tehran, where land goes for over $4 million an acre. Just where did Yaser get his money? A Belgian-educated businessman, he runs a large export-import firm that includes baby food, bottled water and industrial machinery.”

Despite canvasing as a reasonable negotiator to the West, Rafsanjani was in fact shoulder to shoulder with his “hardline” partners in quelling dissident voices, specifically members and supporters of the People’s Mojahedin Organization of Iran (PMOI/MEK), the leading opposition group gaining reputation after being the first to blow the whistle on Iran’s clandestine nuclear weapons program.

“Four rulings are a must for the [PMOI]: 1. Be killed; 2. Be hanged; 3. Arms and legs be amputated; 4. Be separated from society,” Rafsanjani said back in 1981. He also played a dominant role in the 1988 massacre of over 30,000 political prisoners in jails across the country.

Continuing this string of terrorist attacks, Rafsanjani has also been indicted for his part in the 1994 Buenos Aires AMIA bombing that left 85 killed and hundreds more wounded.

Rafsanjani has, through the past four decades, acted as the regime’s No. 2 figure and a balancing component, always preserving the regime’s higher interests. His death will considerably weaken the entire regime and spark major disturbances throughout the regime’s ranks and files. If the past is any sign of the possible road ahead, the mullahs will most probably resort to additional violence and the export of extremism, terrorism and Islamic fundamentalism to avert this latest crisis from escalating beyond control.

Iran dealing with shock of Trump’s election, death of its leader