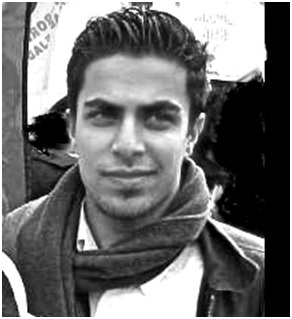 The nuclear deal between Iran, the United States and other major world players has garnered significant praise and fanfare. The agreement has been hailed as a victory for peace and a turning point for Iran. Some have even claimed that the agreement will usher in a new era of moderation and the development of Iranian civil society.

The facts on the ground paint a very different picture, especially as they relate to human rights. Currently, the Iranian regime leads the world in per capita executions and it continues to escalate the rate of executions and mass repression.

Since the election of President Hassan Rouhani in 2013, all talk of the opposition movement and human rights has been swept under the rug while human rights reports from inside the country confirm the true nature of this regime. Earlier this year a report by UN Special Rapporteur on Human Rights Ahmad Shaheed noted that “the overall situation has worsened” with respect to human rights.

Just weeks after signing the “historic” deal and more than eight months after signing an interim agreement, Iran is in the midst of what Amnesty International has referred to as an “unprecedented spike” in executions. Currently, Iran’s new “moderate” administration is on pace to hit a new 12-year high in executions. And Amnesty International has noted that while the regime officially claims that only 246 executions have taken place in 2015, this number is closer to 700 in reality.

Said Boumedouha, Deputy Middle East Director at Amnesty International, has decried Iran’s “theatre of cruelty,” stating; “Iran’s staggering execution toll for the first half of this year paints a sinister picture of the machinery of the State carrying out premeditated, judicially-sanctioned killings on a mass scale.”

Dissidents and human rights groups have noted that many executions in Iran occur with little or no due process. Trials that do take place are often deeply politicized and flawed, prisoners are often not allowed access to legal counsel, and denied the procedural remedies of appeal. Political prisoners who are sentenced to death usually see their fates sealed in court proceedings that occur in a matter of minutes.

The mass killings not only take human lives, but they have also traumatized and terrorized a population. Public executions are commonplace in Iran and the horrific spectacle is a constant reminder to those who dare defy this regime.

The majority of those tried and executed are charged with crimes against the State, or drug trafficking. According the NGO Iran Human Rights (IHR), at least 2,052 people were executed on drug-related offences between 2010-2014. A report by the UN Special Rapporteur on human rights in Iran concluded that trials involving drug charges “never last more than a few minutes.” The execution of individuals for drug related crimes is a blatant violation of international law, which reserves capital punishment for only “the most serious crimes.” Opposition activists have accused Iran of using drug charges against dissidents in order to mask repression and besmirch the activities of dissidents.

The those executed are often individuals who are marginalized in Iranian society. This includes undocumented migrants and refugees from neighboring Afghanistan, as well as ethnic and religious minorities who face disenfranchisement in Iran. In 2014, Iran hanged an Afghan juvenile, 17-year-old Jannat Mir for an alleged drug offense, despite the fact that he was a minor. Iran remains one of the only countries in the world to execute juvenile offenders.

The United Nations Office on Drugs and Crime has given more than $15 million to Iran since 1998 in order to fight the “war on drugs” and most of this money comes from European nations, despite their own opposition to the death penalty. Maya Foa, director of the death penalty team for the human rights NGO Reprieve has called for a change to this policy, stating, “Even as Iran’s execution rate skyrockets, European nations like France and Germany continue to fund brutal raids by the Iranian police which routinely send people to death row for non-violent offenses.”

Those who claim that a nuclear deal with Iran presents hope for human rights never identify a mechanism through which this supposed change will occur.

Unfortunately for the Iranian people, the nuclear agreement has not only lifted what little international pressure there was on the regime, it has also led to premature predictions of change in Iran. As a result, Iranian dissidents are further marginalized, and the world continues to avert its eyes from Iran’s policy of death.