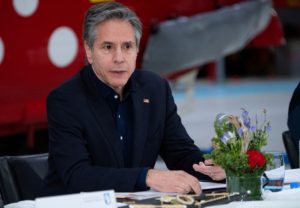 No sign yet Iran will take steps needed to remove sanctions -U.S.’s Blinken
Reuters, May 23, 2021

U.S. Secretary of State Antony Blinken on Sunday said the United States has not seen yet whether Iran will move to comply with its nuclear commitments in order to have sanctions removed even as ongoing talks have shown progress. 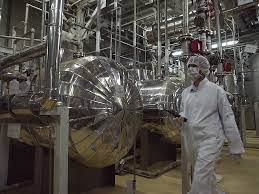 Iran says inspectors may no longer get images of nuclear sites
The comments by Iran’s parliament speaker underscored the narrowing window for the U.S. and others to make a deal.
Politico, May 23, 2021

The comments by Iran’s parliament speaker Mohammad Bagher Qalibaf, aired by state TV, further underscored the narrowing window for the U.S. and others to reach terms with Iran. The Islamic Republic is already enriching and stockpiling uranium at levels far beyond those allowed by its 2015 nuclear deal.
Click to read more 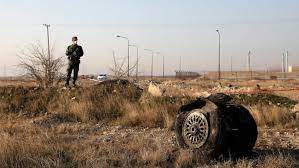 Iran intentionally shot down Flight PS752 in ‘an act of terrorism,’ Ontario court rules
CBC.CA, May 20, 2021

Ontario’s Superior Court of Justice has ruled that the shooting down of Flight PS752 by Iran was an intentional act of terrorism.

The Islamic Revolutionary Guard Corps (IRGC) shot down the Ukraine International Airlines flight with two surface-to-air missiles shortly after takeoff in Tehran on Jan. 8, 2020, killing all 176 passengers onboard. There were 138 passengers onboard with ties to Canada, including 55 Canadian citizens and 30 permanent residents.

“The plaintiffs have established that the shooting down of Flight 752 by the defendants was an act of terrorism and constitutes ‘terrorist activity’…”Justice Edward Belobaba wrote in his decision issued Thursday.
Click to read more 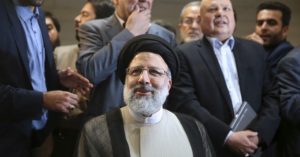 Mass Murderer for President
The National Contagion Research Institute picked up on the coordinated effort as ‘#Covid1948’ began trending on Twitter
Town Hall, May 20, 2021 by Farideh Goudarzi

Elections in democracies represent a collective decision-making process by which the people elect their representatives. Dictatorships, too, hold elections. In Iran’s dictatorship, presidential elections are far from free or fair; they are a farce, a sham. I know because I have first-hand experience about the killers and murderers who are participating in it.
The election will take place on June 18. The unelected vetting body, the Guardian Council, will announce the final list on May 27.

All those running have committed crimes against the Iranian people in the past four decades. Some have engaged in suppression, torture, and execution, others in terrorism and hostage-taking. I want to share my personal experience with one of them: Ebrahim Raisi.
Click to read more 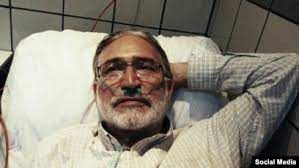 Fourteen dissidents in Iran, some in jail, have issued a statement Sunday demanding the release of all political prisoners in the country. The dissidents, who had issued a statement two years ago demanding the resignation of Supreme Leader Ali Khamenei and the abolishment of the Islamic Republic, were arrested in August 2019. At least five are still in Tehran and Mashhad prisons.

The new statement published online is signed by the dissidents and their families, saying political prisoners should be released without any precondition. Iran charges dissidents with vague accusations, such as threatening security or insulting sanctities and refuses to admit there are detainees who are in jail for expressing their opinions.
Click to read more 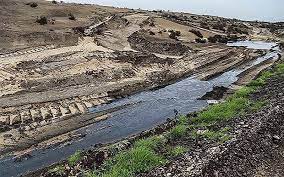 The destructions and losses that the mullahs’ rule in Iran has imposed on the country and the people are uncountable. One of them is the environmental destruction which is so horrible that even the regime’s officials and state media cannot close their eyes on it, because they are annihilating the future of the upcoming generations.

If this situation continues, in one hundred year there will be no country left for the people, and Iran will become a lifeless desert.
Click to read more