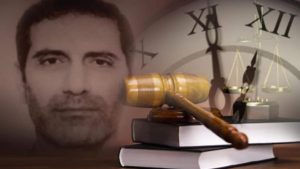 WASHINGTON DC, February 4, 2021 — Today, a court in Belgium convicted Assadollah Assadi, the third secretary of Iran’s embassy in Austria for conducting years of intelligence operations across Europe, recruiting and establishing an elaborate network of terror, and planning to commit mass murder in Europe. The Belgian court sentenced Assadi to the maximum sentence of 20 years imprisonment while his accomplices were given jail terms of 15 to 18 years and stripped of their Belgian citizenship. Assadi has been imprisoned in Europe on charges of conspiring to commit acts of terrorism, including attempting to bomb a large rally of Iran’s main opposition, the National Council of Resistance of Iran (NCRI) in June 2018 in Villepinte, France.

Organization of Iranian American Communities (OIAC) welcomes the trial’s findings and the verdict, as they clarified yet again, that policy of appeasing the clerical rulers in hopes of changing their behavior has failed, emboldening them instead. Court’s finding are also a reminder of how far the regime in Tehran is willing to go in maintaining and using its international terrorist infrastructure – an ill devised leverage it has for decades used to support its foreign policy.

Assadi and his three accomplices were arrested in June 2018 while in possession of explosives they had planned to detonate, aiming to terror NCRI President-elect, Mrs. Maryam Rajavi. The event was attended by thousands of Iranian Americans as well as former government officials from dozens of countries and all continents. Court documents showed that the plot was planned and approved by the most senior officials in the Iranian regime, including Supreme Leader Ali Khamenei and President Hassan Rouhani. The ruling includes the startling fining that the bomb was manufactured and tested in Iran and carried by Assadi into Europe on a commercial flight.

Assadi’s role highlights what Iranian Americans have said for years: the Iranian regime’s terrorist networks and activities are inextricably linked to its desire to stop domestic uprising as well as its diplomatic and political activities. These networks have unfortunately been developed over decades under the auspices of diplomacy and dialogue. Dismantling them, however, may require confronting Iran’s global diplomatic infrastructure and U.S. leadership.

We applaud U.S. Congress for recognizing and acting on the latter threat. In June 2020, over 221 bipartisan members of Congress cosponsored House Resolution 374, condemning Iranian state-sponsored terrorism and explicitly demanded accountability for the so-called diplomats and officials involved in multiple terror plots in Europe, including the 2018 Free Iran gathering.

1. To consider that the regime in Tehran understands only, the language of firmness and that the trial and verdict support an Iran policy which rejects appeasement and instead adopts firmness.

2. To work with its partners to hold accountable Iranian regime & its officials who ordered and/or aided terror plots in Europe and approved the illicit work of their diplomats. This includes further sanctions on Iran’s foreign minister Javad Zarif and regime’s Ministry of Intelligence & Information (MOIS) and urging European nations to designate Islamic Revolutionary Guards Corps (IRGC) as a terrorist entity.

3. In concert with sense of U.S. Congress and H.Res.374 demands, relevant United States Government agencies work with European allies to hold Iran accountable for breaching diplomatic privileges, and to call on nations to prevent the malign activities of the Iranian regime’s diplomatic missions, with the goal of closing them down.

4. To monitor Iranian regime embassies, consulates, and likewise supported foreign based institutions or centers, and thoroughly examine Iranian regime’s diplomats and diplomacy initiative – seeking assurances that they do not engage in terrorist behavior.

5. Mullahs terror agents, spies, and mercenaries, those who blatantly abuse positions in our institutions of higher learning, misuse privileges of our democracy to gain citizenship in the U.S. or to serve as apologists for a terrorist regime – must face scrutiny and be held accountable under law. 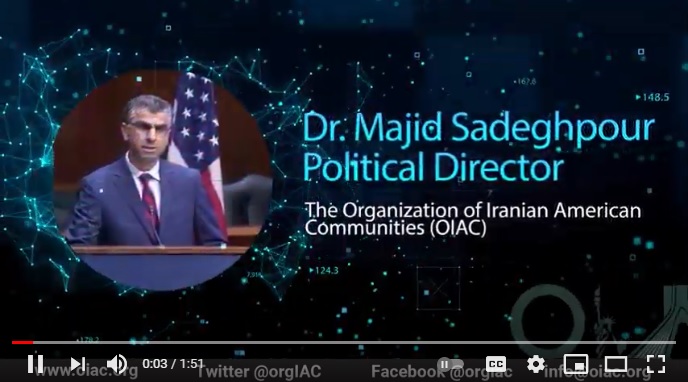 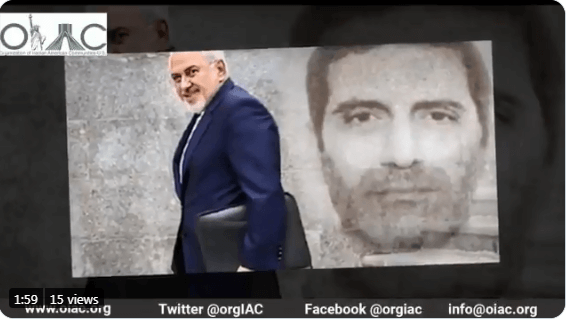 Iran diplomat on trial over plot to bomb opponents in France

BRUSSELS (AP) — The bomb was meant to explode in a Paris suburb during a huge rally being held by an exiled Iranian opposition group. It could have caused carnage.

Instead, the explosion ripped apart the robot that army specialists were using to defuse the bomb after it was found in the car of a couple arrested in a Brussels suburb.

More than two years after the last-minute, cross-border operation that thwarted the planned attack, the couple go on trial Friday alongside two Iranian citizens, including a diplomat believed to be the plot’s mastermind.

The court case in the city of Antwerp has the potential to embarrass Iran. According to legal documents from the two-year investigation obtained by The Associated Press, Belgium’s intelligence and security agency (VSSE) says the diplomat, Assadollah Assadi, operated on orders of Iran’s authorities and brought the explosives to Europe himself.
Read more

BRUSSELS (Reuters) – An Iranian diplomat accused of planning to bomb a meeting of an exiled opposition group is to be sentenced on Thursday in the first trial of an Iranian official for suspected terrorism in the European Union since Iran’s 1979 revolution.

After hearings last year, a court in Antwerp, Belgium will decide whether Vienna-based diplomat Assadolah Assadi and three others are guilty of attempted terrorism after a plot to bomb a rally of the National Council of Resistance of Iran (NCRI) near Paris in June 2018 was foiled by German, French and Belgian police.

The ruling, due at around 0800 GMT, comes at a sensitive time for Western relations with Iran. New U.S. President Joe Biden is considering whether to lift sanctions on Iran reimposed by his predecessor Donald Trump and rejoin fellow world powers in the historic 2015 nuclear accord with the Islamic Republic.
Read more