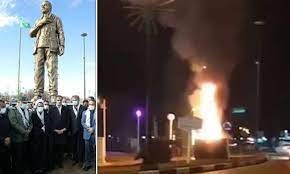 DUBAI: A statue in central Iran of Qassem Soleimani, commander of the Quds Force who was killed in a targeted US operation on Jan. 3, 2020, was torched after it has been unveiled to commemorate his death anniversary.
Supporters of the Iranian opposition movement the People’s Mojahedin Organization of Iran burned the newly installed statue at the Hazrat Qamarbani Hashem Square in Shahrekord of central Iran on Wednesday evening, a few hours after government officials unveiled the sculpture. read more 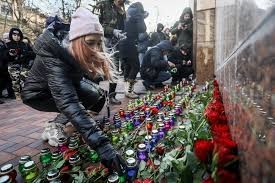 Two years after losing his wife and son in the downing of a Ukrainian airliner by Iranian forces, Shahin Moghaddam says he is still racked by feelings of emptiness and anger.
“It’s so complicated,” he told CTV News Channel on Saturday, the two-year anniversary of the shooting by Iran’s Revolutionary Guard of Ukraine International Airlines Flight 752. read more 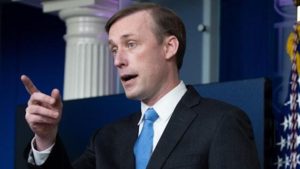 “Yesterday, Iran purported to impose sanctions on 52 Americans. They do so as Iran’s proxy militias continue to attack American troops in the Middle East, and as Iranian officials threaten to carry out terror operations inside the United States and elsewhere around the world,” Sullivan said in a statement. read more 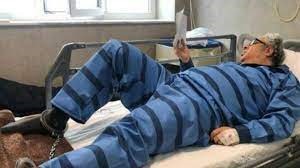 The dissident Iranian poet and filmmaker Baktash Abtin has died of Covid-19 in hospital after being released on a furlough from prison where he was infected. Abtin was transferred to hospital in the capital Tehran “but the treatment did not succeed and he died”, the semi-official ISNA news agency said on Saturday.
PEN America, a human rights group, said on Twitter: “Covid is a natural killer, but Abtin’s death was aided and abetted by the Iranian government every step of the way.” read more