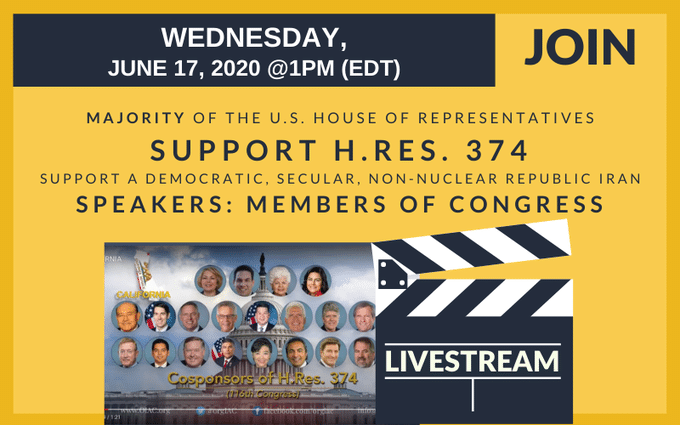 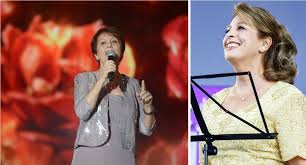 Marjan, a popular singer and actress in pre-revolutionary Iran who, after being imprisoned by the country’s Islamic authorities in the 1980s, lent her voice to the cause of political freedom in her homeland, died June 5 at a hospital in Los Angeles. She was 71.

The cause was complications from surgery, the National Council of Resistance of Iran said in a statement.
Marjan, the stage name for Shahla Safi Zamir, acted in more than 30 Farsi-language films in the 1960s and 1970s and was one of Iran’s best-known celebrities before the overthrow of the country’s Western-backed leader, or shah, in 1979. She also made hit records, often evoking nostalgic sentiments, that were popular with Iranians.

When Islamic leaders, or mullahs, seized power in Iran, filmmaking was temporarily stopped, and women were forbidden from singing in public. Marjan joined an opposition movement to fight the newly imposed strictures and was first arrested in 1980 for singing a song translated as “Homeland”: “My homeland, my home, I have no place but here, I have no future without you.”
Arrested again in 1982 for her association with political dissidents, Marjan spent two years in prison, including nearly nine months in solitary confinement. She was held with other women and later highlighted the plight of female prisoners and artists in Iran.

Maryam Rajavi, NCRI president-elect, said in a statement that Marjan was prominent among the women “who rose up and fought the regime” and “are genuine representatives of the suffering of Iranian women and their passionate desire for liberation.”

Marjan fled Iran in 2001 for Dubai.
“There I went to the U.S. Embassy and introduced myself,” she said in a 2015 interview with Al Arabiya TV. “They found out that I was a famous actress and singer and they agreed to give me asylum.”

She and her husband settled in Los Angeles.
Marjan’s voice was not heard again in public until 2005, when she sang at Washington’s DAR Constitution Hall before a gathering of Iranians in exile. One of the Farsi songs she performed that night served as a rallying cry for resistance toward Iran’s clerical regime: 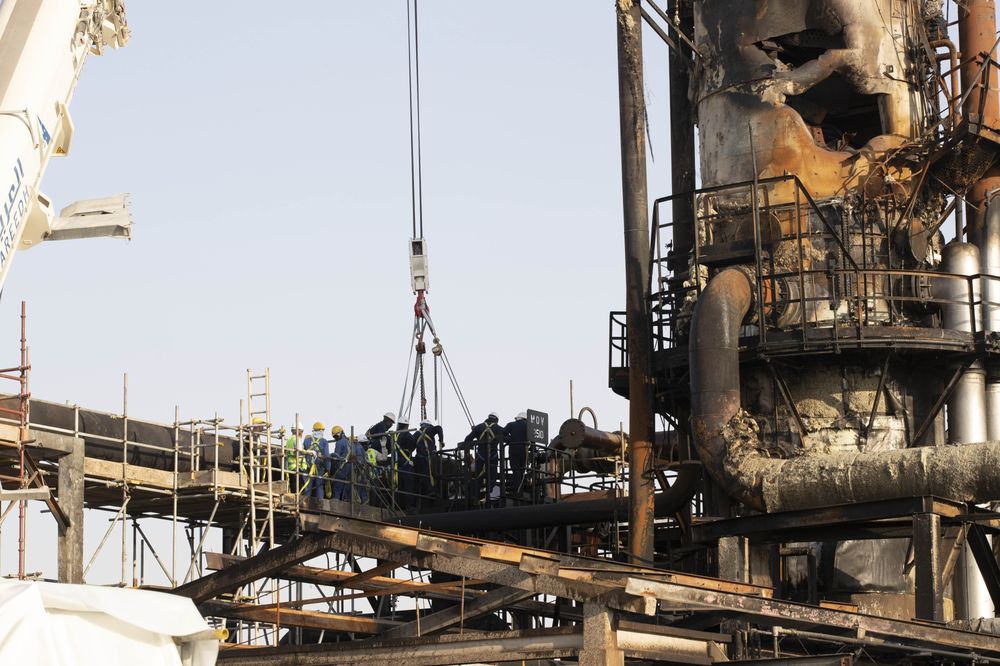 Cruise missiles that slammed into a Saudi oil complex last year likely came from Iran, the United Nations concluded, lending support to U.S. allegations that Tehran was behind a series of attacks that sent tremors through global energy markets and shook the kingdom.

While the UN didn’t go as far as accusing Iran of carrying out the attacks, it found that the weapons used in a series of blasts last year were of “Iranian origin,” according to a report Secretary-General Antonio Guterres sent Thursday to the Security Council that was seen by Bloomberg. Guterres also pointed out that “these items may have been transferred in a manner inconsistent with” UN resolutions.

Missiles and a swarm of drones set off fires at the crude processing plant in Afif in May 2019, causing extensive damage and causing a spike in global oil prices. Houthi rebels in Yemen, who have been battling a Saudi-led coalition in that country’s civil war, claimed responsibility. But once the planning and military sophistication that went into the assault became apparent, suspicion quickly shifted to the Iranians, who have been supporting the Houthis.

“Iran categorically rejects the observations contained in the report,” the Iran Mission to the UN said in a statement on Friday. “The UN Secretariat lacks the capacity, expertise, and knowledge to conduct such a sophisticated and sensitive investigation,” the mission added, noting that the UN report was partly based on U.S. arms seizures.

Investigators analyzed the debris of the cruise missiles and drones in that attack, strikes on the Abha International Airport in southwestern Saudi Arabia that June and August and in Abqaiq and Khurays that September. UN investigators also compared their findings to weapons seized by the U.S. off the coast of Yemen in late 2019 and early 2020.

The engines on the aircraft showed similarities to an Iranian engine designated as Shahed 783, presented by Iran in a military exhibition in May 2014, the UN found.
Click to read more 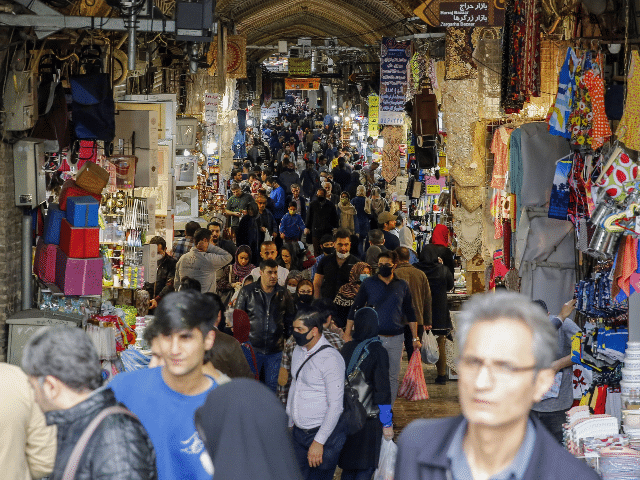 According to the official news agency, ISNA, today, the Health Ministry’s spokesperson put the engineered death toll for the past 24 hours at 108, the highest number in two months. “The provinces of West Azerbaijan, Hormozgan, Khuzestan, Kurdistan, Kermanshah, Sistan and Baluchestan and Bushehr are red,” she added, warning, “This virus is unpredictable and untamed. We may be caught off guard at any moment and receive blows.”

Speaking to the IRGC affiliated news agency, Fars, Eshaq Jahangiri, Rouhani’s First Vice-President expressed concern about the increase in the spread of the disease tried to change the narrative yesterday and, desperately said, “We need to pay more attention to the cultural dimensions and consequences of Coronavirus!”

In Tehran, Alireza Zali, the head of the National Coronavirus Combat Taskforce (NCCT), told Fars news agency, yesterday, “The new cases of Coronavirus hospitalization in ordinary and special wards of the Province’s hospitals show that the virus control in Tehran is fragile.”
Click to read more 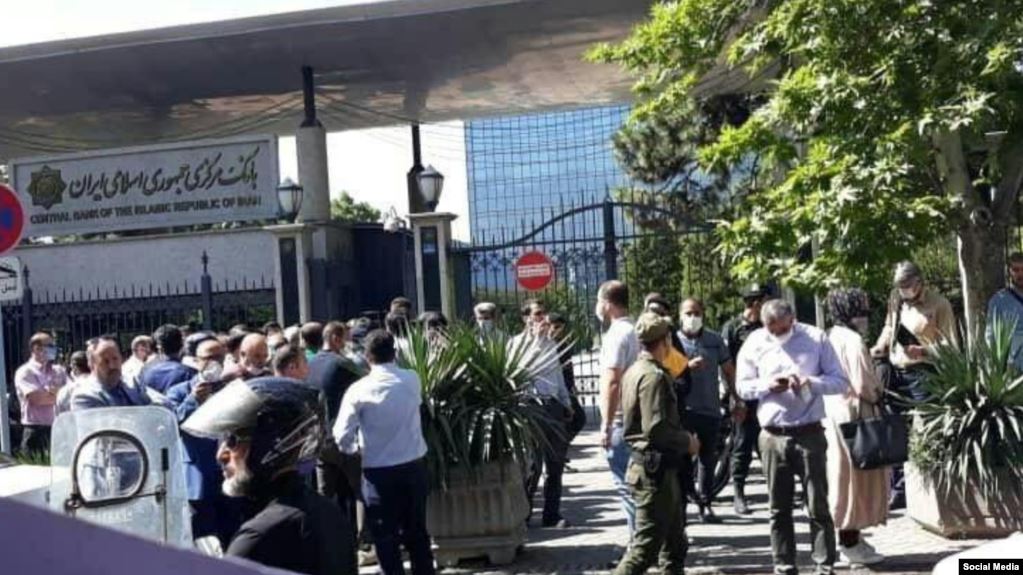 Hundreds of protesters gathered in front of the Iranian Central Bank’s headquarters in Tehran mid-day Sunday June 14 protesting about the losses they incurred as a result of a special rate of exchange the bank has devised for businesses.

The protesters blamed inherent “inefficiency and embezzlement” in the NIMA system [Persian acronym for Consolidated System of Forex Transactions] for their losses. The system was supposed to regulate transactions between Iranian importers and authorized money changing offices. After a sharp fall in the value of Iran’s rial, inMarch 2018 the Iranian banking system introduced at least three rates for foreign exchange based on the US dollar. The official rate of 42,00o rials per dollar, as well as the NIMA rate which is around 150,000 rials per US dollar and the free [black] market rate which fluctuates but currently is around 180,000 rials per dollar.

Several videos and pictures circulating on social media show protesters chanting slogans demanding the resignation of Abdolnasser Hemmati, the Governor of Central Bank of Iran (CBI) and the disbanding of the NIMA rate of exchange.
Meanwhile, reports from Tehran say security forces have been deployed to the part of Tehran where the CBI headquarters is located.

Some of the slogans chanted during the protests were “Hemmati, Resign! Resign!”; “You shut down factories and tied up our hands”; and “hard working workers have been victimized.”
Click to read more 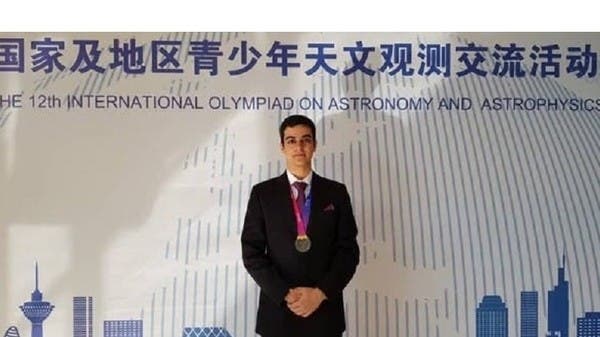 Ali Younesi, a high-achieving Iranian student under arrest in Tehran’s notorious Evin prison since April, has contracted the coronavirus, his brother said on Thursday.

On April 10, security forces physically assaulted and arrested 20-year-old Younesi at his parents’ house without a warrant. He is a second year Computer Science student at Tehran’s prestigious Sharif University and won gold at the International Astronomy Olympiad in 2018 in China.
Younesi informed his family in a phone call on Wednesday that he has contracted the coronavirus and that he is in poor physical condition, his brother Reza Younesi tweeted on Thursday.

After 59 days in solitary confinement, Younesi has been transferred to a cell where he and seven others are being held, his brother added in the same tweet. Authorities had also arrested Amirhossein Moradi, another high-achieving student, on the same day as Younesi. Moradi is a Physics student at Sharif University and won silver at Iran’s National Astronomy Olympiad in 2017. There are no details of Moradi’s status in prison.

Moradi’s parents went to Evin prison on Thursday to see their son after more than two months but were not allowed to do so by the prison authorities, said Younesi’s brother.

The Moradi family has hired a lawyer but he has not been allowed to review the case, Younesi added. Last month, judiciary spokesman Gholamhossein Esmaili indirectly accused the two students of working with the opposition group Mojahedin-e Khalq (MEK) and planning attacks inside Iran.

“Two recently arrested students had unfortunately become affiliated with anti-revolutionary groups, especially with the [MEK], and were looking to carry out sabotaging operations in the country,” Esmaili said at a press conference on May 5, without naming the students.
Click to read more 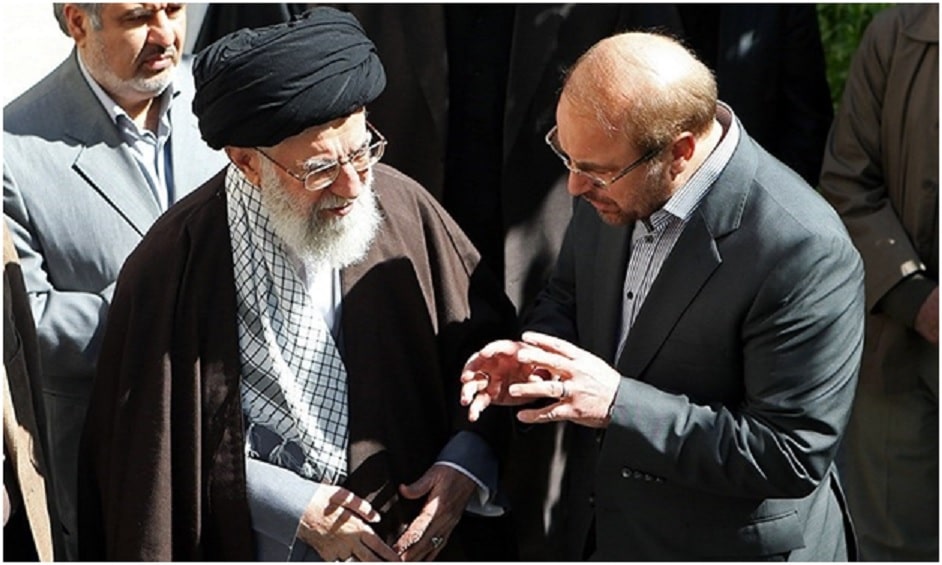 (UPI) — In 1932, Adolf Hitler appointed Reichsmarschall Hermann Göring, head of the Luftwaffe, as president or speaker of the Reichstag after an electoral surge made the Nazi Party the largest in Germany. Goring was an infamous war criminal who committed suicide before he could be hanged following the Nuremberg Trials in October 1946.

On May 27, the religious fascist dictatorship in Iran appointed Brig. Gen. Mohammad Baqer Qalibaf as speaker of the Iranian Parliament. Like Göring, Qalibaf is a notorious criminal, his career smeared with the blood of countless political opponents and his pockets stuffed with looted gold. Like Göring, Qalibaf is a former Air Force commander. He is also a senior officer in the Islamic Revolutionary Guards Corps, the regime’s Gestapo.

Qalibaf’s appointment followed the sham elections in February, when the regime hand-picked a list of hard-line candidates and purged anyone deemed to be even marginally moderate. Supreme leader Ayatollah Ali Khamenei urged the people of Iran to cast their votes in support of his selected goons and thugs, despite being aware that the coronavirus had begun to spread like wildfire. His plea fell on deaf ears. The turnout of only 43 percent was the lowest since the 1979 revolution that brought the mullahs to power.

Such is the feeling of anger and frustration at the corruption and incompetence of the theocratic regime, open revolt is now a distinct possibility. Their bungled attempts to hide the truth about the spread of COVID-19 has caused outrage in Iran. The regime claims that around 8,000 people have died from the disease, while the true figures are believed to be in excess of 49,000.

Alarmed at the prospect of another popular uprising that could sweep them from power, the mullahs have reacted with typical viciousness, arresting, torturing and murdering dozens of young protesters, many of them students who have been accused of supporting the main democratic opposition movement, the Mojahedin e-Khalq (PMOI-MEK). Qalibaf has a notable track record in murdering supporters of the MEK. He was an active participant in Operation Eternal Light in 1988, the last major military action of the Iran-Iraq War, when MEK militia were surrounded near the city of Kermanshah. Over 1,300 MEK were massacred.
Click to read more

Dr. Azadeh Sami moderated the first Roundtable discussion by the Young Iranian-American Professionals and Youth of OIAC.In her opening remarks, Dr. Sami said “Just as we were trying to catch our breaths from the devastating consequences of the coronavirus pandemic, this past week in America, we witnessed unrest as we saw yet another outcry of social injustice. The values of both race and humanity were threatened. It is human nature for us to rise up and protest when we witness anyone being harmed and mistreated. It is also empowering to witness voices around the world joining in solidarity against such acts. We reflect on this point of social injustice and see that, while many mourn this horrific act, the Iranian regime once again attempts to exploit this act.
Click to read more