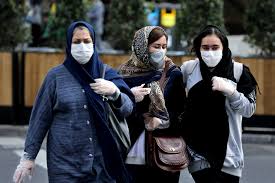 Iranian MP Says Government is Concealing ‘Horrific Numbers’ of Coronavirus Deaths: ‘It’s Not As If We Can Hide the Cemeteries’
National Review, February 28, 2020

An Iranian member of Parliament on Friday said cases of the Wuhan coronavirus in the country were much more widespread than officials have reported. “I say this explicitly, the statistics presented so far are not true,” MP Gholamali Jafarzadeh Imenabadi told Al-Arabiya, a Saudi news network, adding that the “horrific numbers” of deaths have been recorded by cemeteries in Imenabadi’s city of Rasht, in northern Iran.

“I have statistics about the number of deaths due to coronavirus from three different cemeteries in Rasht and I have to say that the numbers are much higher than what is being said,” Imenabadi added. “It is not as if we can hide the cemeteries.”

Another Iranian MP, Mahmoud Sadeghi, has alleged the government is hiding the outbreak, while Turkey warned on February 21 that Iran had already seen about 750 cases. An Iranian Parliament spokesman announced on Wednesday that any citizen found to be “spreading rumors” about the virus would be sentenced to flogging and one-to-three years in prison.

As of Friday, Iran has reported 388 cases of the illness, with 34 deaths. The BBC reported that the death toll was “at least” 210, citing sources at Iranian hospitals. Friday prayers throughout the country were canceled.

A number of Iranian government officials have contracted the coronavirus. In a highly publicized case, deputy health minister Iraj Harirchi was filmed sweating profusely and wiping his face with a handkerchief at a press conference meant to update officials on the spread of coronavirus. Just one day after the reassuring the country that the virus was under control, Harirchi confirmed that he had contracted the illness.
click to read more 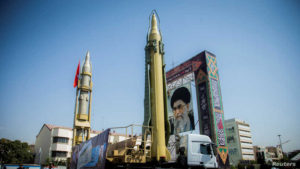 The U.S. has imposed new sanctions on 13 entities and individuals in China, Iraq, Russia and Turkey because of their support of Iran’s missile program.

The State Department says those sanctioned include a Chinese individual named Luo Dingwen, who has also been involved in supplying sensitive items to Pakistan’s missile program. Others include Chinese and Turkish export and trading companies.

All 13 are accused of violating the 2000 Iran, North Korea and Syria Nonproliferation Act. “The imposition of these measures underscores that Iran’s missile program remains a significant proliferation concern,” the State Department said Tuesday, adding that it is “consistent with our efforts to use all available measures to prevent Iran from advancing its missile capabilities.”
click to read more 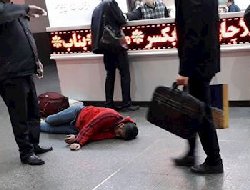 Iran Says Coronavirus Cases Jump To 1,500 While Many Say Numbers Are Much Higher
Radio Farda, March 2, 2020

Iran’s Deputy Health Minister Alireza Raeesi says 1501 Iranians have tested positive for coronavirus (COVID-19) and at least 66 have died until Monday morning March 2.Raeesi told reporters in Tehran that the new figure includes 523 new cases and that the death toll has risen by 12 during the past day. He also told Mehr news agency that 291 patients previously in hospitals, have recovered.

Previously, the death toll in Iran was much higher compared with the official number of infected cases, reaching to more than 10 percent. The new ratio is less than 3 percent.
Dr. Abdolreza Fazel, head of the Health Authority in Golestan Province says 594 patients have been diagnosed with Coronavirus in that province alone. He explains in great detail how the virus affects and damages people’s lung.

Gholam Ali Jafarzadeh Imanabadi, a member of Iran’s parliament from Rasht in northern Iran says the situation in his constituency, Gilan Province, is critical and all the hospitals in the provincial capital Rasht are filled with coronavirus patients.

Imanabadi said figures released by the government is “something like a joke.” The lawmaker urged the media to pay more attention to Gilan as the situation there is even more critical than Qom which is said to be where the contagion originated.
Click to read more 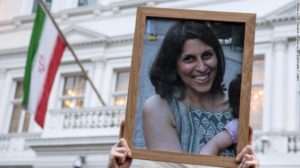 (CNN)Nazanin Zaghari-Ratcliffe, the British-Iranian mother jailed in Iran on espionage charges, believes she has contracted coronavirus in Evin Prison outside Tehran, according to a family statement released Saturday.

Although authorities have not tested Zaghari-Ratcliffe for the virus, she says in the statement that she has been sick for “all week” and describes her symptoms as those reported of the coronavirus:
“I am not good. I feel very bad in fact…. At the beginning I had a runny nose and a cough. Now I have this continual cold sweat I have a temperature, though not all the time. The past couple of days I have been shivering every night.”

Zaghari-Ratcliffe, now 42, was arrested in 2016. The Iranian government accused her of working with organizations allegedly attempting to overthrow the regime. She was sentenced to five years in jail.
Zaghari-Ratcliffe called her family on Saturday to update them on her health, the wider conditions in the ward and the apparent reluctance of the prison to test her for the virus.

Zaghari-Ratcliffe’s husband, Richard Ratcliffe, believes his wife contracted the coronavirus due “in large part due to the lack of hygiene materials made available to the prisoners” in Evin political prison.
“We are concerned by the prison authorities’ refusal to test her, and the wider suppression of coronavirus inside the Iranian prison system,” he said.

He called on “the UK government to insist that Nazanin is tested for coronavirus immediately, and is treated properly.”

There has been an outbreak of coronavirus moving through Iran and human rights organizations have expressed concern that the virus has also struck also struck the prison population At least 43 people have died in Iran and there have been over 500 confirmed cases. CNN has reached out to the Iranian authorities for comment.
Click to read more 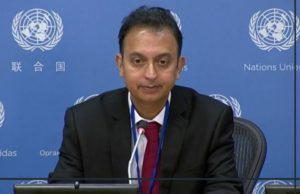 The United Nations Special Rapporteur on the situation of human rights in Iran is “shocked” over the number of deaths, injuries, arrests, and ill-treatment of those detained during the November 2019 protests.

In his latest report, released on February 19, Javaid Rehman wrote: “According to reports, detainees are being tortured or are suffering other forms of ill-treatment, sometimes to extract forced confessions. There are also reports of denials of medical treatment, including for injuries caused by the excessive use of force by the security forces, with some other detainees being held incommunicado or being subjected to enforced disappearance.”

He explained that he was “concerned” over reports that the families of the at least 1,500 peaceful protesters murdered by the security forces during the uprising have been “threatened” against speaking out or even holding funerals for their loved ones.

In his report, Rehman explained that images and reports came out in the days following the start of the protests, despite the internet shutdown, which showed the security forces using brutal methods to suppress the protests, including shooting directly at unarmed citizens or randomly into crowds.
He then cited a member of Iran’s parliamentary Foreign Affairs and Intelligence Committee, who said on November 25 that over 7,000 protesters had been arrested. The protesters were being detained in overcrowded, inhumane conditions, without access to their lawyers. They were then tortured, mistreated, and put under pressure to make false confessions.

Rehman said that reporters in Iran had been ordered not to criticize the authorities’ treatment of the protesters or else risk arrest themselves. He called on the Iranian government to release all peaceful protesters arrested in November 2019, as well as to inform their family about their location and their condition.
Other troubling things in Iran that Rehman cited in his report, which is due to be presented to the UN Human Rights Council gathering on March 9, include:
Click to read more