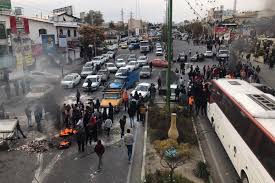 Special Report: Iran’s leader ordered crackdown on unrest – ‘Do whatever it takes to end it’
Reuters, December 23, 2019

(Reuters) – After days of protests across Iran last month, Supreme Leader Ayatollah Ali Khamenei appeared impatient. Gathering his top security and government officials together, he issued an order: Do whatever it takes to stop them.

That order, confirmed by three sources close to the supreme leader’s inner circle and a fourth official, set in motion the bloodiest crackdown on protesters since the Islamic Revolution in 1979. About 1,500 people were killed during less than two weeks of unrest that started on Nov. 15. The toll, provided to Reuters by three Iranian interior ministry officials, included at least 17 teenagers and about 400 women as well as some members of the security forces and police.

The toll of 1,500 is significantly higher than figures from international human rights groups and the United States. A Dec. 16 report by Amnesty International said the death toll was at least 304. The U.S. State Department, in a statement to Reuters, said it estimates that many hundreds of Iranians were killed, and has seen reports that number could be over 1,000.

The figures provided to Reuters, said two of the Iranian officials who provided them, are based on information gathered from security forces, morgues, hospitals and coroner’s offices.
The government spokesman’s office declined to comment on whether the orders came from Khamenei and on the Nov. 17 meeting. Iran’s mission to the United Nations did not respond to a request for comment for this story.
click to read more 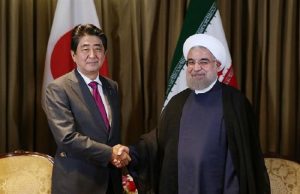 Iranian state media, especially those close to the Iranian President Hassan Rouhani, launched a wide propaganda campaign about the prospects for the regime before Rouhani’s trip this past week to Malaysia and Japan.

As the trip ended, the atmosphere of the media changed, and both analyses and news items show another shape of this event.

Prior to his return to Iran, Rouhani claimed a clear perspective on relations with Japan and the outcome of his talks with officials at a meeting with senior political, cultural and economic leaders in Japan: We met Prime Minister Shinzo Abe twelve times, and this is a sign that there is a will in the two governments, I think that there is no obstacle in the relations between the two countries except the US illegal sanctions. (State TV, 21 December)

Meanwhile, Reuters reported on Japan’s plans to join the anti-terrorism force in the region: “The planned Japanese operation is set to cover high seas in the Gulf of Oman, the northern Arabian Sea and the Gulf of Aden, but not the Strait of Hormuz.”

But Abbas Araghchi, the political deputy at the Ministry of Foreign Affairs of Iran, who claimed the day before that Rouhani’s trip was only for the development of bilateral relations between the two countries, on 21 December, implicitly acknowledged that negotiations had not yet achieved any outcome: “There were very heavy and intense negotiations last night, bilateral, regional, international, US sanctions and the JCPOA were discussed, and the two countries were expected to continue consultations closely,” he said.

Gholam-Ali Haddad-Adel, an advisor to Iran’s supreme leader Ali Khamenei, said, “Now the westernism movement is looking that at least Shinzo Abe does something if the French President Macron does not want to do anything. They want to put forward the slogan “Let us live”.

State-run Vatan Emrooz newspaper, 21 December, under the heading “Abe’s Melon” wrote: “Rouhani likes a probable deal. According to what the government and state-run media said, the outcome of the deal for Iran is an economic opening, which increases the government’s incentive to reach such an agreement.”

“However, what will happen in practice is that it will not make much difference to the sanctions and economy of the country and even to the exchanges with other countries. If, as some media or experts have speculated, as a result of a deal to transfer part of Iran’s blockaded oil money, this currency acts as temporary relief, that will worsen the situation after its consumption and its impact on the country’s economy. ”
Click to read more 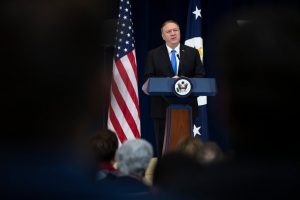 WASHINGTON — An Iranian judge who sentenced the American graduate student Xiyue Wang to a decade in prison was hit with United States sanctions on Thursday in the Trump administration’s latest pressure offensive against Tehran.

Mr. Wang, a fourth-year graduate student at Princeton University, spent three years in Tehran’s notorious Evin Prison after being convicted of espionage. He was freed this month in a prisoner exchange in which the Justice Department dropped charges against an Iranian scientist, Masoud Soleimani, and allowed him to leave the United States.

The judge in Mr. Wang’s case, Abolghassem Salavati, “is a tool of the regime’s repression — not an impartial friend of justice,” Secretary of State Mike Pompeo said on Thursday.

“We’re glad we won Xiyue’s release, but he should have never been sentenced or jailed in the first place,” Mr. Pompeo said, adding that Mr. Salavati is believed to have sentenced hundreds of political prisoners. “He’s the go-to guy” in the Iranian government’s efforts to detain dissidents, Mr. Pompeo said.

Mr. Pompeo also announced sanctions against another judge, Mohammad Moghisseh, accusing him of handing down harsh sentences against people who have challenged the government in Tehran, including one case of a human rights lawyer who was sentenced to 33 years in prison and 148 lashes.
Click to read more 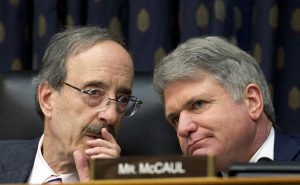 On Wednesday December 18, 2019, the U.S. House of Representative unanimously passed the H. Res 752 supporting the rights of the Iranian people “to free expression” and “condemning the Iranian regime for its crackdown on legitimate protests, and for other purposes.” The lead sponsors of the resolution are Congressman Ted Deutch (D-FL and Congressman Joe Wilson (R-SC).

Recognizing the November uprising as the “most significant antigovernment protests in Iran”, the resolution called on the Administration to “to work to convene emergency sessions of the United Nations Security Council and the United Nations Human Rights Council to condemn the ongoing human rights violations perpetrated by the Iranian regime and establish a mechanism by which the Security Council can monitor such violations.” It also urged the Administration to “expedite the license of communications technology to Iran to improve the ability of the Iranian people to speak freely” and called on “companies to reject requests by the regime to cut off the Iranian people from social media and other communications platforms.” Moreover, it urged the President and Secretary of State “to work with the international community to ensure that violations of human rights are part of all formal and informal multilateral or bilateral discussions with and regarding Iran.”

In his opening remarks, Chairman Elliot Engle (D-NY) recognized the horrifying violence that have ensued since the start of the protests and announced the resolution should serve as “our strong opposition to the regime.” Lead Republican, Congressman McCaul (R-TX) said, the Resolution is “in full support of the protesters” and “now is the time to act so that we can topple the regime and free the Iranian.” One of the main co-sponsors of the Resolution, Congressman Deutch (D-FL) recognized the “importance of bi-partisan American leadership in advancing American values and that’s the leadership we are providing today.”
Click to read more