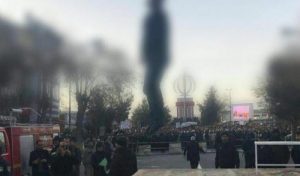 Iran Human Rights (Jan 11 2018): A prisoner who was charged with murdering seven members of his wife’s family was hanged in public in front of a crowd in Salmas.
According to a report by ISNA, on the morning of Thursday January 11, a prisoners was executed in public in Salmas. The prisoner was sentenced to public execution five times, 148 lashes, and 14 years in prison on the charge of murdering seven members of his wife’s family on May17, 2017.
“The prisoner was called Hossein Eskandarzadeh and he had been suffering from mental illness for years,” Told a close source to Iran Human Rights (IHR). This is the first public execution in 2018.

According to a report by Rokna, on Wednesday, January 10, a prisoner was executed at Qazvin Central Prison. The prisoner, identified as Sae’ed, was sentenced to death on the charge of murdering a man in Zaqeh Village in Abyek.
“I was in my shop when Ahmad came by. We drove toward a piece of land that I had sold him -but annulled the contract later. He was mad at me for selling the lot to someone else for a higher price. So we got into a fight in the car, and he tried to hit me with something he took out of the dashboard. I took it from him and hit him twice in the neck, but then I realised that he was bleeding and I got scared and escaped,” said the defendant in his defense.

Arash Mohammadi, 24 who was arrested on January 3, in Karaj west of Tehran called his family and told them he was tortured. It was the last time that Arash called his family. It’s been more than 4 days that no one has any news of him. Iranian authorities have denied his arrest and refused to provide any response.
Another young man, Behnam Nouri, 22 was arrested by intelligence 12 days ago from his home in northern city of Talesh. There is no news about him at the time of publishing this report.

In recent days, authorities in the Islamic Republic of Iran declared an end to the uprising encompassing upwards of 130 towns and cities over the course of roughly two weeks. The Islamic Revolutionary Guard Corps announced it had dispersed the most significant gatherings, despite ongoing reports of protests and civil disobedience suggesting that the popular sentiment has not been as easy to suppress as Tehran would have us believe.
That sentiment began with outrage over economic hardships and wealth disparities between the regime and the people, then quickly transformed to explicit calls for the ouster of President Hassan Rouhani and Supreme Leader Ali Khamenei, and for the wholesale dismantling of the system of clerical rule. Some onlookers were shocked by the much bolder slogans of this uprising, as compared with the 2009 Green Movement.

#IranProtests, Iranian protesters are using all ways to show their disagreement with Iranian government. They are tearing the photo of Khameneie.

Guards at the Gate 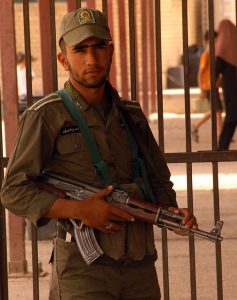 The Expanding State Control Over the Internet in Iran
he Expanding State Control Over the Internet in Iran by the Center for Human Rights in Iran (CHRI), provides a detailed analysis of internet policy and technological developments in Iran over the 2013-2018 period. The report, which builds on CHRI’s research and reporting on internet freedom and security issues in Iran and the growing technological capabilities of the state throughout these years, reveals the steady progress the Iranian government has made in controlling its citizenry’s use of the internet. In particular, Guards at the Gate examines the development of the country’s state-controlled National Information Network (NIN) and the enhanced state capabilities for internet filtering, blocking and surveillance it has enabled. The report assesses the implications of these developments for Iranians’ access to information and online privacy, and offers recommendations to the authorities in Iran and to the international community to address the rights violations Iranians are being subjected to by Iran’s state’s internet policies.

Center for Human Rights
January 10, 2018-The recent unrest in Iran-during which the authorities disruptedIranians’ access to the internet and blocked major social media networks used by the protesters-demonstrates that the Iranian government’s decade-long effort to control the internet in Iran is being realized.
In a major new report released today, Guards at the Gate: The Expanding State Control Over the Internet in Iran, the Center for Human Rights in Iran (CHRI) details the advances the Iranian government has made in controlling cyberspace in Iran, and the resulting losses to internet freedom and privacy. 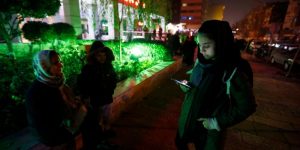 LATE LAST MONTH, as nationwide street protests entered their fourth day, Iran’s interior minister, Abdolreza Rahmani Fazli, issued a statement darkly warning that online social networks in the country were being used to create “violence and fear.” A day earlier, the internet as a whole had briefly flickered offline throughout Iran in what was widely interpreted as a government-engineered throttling. Following Fazli’s statement, the government blocked access to the photo-sharing site Instagram, as well as Telegram, a secure messaging app used by 40 million Iranians per month that had begun to emerge as a key organizing tool for protesters.
The shutdown of Telegram and the brief closure of the internet as a whole are signs of the Islamic Republic’s increasing technical capacity to manage its citizens’ access to the global web. A new report by the Center for Human Rights in Iran, “Guards at the Gate: The Expanding State Control Over the Internet in Iran,” paints a grim picture of the Islamic Republic’s growing ability to control and stymie the flow of information online.

Statement by the Press Secretary on Iran Protests 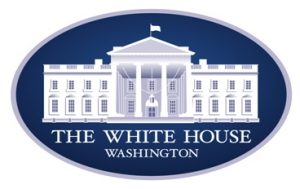 The Trump Administration is deeply concerned by reports that the Iranian regime has imprisoned thousands of Iranian citizens in the past week for engaging in peaceful protests. Further reports that the regime has tortured or killed some of these demonstrators while in detention are even more disturbing. We will not remain silent as the Iranian dictatorship represses the basic rights of its citizens and will hold Iran’s leaders accountable for any violations. The protesters in Iran are expressing legitimate grievances, including demanding an end to their government’s oppression, corruption, and waste of national resources on military adventurism. Iran’s regime claims to support democracy, but when its own people express their aspirations for better lives and an end to injustice, it once again shows its true brutal nature. The United States calls for the immediate release of all political prisoners in Iran, including the victims of the most recent crackdown.

Beyond tweets, here’s how Trump could help the Iranian protesters 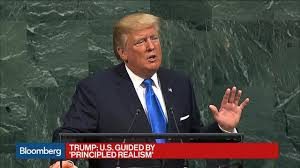 President Trump has made it clear that the U.S. stands with Iranian protesters, whose demonstrations against the repressive government of Supreme Leader Ayatollah Ali Khamenei were broken up last week but whose demands have yet to be answered. Trump could still aid their cause, and with a relatively easy, risk-free move: He could make public details of the regime’s corruption and help average Iranians understand the full extent of the national wealth that has been transferred from them to their government’s fat cats.
First among the fat cats is Khamenei himself, who personally sits atop a vast economic empire. In second place are the commanders of the Iranian Revolutionary Guard Corps, who run a privileged network of state businesses believed to control up to 40% of Iran’s economy. 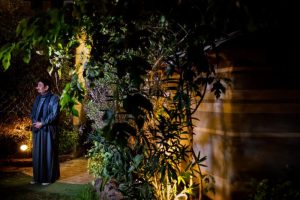 A United Nations panel has concluded that Iran violated an arms embargo imposed on Yemen by failing to prevent the Houthi rebels in that war-ravaged nation from obtaining Iranian missiles, including one fired hundreds of miles into Saudi Arabia two months ago.
The findings, in a report given to the United Nations Security Council this week, could add weight to American and Saudi efforts to ostracize Iran with accusations that the Iranians are engaged in destabilizing behavior in the Middle East. The findings, which have not been made public, were first reported on Friday by Agence France-Presse and confirmed by Security Council diplomats who had seen copies of the report. 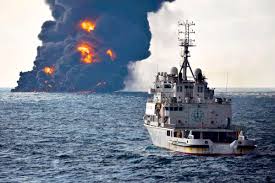 An oil tanker burning in the East China Sea has sunk a week after it collided with another vessel, according to Chinese state media.
The Panama-registered Sanchi tanker sank Sunday after an explosion rocked it and sent flames shooting up, CCTV reported. The Sanchi was carrying 136,000 tons — around 1 million barrels — of oil from Iran to South Korea when it collided with the Hong Kong-registered CF Crystal freighter in the East China Sea on January 7.
Chinese maritime authorities launched a search-and-rescue operation for the 30 Iranian and two Bangladeshi crew aboard the Sanchi. China’s Ministry of Transport said the 21 Chinese sailors from the CF-Crystal had been rescued.

The Role of Iranian-Americans in Peacekeeping 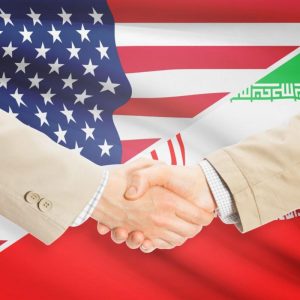 To say that American Iranian relations are strained is a major understatement. Iranian officials often view any involvement by the United States in the Middle East as a security threat, and a deterrent to their ability to exercise influence in the area. The United States views Iran as a dangerous power that is poised to take control in a troubled region and worries that some Iranian views are harmful to global security interests. With this backdrop, Iranian-American citizens are poised to continue to play a key role in brokering mutual peace between these two powerful global players.

The US Can Help Iranian Protesters Achieve Regime Change