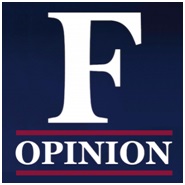 For slightly over a decade the office of Irani Supreme Leader Ali Khamenei has been quietly and yet surely taking full control over a large swathe of Iran’s economy, all under the deceptive pretext of privatization.

The motive driving this major effort forward can be understood in the desire, and need, seen in Khamenei and the Revolutionary Guards (IRGC) to enjoy all the more control and influence over Iran’s vast natural resources.

This privatization campaign, as dubbed by those behind it, was sparked with a significant turn of events dating back to 2005. With firebrand Mahmoud Ahmadinejad becoming the regime’s president, Khamenei and the IRGC went the limits to pack the entire executive branch with a long slate of loyalists who at least at the beginning of their campaign were in line with Khamenei’s strategic blueprint for the regime’s future.

With oil revenues skyrocketing, Khamenei sought a wind-blown opportunity to profoundly restructure Iran’s economy as he saw fit. This included bringing a conglomerate of industries and institutions under his direct ownership.

In May 2005, shortly after Ahmadinejad came to office, Iran witnessed the first official order issued for this purpose. The regime’s executive branch was instructed to begin placing 80% of all economic enterprises under the supervision of “non-government public, private and cooperative sectors,” with a specific timetable of sealing the plot by the end of 2009.

These enterprises included airlines, banks, foreign commerce, insurance companies, large mines, power generation, posts, roads and shipping companies. Most important of all were primary industries including the likes of downstream oil and gas entities. Estimates indicate a whopping $12 billion in shares were handed over from 2005 to 2008.

Khamenei’s office and its network of entities were enjoying the main portion of such transfers. This included the all-powerful “Setad Ejraiye Farmane Hazrate Emam” Headquarters for Executing the Order of the Imam, in reference to regime founder Ruhollah Khomeini. Iran’s armed services and the notorious foundations were also receiving their share.

The impact is more easily comprehended considering the fact that these institutions are in full control over all their decision-making processes, intelligence gathering mechanisms, legislative methods and having unprecedented access to budgetary commitments of significant proportions. The resulting financial mini-empires have literally transformed into the main players and bouncers, if you may, before Western companies seeking to breach into Iran’s economy.

The U.S. office of the National Council of Resistance of Iran (NCRI) has recently published a new piece titled “Rise of the Revolutionary Guards’ Financial Empire: How the Supreme Leader and IRGC Rob the People to Fund International Terror,” highlighting the control gained by Khamenei, the IRGC or their associates on direct or indirect control of 14 different economic super-hubs. The Setad has obtained holdings now valued at $95 billion, according to the above mentioned Reuters probe. All such institutions also have no commitment to pay taxes, and irony lies in the fact that some receive annual budgets from Tehran.

The rendered result is the control of at least 50% of Iran’s GDP by Khamenei’s office and the IRGC. And where is the destination of this enormous revenue?

A comprehensive study shows Tehran is allocating an eye-opening $15-20 billion to finance the ongoing carnage in Syria, with at least $1 billion set aside only for proxy militia salaries. IRGC Quds Force chief Qassem Suleimani also pours billions into Iraq to provide for Shiite militias busy instigating sectarian hatred and violence. Another $1 billion is channeled to the Lebanese Hezbollah and $1.3 billion to Hamas.

Companies in the West see it in their interest to launch direct transactions with Iran’s private sector. What needs comprehension is the fact that behind the curtain of official banks and firms in Iran is actually an IRGC-controlled institution network.

Unfortunately, Iran’s economy today is managed by the same figures busy repressing the Iranian people, exporting extremism and terrorism, and strongly advocating a fundamentalist seeking to wreak havoc in the West.

Doing business with Iran is part in parcel with mingling with the repressive dictator, Khamenei, and his IRGC.

There is a unique opportunity before the Trump Administration to deprive the IRGC of its resources, limit its profit-making and operations-funding terrorism by blacklisting the IRGC as a foreign terrorist organization. Such an important strategic initiative also benefits from hard-to-find bipartisan support in Congress.