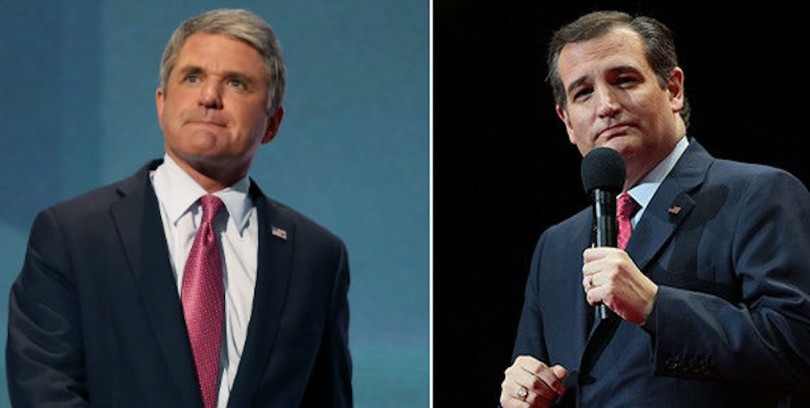 Americans have seen ballistic missile tests, harassment of U.S. forces, the kidnapping of our sailors and the unlawful imprisonment of U.S. citizens on the nightly news, and realize that Iran is not a friendly regime.

Former President Obama tried to improve relations, using a policy of appeasement with Iran. Now the Trump Administration is trying a hardline position against Iranian hostility.

Texas Republican Senator Ted Cruz, who serves on the Committee on Armed Services, and Representative Michael McCaul, another Republican from Texas, who is also chairman of the House Committee on Homeland Security, said in an opinion piece for USA Today, “Iran is the world’s foremost state sponsor of terror, and we are alarmed by their increasing assistance to a “who’s who” list of Islamist militant groups.”  They say it’s time to start pushing back against the regime’s support for our terrorist enemies.

Cruz introduced a bill earlier this year, directing the State Department to decide whether the Iranian Revolutionary Guard Corps (IRGC) meets the criteria to be designated as a foreign terrorist organization. Cruz and McCaul believe that the Trump administration should designate the IRGC as an FTO, because the IRGC is responsible for exporting the Islamic Republic’s radical ideology and supporting terror across the globe, they say.

According to Cruz and McCaul, even without the IRGC, Tehran is known as the chief patrons of Hezbollah, who have killed Americans from Beirut to Baghdad.  Tehran also provides financial and military support of Hamas, who has launched thousands of rockets at Israel. Hamas and Hezbollah have both been designated as FTOs by the State Department.

Cruz and McCaul accuse Iran of supporting al-Qaeda. The 9/11 Commission Report described “strong evidence that Iran facilitated the transit of al-Qaeda members into and out of Afghanistan before 9/11,” including future 9/11 hijackers. Additionally, they say that when the US invaded Afghanistan, some of al-Qaeda’s top leaders fled to Iran — in fact, Osama bin Laden’s son Hamza, who has followed in his father’s footsteps, relocated there.

Iran allows its territory to be used as a pipeline for al-Qaeda fighters and funding, and refuses to bring the operatives to justice. Iran allegedly put al-Qaeda operatives under “house arrest,” but Cruz and McCaul say that instead, they have allowed them to return to the battlefield. They point to al-Masri who, until he was killed in a drone strike earlier this week, was allowed to leave Iran for Syria, where he operated as al-Qaeda’s second-in-command.

Reports regarding the treasure trove of intelligence found in bin Laden’s compound in 2011, reveal a close, symbiotic relationship between the Iranian regime and al-Qaeda. “Iran is our main artery for funds, personnel, and communication,” bin Laden wrote to subordinates in Iraq, warning them not to threaten attacks in Iran.

The Treasury and State departments have been warning us for years, publicly calling out Iran’s harboring of al-Qaeda operatives.

Cruz and McCaul write, “The terror group has used its protected status in Iran to fund and support new operations, and to escape U.S. counterterrorism efforts so it can rebuild the leadership cadre decimated by targeted drone strikes. When the Treasury Department sanctioned three Iran-based al-Qaeda leaders this past July, it noted they were ‘part of a new generation of al-Qaeda operatives’.” The Texas Republicans add, “The takeaway here is obvious: the murderous radicals who planned 9/11 are replenishing their ranks, and they are doing so with the support and protection of one of America’s biggest foes. We cannot allow that to happen.”  They want the al-Qaeda networks operating in Iran to be shut down.

The fact that the Trump team are clear about the Iranian threat, is encouraging to Cruz and McCaul, who say they should now also focus on the Iran-led axis of terror, including by designating the IRGC as a terror group.  As well, further negotiations on the nuclear deal must address Tehran’s harboring of al-Qaeda members.  Cruz and McCaul claim we must pressure our allies to do the same.

They conclude by saying, “We will never appease Iranian leaders into moderating their extremism. But we can protect our country — and our interests — by standing up to them.”