WASHINGTON, DC; August 12, 2019 – On behalf of more than 12.5 million members in America, the AFL-CIO acknowledged the numerous cases of arrests including those of the leaders of the teacher’s unions and workers currently held in the notorious Evin prison in Tehran and elsewhere in Iran. The International Director of the AFL-CIO and the Deputy President of the International Trade Union Confederation (ITUC), Cathy Feingold, denounced “the continued persecution of the trade unionists and the systematic abuse of workers’ and trade union rights in Iran.” The joint letter called out the “systematic non-payment of wages” of the workers in Iran, including the retirees. It called for justice and halt of arrests and imprisonment of the activists and journalists. It also called on the Iranian regime to follow the recommendations by the Committee on Freedom of Association of the International Labor Organization.

We applaud the AFL-CIO and International Federation of Labor Organizations, ITUC, and all other international signatories for strongly condemning the violations of labor and human rights in Iran.

The systematic and state-sponsored corruption by the Iranian regime continues to target the labor, unions, pensioners and trade workers. Earlier this year, Amnesty International warned about the regime’s use of the “provisions in the Islamic Penal Code to criminalize the activities of human rights defenders and civil society organizations.” Daily crackdown and arrests are escalating in Iran. In Tehran alone, 30 people were arrested honoring this year’s May Day, yet the protests spread to 16 cities with slogans like “down with dictators”; “Workers, teachers, students, unite, unite”; “the government embezzles, workers face imprisonment”; and “the government betrays us; the parliament protects it.”  The international community must continue the pressure on the Iranian regime to free all political prisoners, including labor activists.

The nationwide unrest, strikes and protests are growing in Iran. In the month of July, there has been more than 130 protests or strikes staged by workers, teachers, farmers, nurses, pensioners and retirees in 41 cities across Iran over wage issues, nonpayment, lack of job security, dismissal of workers, under employment, the non-renewal of workers’ contract, and monopoly of job market by the regime’s cronies particularly those affiliated with the notorious Islamic Revolutionary Guards Corp (IRGC).

The Organization of Iranian American Communities (OIAC) stands in solidarity with the labor movement in Iran and urges the world community to speak in one voice in support of the Iranians’ desire for freedom, justice and equality. 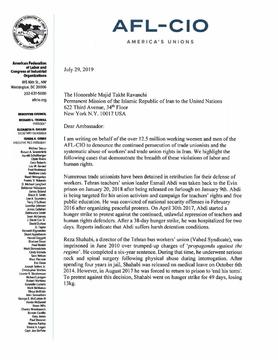 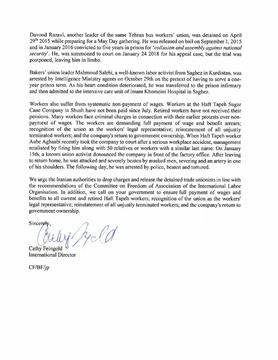 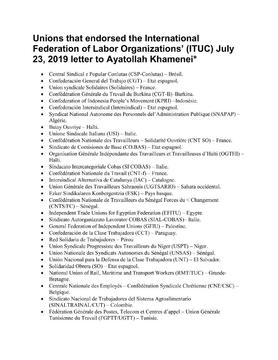 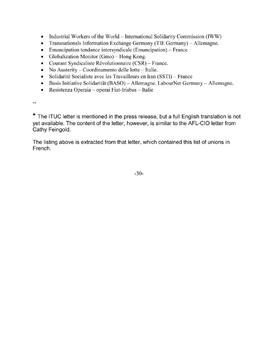 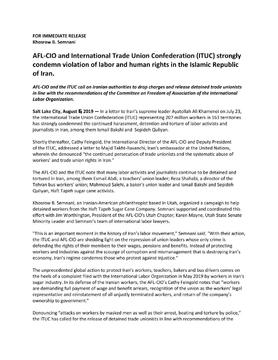 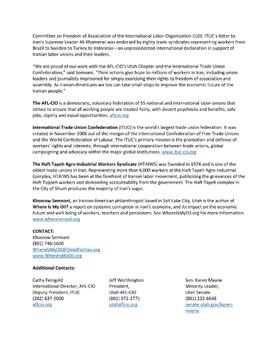