GENEVA, Feb. 12, 2017 — UN Watch expressed concern that Sweden’s self-declared “first feminist government in the world” sacrificed its principles and betrayed the rights of Iranian women as Trade Minister Ann Linde and other female members walked past Iranian President Rouhani on Saturday all covered up in compliance with Iran’s compulsory Hijab law, despite Stockholm’s promise to promote “a gender equality perspective” internationally, and to adopt a “feminist foreign policy” in which “equality between women and men is a fundamental aim.”
In doing so, the Swedish female politicians ignored the recent appeal by Iranian women’s right activist Masih Alinejad who urged Europeans female politicians “to stand for [their] own dignity” and refuse to wear the hijab when visiting Iran.

Alinrejad created a Facebook page for Iranian women to resist the law and show their hair as an act of resistance, which now numbers 1 million members.
“European female politicians are hypocrites,” says Alinejad. “Because they stand up with French Muslim women and condemn the burkini ban—because they think compulsion is bad—but when it happens to Iran, they just care about money.”

The scene in Tehran on Saturday was also a sharp contrast to Deputy Prime Minister Isabella Lövin’s feminist stance against Trump, in a viral tweet and then in a Guardian op-ed last week, in which she wrote that “the world need strong leadership for women’s rights.”
Linde “sees no conflict” between her government’s human rights policy and signing trade deals with an oppressive dictatorship that tortures prisoners, persecutes gays, and is a leading executioner of minors. 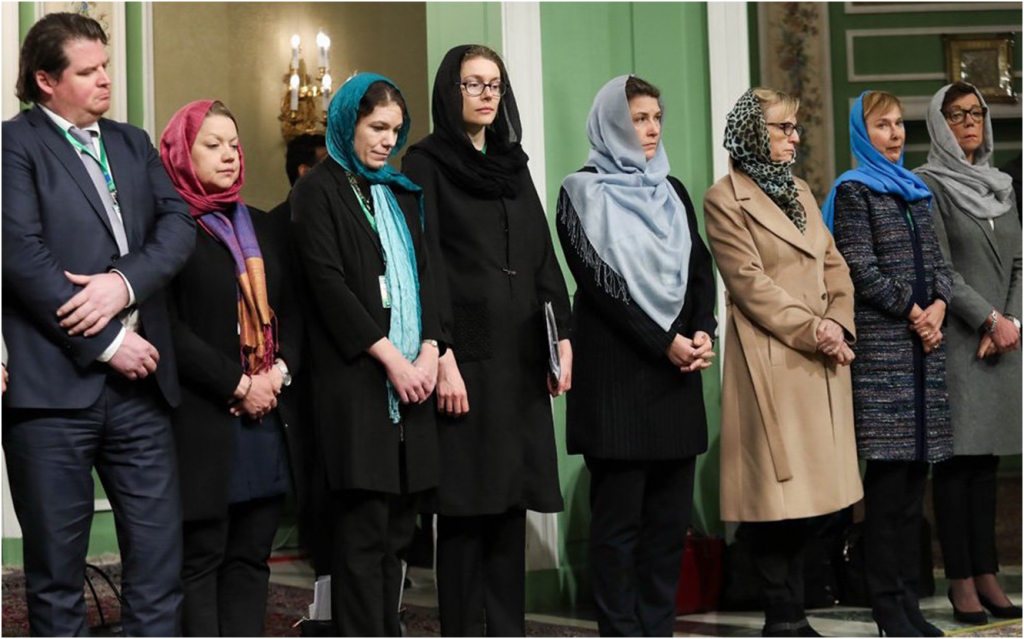 “They go to my country,” said Aliinejad recently in the European Parliament, “and they ignore millions of those women who send their photos to me and put themselves in danger to be heard. And [the European politicians] keep their smile, and wearing hijab, and saying this is a ‘cultural issue’—which is wrong.”

Below, Sweden’s feminist trade minister Ann Linde dons the hijab and wears a black cloak like her Iranian counterpart. 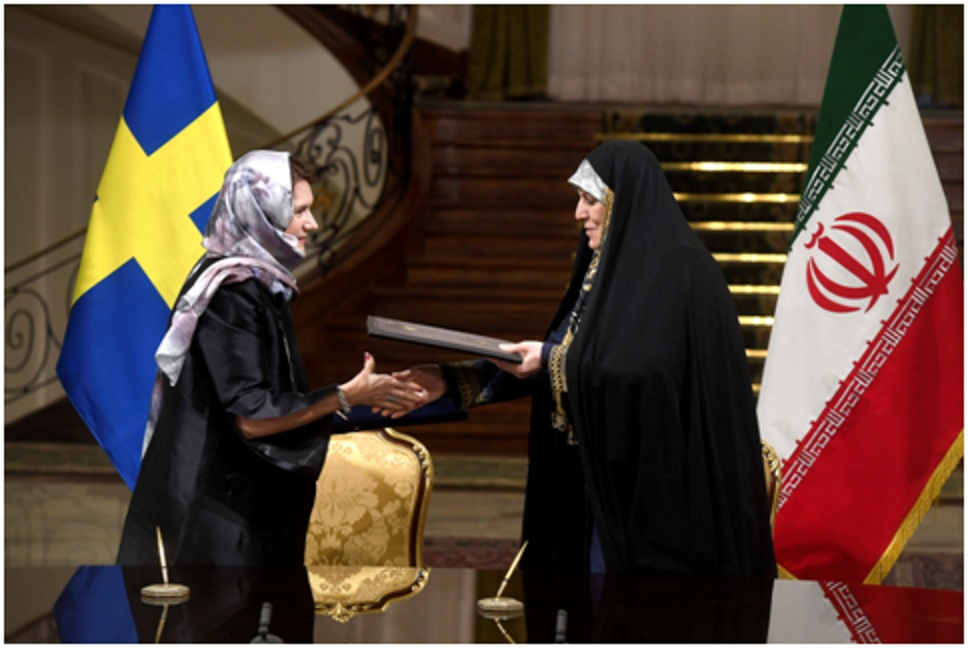 “Sweden has the first feminist government in the world”

“Sweden has the first feminist government in the world,” Stockholm has declared.

“This means that gender equality is central to the Government’s priorities.. – in decision-making and resource allocation. A feminist government ensures that a gender equality perspective is brought into policy-making on a broad front, both nationally and internationally. Women and men must have the same power to shape society and their own lives. This is a human right and a matter of democracy and justice. Gender equality is also part of the solution to society’s challenges and a matter of course in a modern welfare state – for justice and economic development. The Government’s most important tool for implementing feminist policy is gender mainstreaming, of which gender-responsive budgeting is an important component.”

Equality between women and men is a fundamental aim of Swedish foreign policy. Ensuring that women and girls can enjoy their fundamental human rights is both an obligation within the framework of our international commitments, and a prerequisite for reaching Sweden’s broader foreign policy goals on peace, and security and sustainable development. 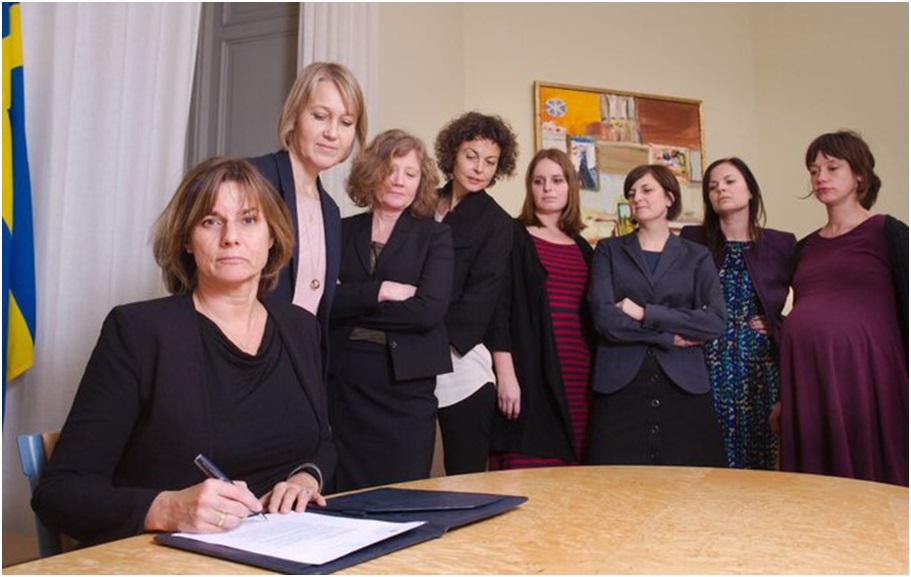 Just signed referral of Swedish #climate law, binding all future governments to net zero emissions by 2045. For a safer and better future.

Writing in the Guardian, Deputy prime minister Lövin contrasted Swedish policy with that of President Donald Trump, saying that the world “needs strong leadership for women’s rights” and “Sweden will have an increasingly important role to play in this.” She added that “many countries could learn an important lesson from this.”

Her viral tweet above was meant to emphasize her government’s focus on women’s rights, as opposed to Trump.
View image on Twitter 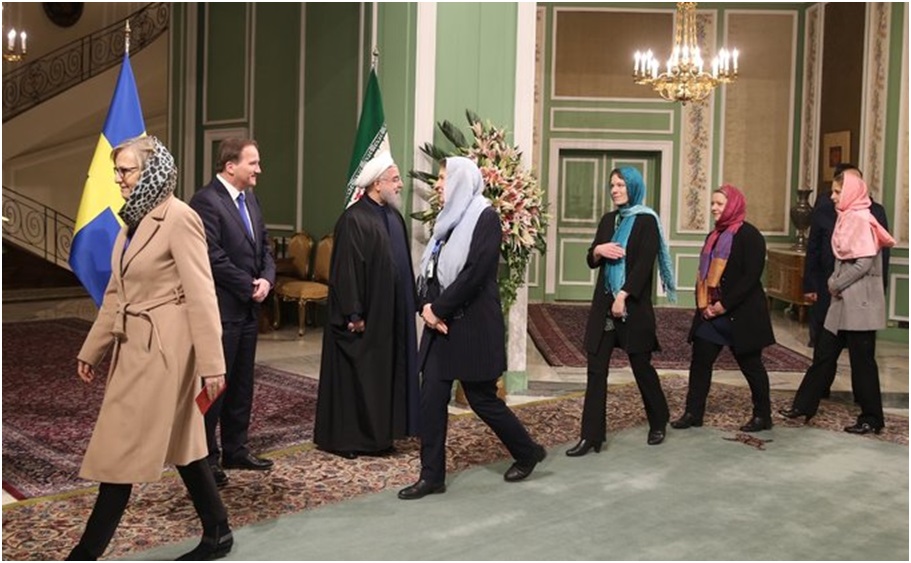 Walk of shame: Women of Sweden’s “first feminist government in the world” don hijab as they walk past Iran’s Rouhani 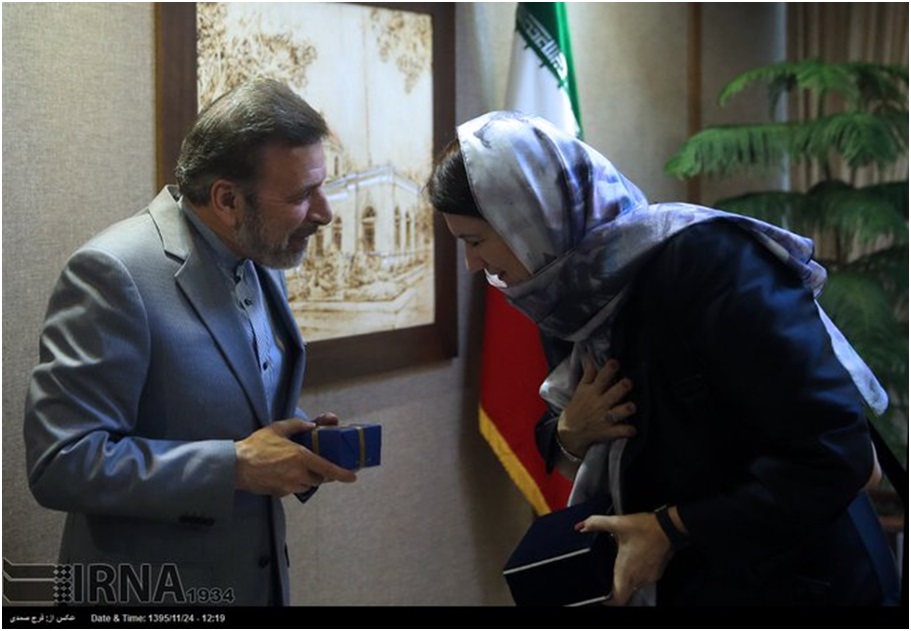 UN Watch regrets that you did not protest Iran’s compulsory Hijab law, which is the most visible symbol of women’s oppression. … See More

Growing support for the Iranian resistance