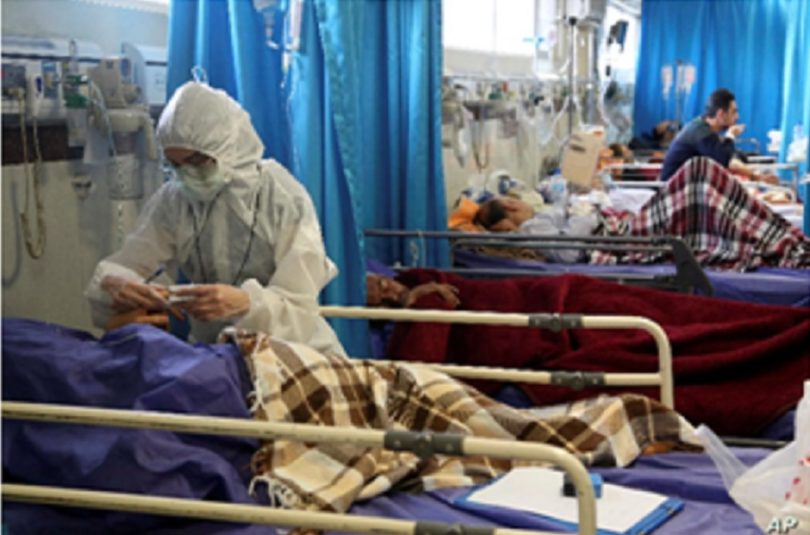 WASHINGTON – Iran’s struggle to contain its coronavirus pandemic could have a ripple effect across the Middle East, with some U.S. officials suggesting it could further destabilize an already volatile region.

In particular, military officials worry that the regime’s slow response has quietly turned Iran into a launching pad for the virus, helping it to spread far beyond what officials in Tehran have been willing to acknowledge.

Making matters worse, U.S. officials believe the extent of the coronavirus’ grip on Iran has been vastly underreported, reaching well into the upper echelons of Iran’s leadership.

“A number of people have died as a result of that in Iran’s senior leadership cadre,” McKenzie told reporters Friday.

“People are separated. They’re distrustful,” he added, warning the virus’ toll could make Iran’s leadership more willing to strike out at the U.S. and Western targets in the region, if only as a distraction to the problems at home.

Since Iran diagnosed its first case of the coronavirus Feb. 19, it has identified more than 11,000 victims, with officials reporting more than 500 deaths.

World Health Organization officials who recently visited the country, said while Tehran’s efforts are “are evolving in the right direction” there are still some deficiencies and that “more needs to be done.”

United Nations officials say they, too, are “deeply concerned” about the pandemic in Iran.

Iran itself has also asked for help, requesting $5 billion in emergency funding from the International Monetary Fund, while also demanding an end to U.S. sanctions.

However, some military and intelligence officials worry that due to Iran’s initial handling of the outbreak, substantial damage has already been done. “

Iran’s response to the coronavirus transformed the country into something akin to a viral amplifier or repeater,” according to Norman Roule, a former national intelligence manager for Iran in the Office of the Director or National Intelligence.  “

Iran’s activities in the region allowed the virus to reach Syria and perhaps even Lebanon,” he said.  “We should wonder what Iran’s actions have meant to other neighbors, especially Pakistan and Afghanistan.”

Officials and analysts believe one reason Iran may have been able to help spread the coronavirus is its close ties with China, considered the original epicenter for the pandemic.

For years, China has been one of Iran’s top trading partners, and Iran watchers say Tehran’s reliance on Beijing has likely only grown stronger due to increased U.S. sanctions.

Another factor, though, is Tehran’s reliance on Iran’s Revolutionary Guard Corps.

Known primarily for its military activities and work with proxy forces in Iraq, Syria, Afghanistan and elsewhere, the IRGC found itself tasked, early on, with leading Iran’s coronavirus response.

Some analysts expressed concern that even if just a handful of key IRGC officials continued to travel to liaise with proxy forces, it could have been deadly. “

This is something that doesn’t take vast quantities or large numbers for it to spread,” said Colin Clarke, a senior fellow at The Soufan Center, a global security research group. “It takes a select group of people that are traveling throughout the region.”

Adding to the fears is the likelihood that some of these IRGC operatives, or the proxy forces they work with, could come into contact with refugees or internally displaced persons in countries like Iraq and Syria.

The World Health Organization last month warned displaced persons and refugees, especially those staying in camps, were at “very high risk” from the coronavirus. “

People who have been displaced by conflict are often particularly vulnerable,” Jason Straziuso, with the International Committee of the Red Cross, told VOA. “Their temporary accommodation or IDP camps can be crowded, often with inadequate sanitation and shelter or little access to medical care and good nutrition.”

Syria has yet to report a case of the coronavirus, but some officials and aid groups say that may be a reflection of a lack of health resources, especially in war-ravaged parts of the country, rather than the absence of the virus.