The United Nations Secretary General, Antonio Gutteres has submitted to the General Assembly the annual report of the Special Rapporteur on the situation of human rights in the Islamic Republic of Iran. This is the first time the U.N. report is addressing the Iran’s 1988 Massacre of Political Prisoners, especially since last year’s revelation that generated shockwaves across Iran by Hassan-Ali Montazeri, the heir to the first supreme leader, and subsequent admission by some of the senior official in President Rouhani’s cabinet, including the Justice Minister.

This is a significant first step in holding the perpetrators of crime against humanity accountable for executions of over 30,000 political prisoners in the summer of 1988 in a worldwide tribunal when a new regime that is truly representative of Iranian people takes charge.

The situation of human rights in the Islamic Republic of Iran document is 23 pages. The relevant text regarding the 1988 massacre is documented in the following pages’ sections that are highlighted: 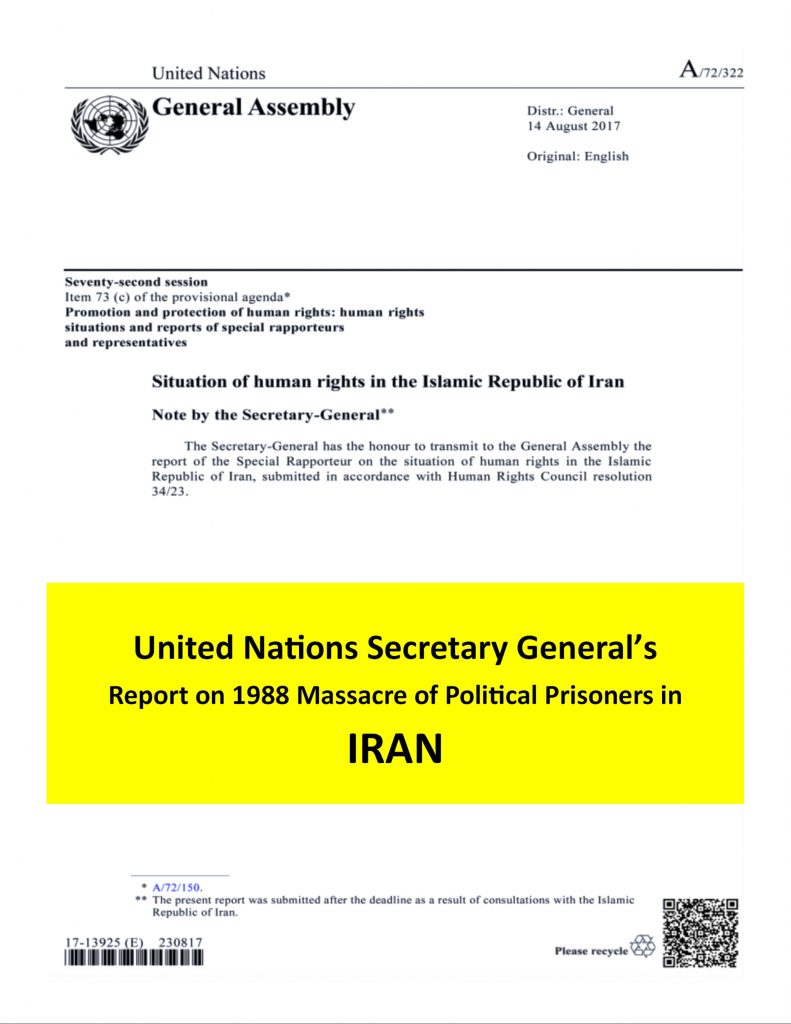 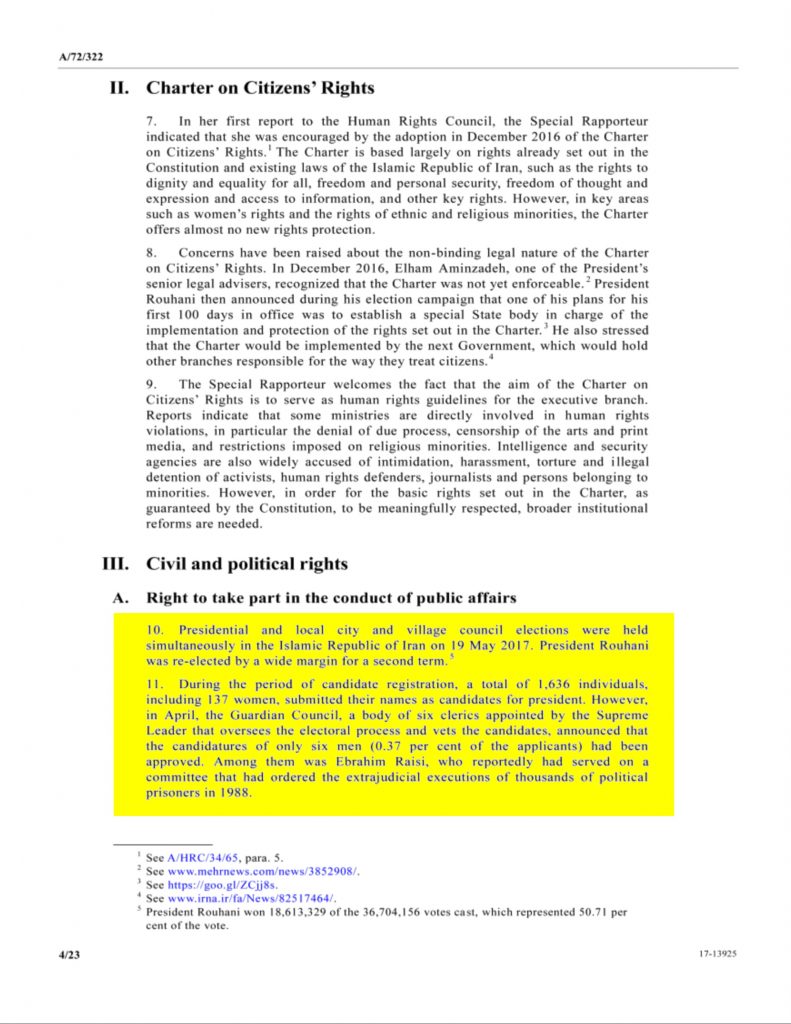 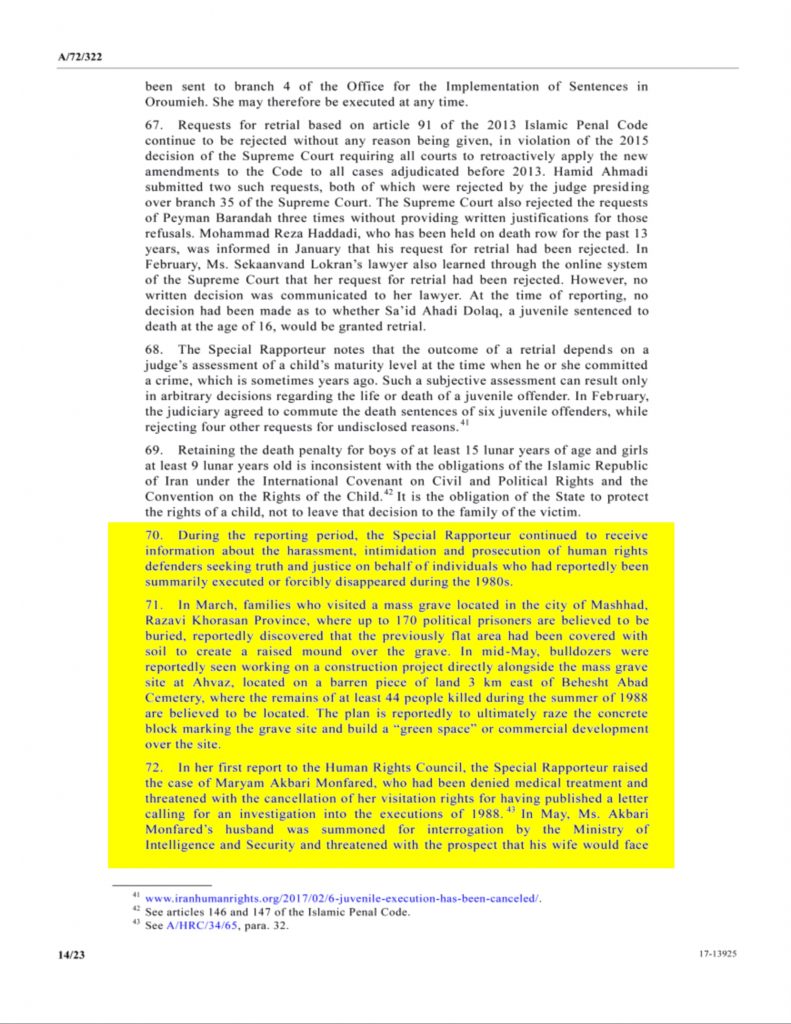 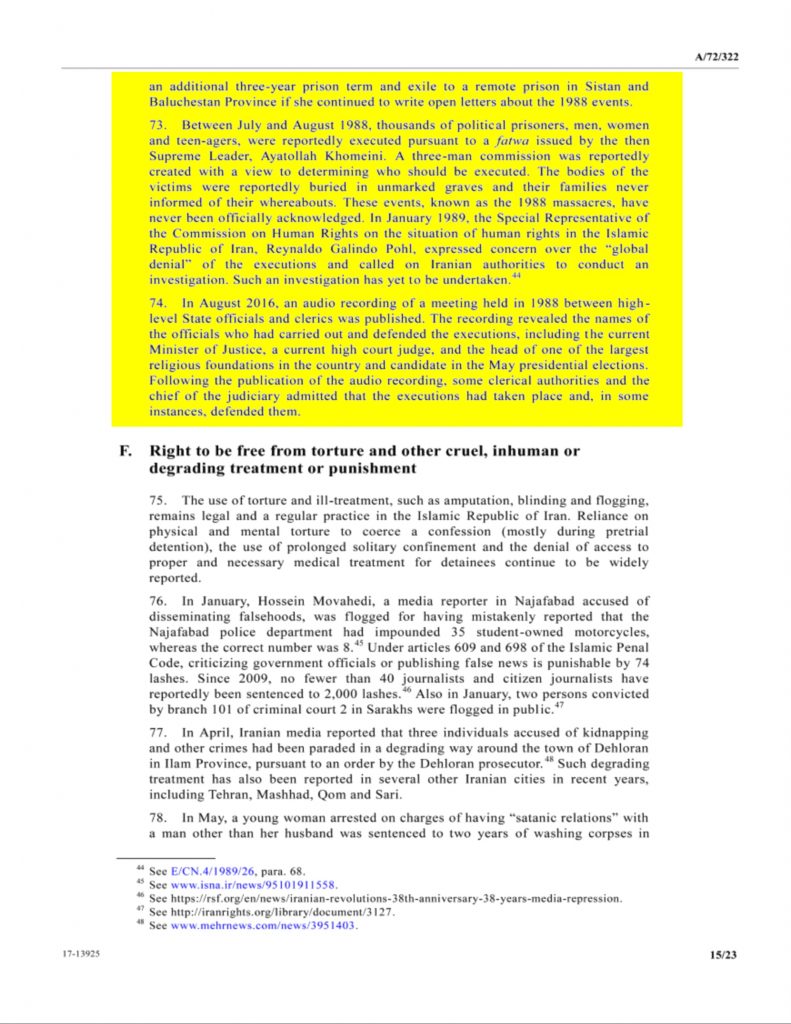