Ahmed Shaheed, the United Nations’ special rapporteur on the situation of human rights in Iran, had presented his latest report to the international governing body. The report covers the period from January 1, 2016 to the middle of August, and it describes the continuation of a number of familiar human rights abuses, including mass executions and the arrest and prosecution of journalists and peaceful activists.

Shaheed noted that at least 15 journalists and bloggers were arrested without cause during the period covered by his report. Also during that time, five million websites were blocked by the Iranian regime’s filtering technologies, in a testament to the regime’s ongoing and by some accounts escalating attempts to control the flow of information inside the country.

One area in which escalation was fortunately not reported relative to last year was the Iranian execution rate. However, Shaheed finds that approximately 250 people were put to death in Iran during the period of his report. This may leave the Islamic Republic on course to retain its long-held title as the country with the highest rate of executions per capita, although it represents a much lower rate that the same period last year. Previous reports have found that over the course of 2015, at least 966 people were executed in Iran, and possibly well over 1,000.
Human rights advocates also question the significance of the decline during the first half of 2016, noting for instance that national elections and the holy month of Ramadan both took place during that time, and that both are events that usually lead to a slow-down or halt in the process of executions. Since then, human rights-oriented media outlets and activists groups like the International Campaign for Human Rights in Iran have pointed to a rebound in the number of executions and particularly of mass executions. HRANA reported last week, for instance, that at least 56 executions had been carried out during a 17-day period shortly after the end of the period covered by Shaheed’s report.

This goes to show that Shaheed’s work is only one of a number of sources of persistent international criticism of Iran’s human rights record. In the wake of accusations that nuclear negotiations between Iran and six world powers had taken the focus off of human rights issues, a number of individuals and groups – both independently and from within Western governments – have made separate efforts to bring pressure to bear on ongoing abuses.
In some cases, it is plain to see that collective action has been spurred by the absence of change in Iran’s behavior, even toward Western entities, following the nuclear agreement. As has been widely reported, the Iranian judiciary and the Iranian Revolutionary Guard Corps both continue to target Western nationals and persons accused of having connections with Western interests. This recently led to 10 year sentences for Iranian-American businessman Siamak Namazi and his 80-year-old father Baquer. Shortly before the announcement of those convictions, Iran’s revolutionary court also handed down a five year sentence to the Iranian-British mother and charity worker Nazanin Zaghari-Ratcliffe, whom it accused of attempting to foment a “soft revolution” against the clerical regime.
The UK’s Guardian newspaper reported on Sunday that Amnesty International had started a petition for action from the British government on the case of Zaghari-Ratcliffe and another British national, Kamal Foroughi, who is serving an eight-year sentence on charges of espionage and possessing alcohol, and for whom Monday marked 2,000 days in jail.

The petition was delivered to the UK’s Foreign Office on that day by Foroughi’s son Kamran and by Zaghari-Ratcliffe’s husband Richard Ratcliffe. It reportedly bears 72,000 signatures and expresses some frustration that the Foreign Office has seemingly not given priority to the case. Such concerns reflect deeper worries about Western policies toward Iran during and after nuclear negotiations. Amnesty’s campaign manager for UK Individuals at Risk, Kathy Voss said that cases like those of Zaghari-Ratcliffe and Foroughi “lend the lie” to public narratives about “thawing relations” between Iran and the UK.

Meanwhile, the Namazi cases have been cited by American critics of the Obama administration, to say that similar narratives about the US and Iran are also false. Last week, it was reported that Babak Namazi, the brother of Siamak, had issued a press release commenting on the groundless convictions of his brother and father. The statement described them as victims of a media campaign “full of fabrications and baseless accusations.” It also noted that specific charges had never been made public in their cases, although they were convicted via a one-day trial on vague charges of “cooperating with the hostile government of America.”

Siamak Namazi had spent years campaigning for improved relations between Iran and the US, and for the alleviation of economic sanctions that he felt were harmful to the Iranian people. In the current political and diplomatic climate, the apparent persecution of that businessman seems to suggest that the Iranian establishment does not share Western interest in improving general relations with traditional enemies. At the same time, the propaganda surrounding those convictions, including a video showing images of previous political prisoners and of Siamak Namazi’s American passport, indicates that the Islamic Republic still very much considers the US and its allies to be enemies.

Babak Namazi’s press release seems to highlight some of the anti-American motives behind his relatives’ arrests and convictions, but it serves more explicitly as an indictment of Iran’s general treatment of prisoners, regardless of motive. The statement expresses concern that Baquer Namazi’s 10-year prison term amounts to a death sentence, in light of the 80-year-old’s existing health problems and the established pattern of Iranian prison authorities and judiciary officials denying medical treatment to persons in need.

Report from Iran also points to two other political prisoners who have suffered from that phenomenon after being accused of having ties to the West. One is the renowned human rights lawyer and activists Narges Mohammadi, whose 16 year sentence for her peaceful activities was recently confirmed despite the fact that lack of medical treatment, combined with a hunger strike had necessitated her release on medical furlough. The other is Omid Kokabee, formerly a graduate student in Physics at the University of Texas, who was reportedly arrested while visiting Iran, after he refused to participate in an Iranian military project.

Kokabee was recently granted conditional release, but only after losing most of a kidney to cancer. His supporters insist that if he had been permitted routine examinations after the first appearance of symptoms, the cancer would have been detected at an early stage and removed with fewer lasting consequences for his health. The deterioration in his condition surely contributed to the decision to release him three years ahead of the end of his sentence. But international pressure may also have played a role, as Kokabee was the subject of calls to action by Amnesty International and other groups, as well as being the recipient of two awards from the scientific community, related to his willingness to take a moral stand on behalf of his field of study. 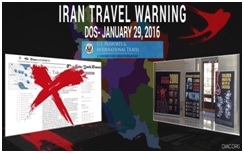