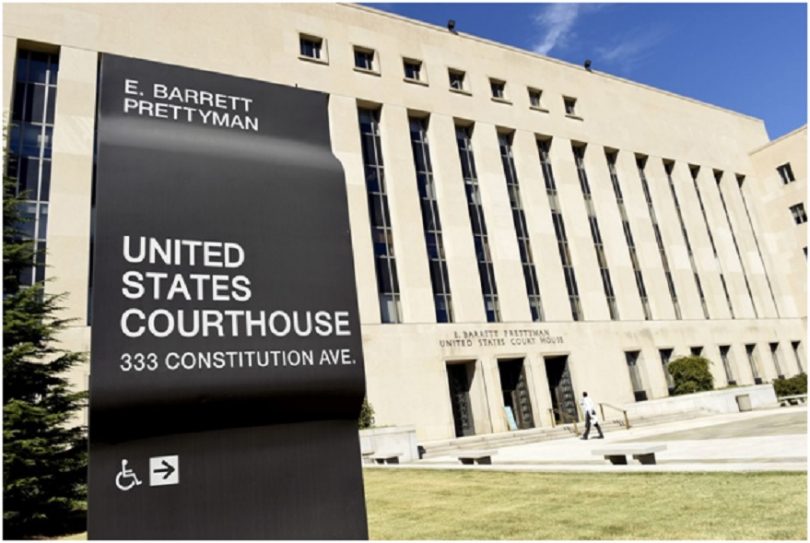 U.S. prosecutors announced charges Monday against two men arrested Aug. 9 and accused of acting as agents of the government of Iran, covertly monitoring a Jewish center in Chicago and American members of an Iranian opposition group in exile in behalf of the government of the Islamic Republic of Iran.

Criminal complaints against Ahmadreza Mohammadi Doostdar, 38, a dual U.S.-Iranian citizen, and Majid Ghorbani, 59, an Iranian citizen and resident of California, were unsealed after an indictment was returned Monday in the District of Columbia, according to the U.S. Justice Department and U.S. attorney’s office of the District.

Ghorbani is scheduled to appear for a detention hearing at 9:30 a.m. Tuesday before U.S. Magistrate G. Michael Harvey of the District, prosecutors said. Attorneys for the men could not immediately be identified.

“Doostdar and Ghorbani are alleged to have acted on behalf of Iran, including by conducting surveillance of political opponents and engaging in other activities that could put Americans at risk,” Assistant Attorney General for National Security John Demers said in a statement.

Doostdar and Ghorbani were charged with acting as agents of Iran, violating U.S. sanctions and conspiracy. The charges carry maximum statutory penalties of 10 years, 20 years and five years in prison, respectively.

According to charging documents, Doostdar entered the United States in about July 2017 allegedly to gather intelligence about targets considered enemies of the Tehran government, including Israeli and Jewish interests and the MEK, a dissident group that seeks regime change in Iran and that was listed by the U.S. State Department as a terrorist group from 1997 until 2012.

According to an FBI affidavit, Doostdar on July 21, 2017, allegedly surveilled and photographed security features at the Rohr Chabad House — a branch of Lubavitch Chabad of Illinois that serves students at the University of Chicago-Illinois.

That December, Doostdar allegedly paid Ghorbani $2,000 in cash and received 28 photographs with names attached that Ghorbani is accused of taking of demonstrators at a Sept. 20, 2017, MEK rally against the Iranian government in New York City, the FBI said.

The pictures and a handwritten receipt for $2,000 were allegedly found concealed in Doostdar’s luggage as he traveled through an airport in the United States to return to Iran, the FBI affidavit said.

U.S. authorities accused the men of continuing to work together this year, with Ghorbani allegedly traveling to Iran in about March after telling Doostdar he was going there to conduct an “in-person briefing,” and discussing clandestine methods to provide to Iran photographs Ghorbani took of people who attended an MEK-affiliated Iran Freedom Convention for Human Rights in Washington, D.C., on May 4.