Thousands Rally at the U.N. against Iran’s President 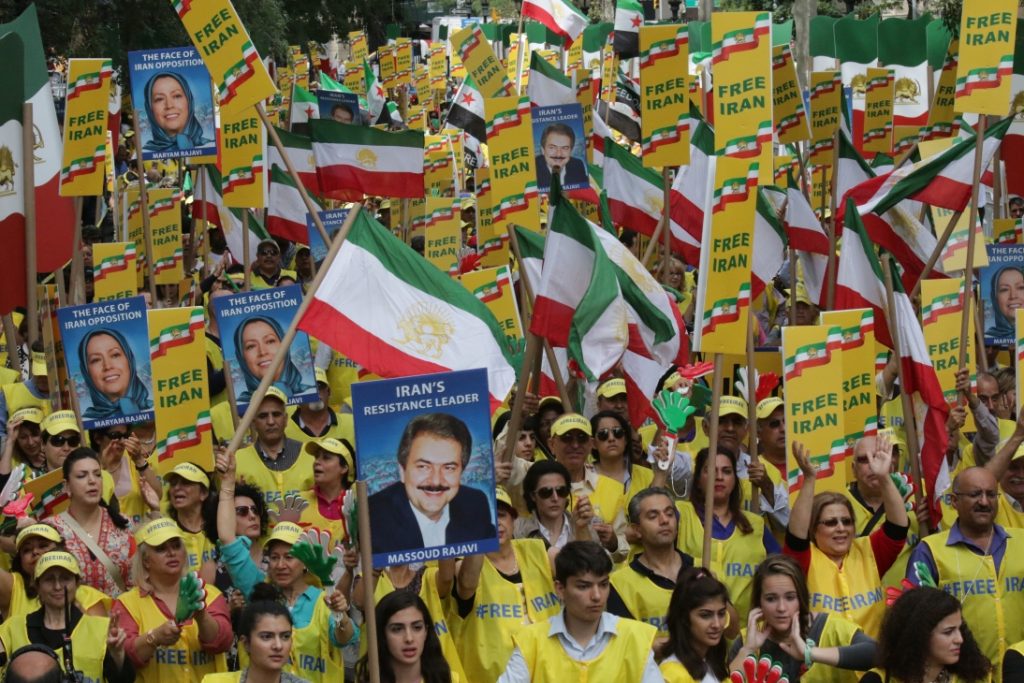 The U.N. plaza witnessed thousands of Iranian Americans, their supporters, community faith leaders, rights activists and dignitaries from across the U.S. coming together to protest presence of Iran’s President Hassan Rouhani at the UN General Assembly, as the number one per capita executioner in the world; Last year, the U.N. reported there has been at least 966 executions in Iran in 2016.

Similarly, protesters condemned Iran’s involvement as the central banker of terrorism in Syria, Iraq and Yemen, while insisting on developing weapons of mass destruction in pursuit of the Middle East region domination. Hence, the speakers at the rally echoed the aspiration of Iranian people for democratic regime change in Iran. A regime that is non-nuclear, secular, democratic republic at peace with the global community of nations. 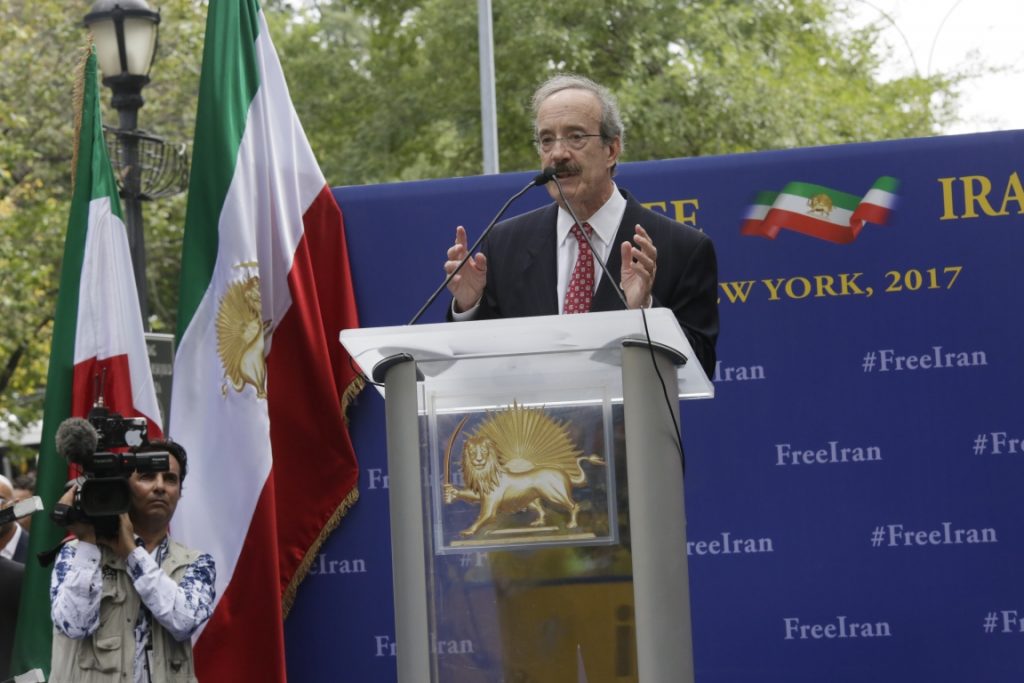 Eliot Engel (D-NY), House Foreign Affairs Committee Ranking Member, told the participants, “I see all these wonderful signs, but the one I like the best says ‘Free Iran,’” adding, “from within, change can come, because the Iranian people have always been able to do what’s right, and this terrible regime that strangles the Iranian people has got to end—and the sooner the better.” 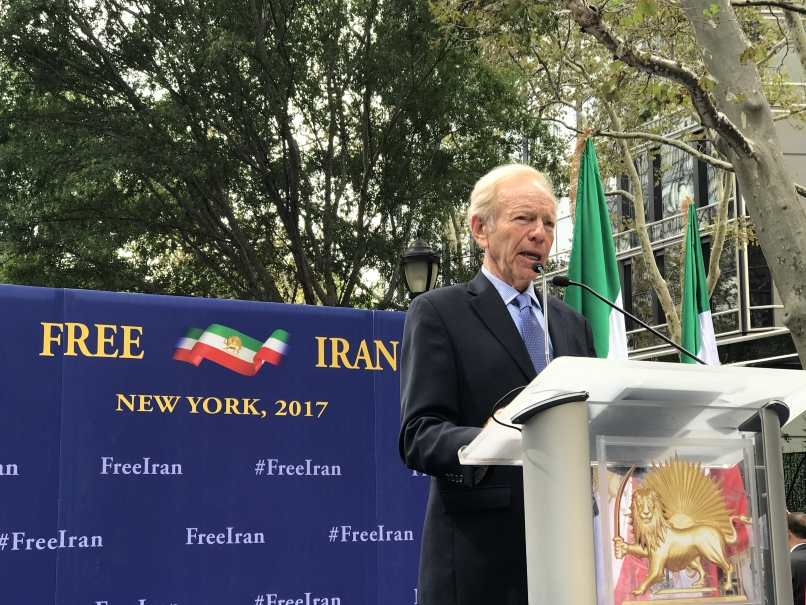 Former senator Joe Lieberman, “when it comes to the cause of freedom in Iran the sun is shining brighter than ever before.” He said “Last year, there have been 11,000 protests throughout the country against the regime, against its corruption, against the exploitation of the economy by the IRGC, and against the denial of basic human and political rights.” Referring to the 1988 massacre of political prisoners in Iran, he added, “It’s time for a truth commission about what happened to those 30,000 human beings killed by the Iranian government…”  He finished, “by far the most organized and effective” opposition movement “is of course the People’s Mujahedeen Organization of Iran [MEK].” 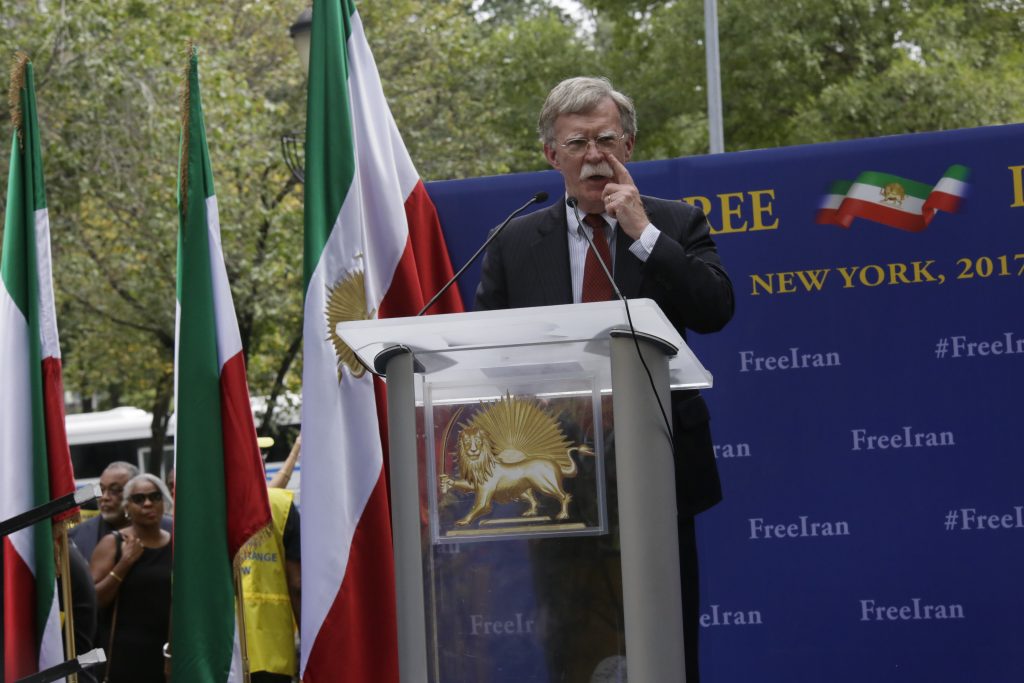 John Bolton, former U.S. Ambassador to the United Nations emphasized, “The motto should be that the regime will not celebrate its 40th anniversary in 2019… it’s very important that the United States declare as its official policy that the regime in Iran needs to change.”

“President Trump laid the ground work for that announcement in his speech to the General Assembly yesterday when he stressed that the prime victims of the regime in Tehran were the people of Iran themselves,” he added. 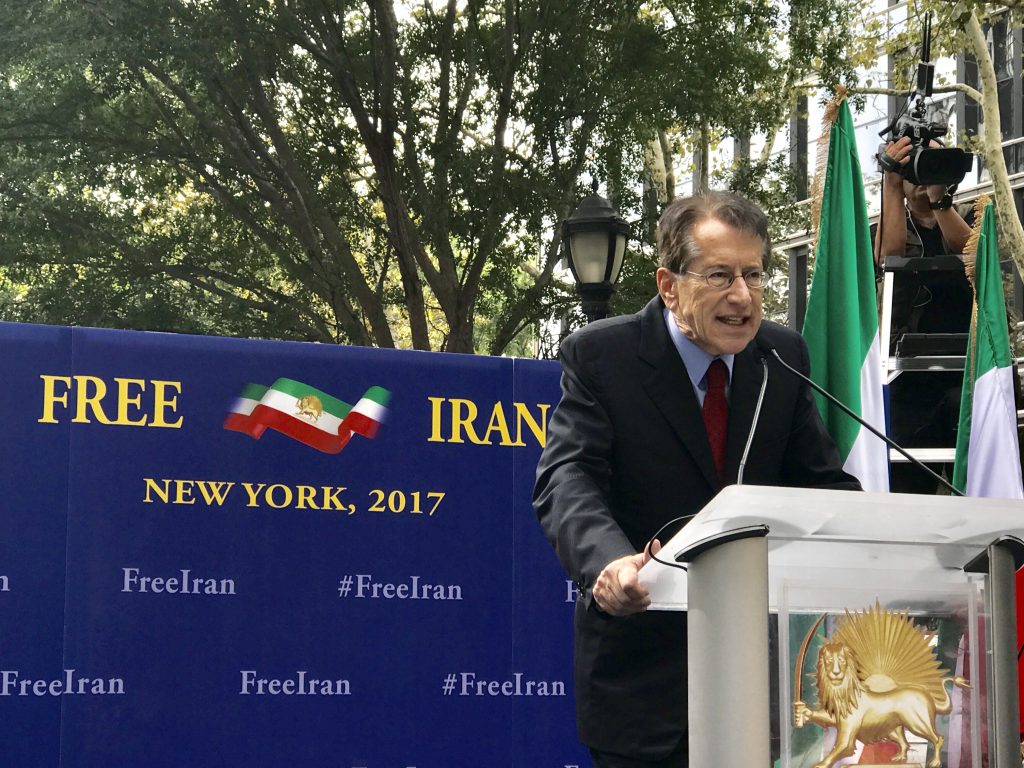 Former Italian Foreign Minister Giulio Terzi said, “There are hundreds of members of Parliament in different countries—in European Parliament, in British Parliament, in Italian—who have signed documents and appeal to their governments to change course now vis-à-vis Iran, to expose Iran to the big violations of human rights, to the infringement of international agreements that they have perpetrated over the past years. 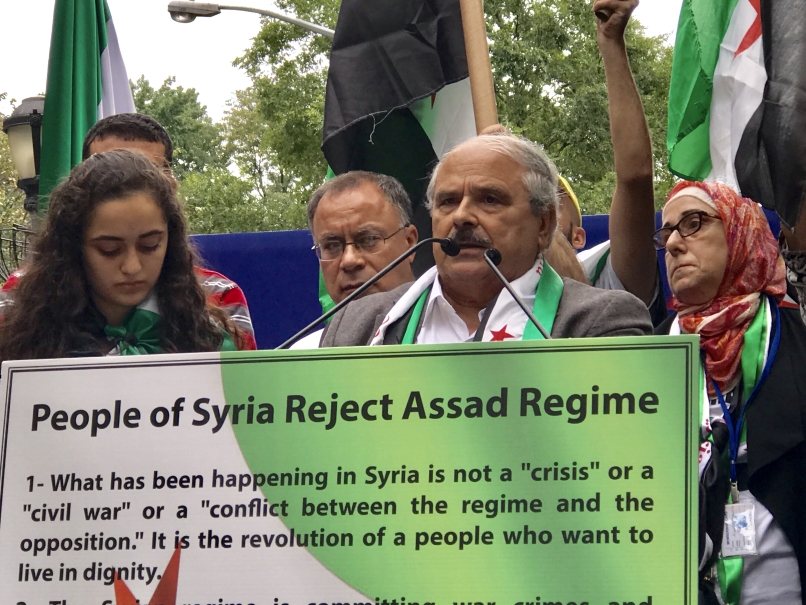 Several members of the delegation of the Syrian opposition spoke and underscored that “Rouhani is a murderer and he brings all the terrorists from the world to Syria to kill the Syrians and occupy their land. This person helps the Assad regime in death and destructions.” 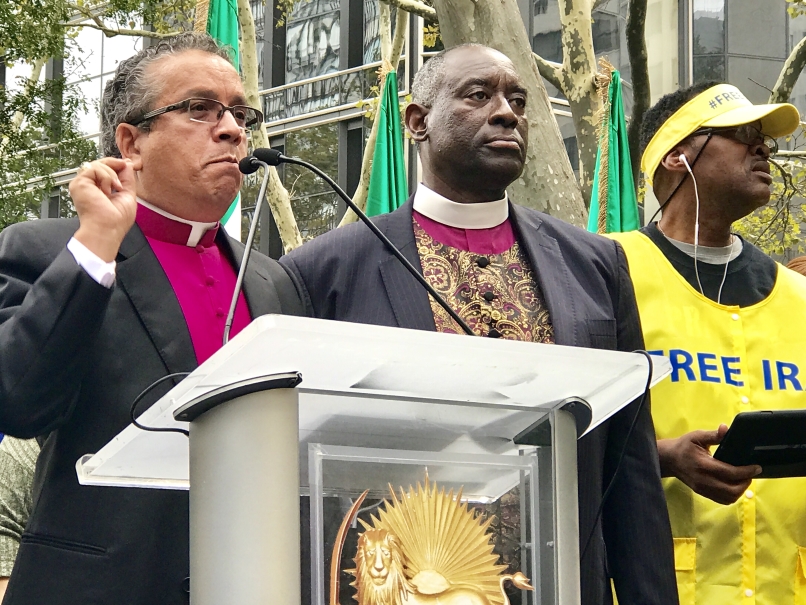 Many faith Leaders collectively stood tall in front of the podium and briefly condemn gross human rights violations in Iran as well of gross discrimination, imprisonment and torture of Christians, Muslim- Sonnies and Jews. They emphasized the policy of terror at home and terrorism abroad must “come to end, and it must end now.” 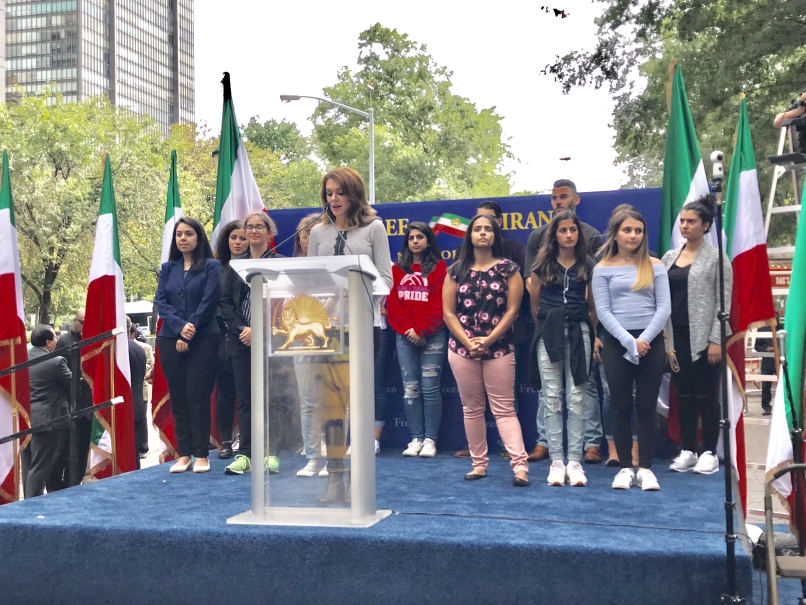 Mahtab Amin, representing the Iranian youth, members of Organization of Iranian American Communities (OIAC), told the large rally, many of us were born after the 1979 revolution and due to the political persecution imposed on our families and friends, have not yet had the chance to see the cities and town where our parents grew up…  We are hopeful that soon, we will celebrate the renewal of human rights, freedom, and democracy together in Iran.

Mrs. Maryam Rajavi, the president-elect of the National Council of Resistance of Iran, welcomed the remarks by the U.S. President for effectively echoing the desire of the Iranian people for regime change, which the Iranian opposition has been working toward about four decades. She urged for a series of practical steps, including the establishment of an inquiry commission into the 1988 massacre of political prisoners in Iran as well as unhindered and intrusive inspection of military and non-military sites in Iran.