June 27, 2014: More than 300 Iranian associations from 5 continents, and dignitaries from 65 countries took part 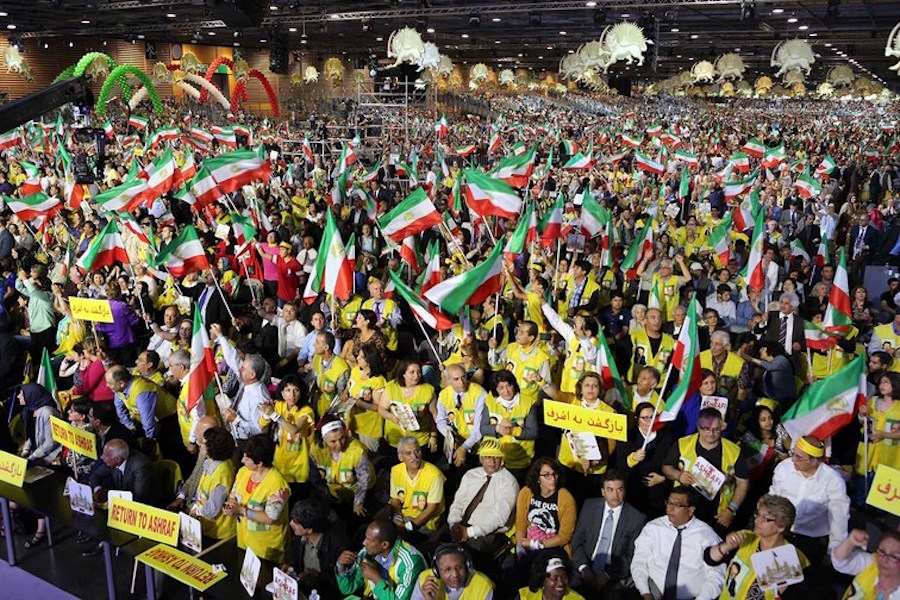 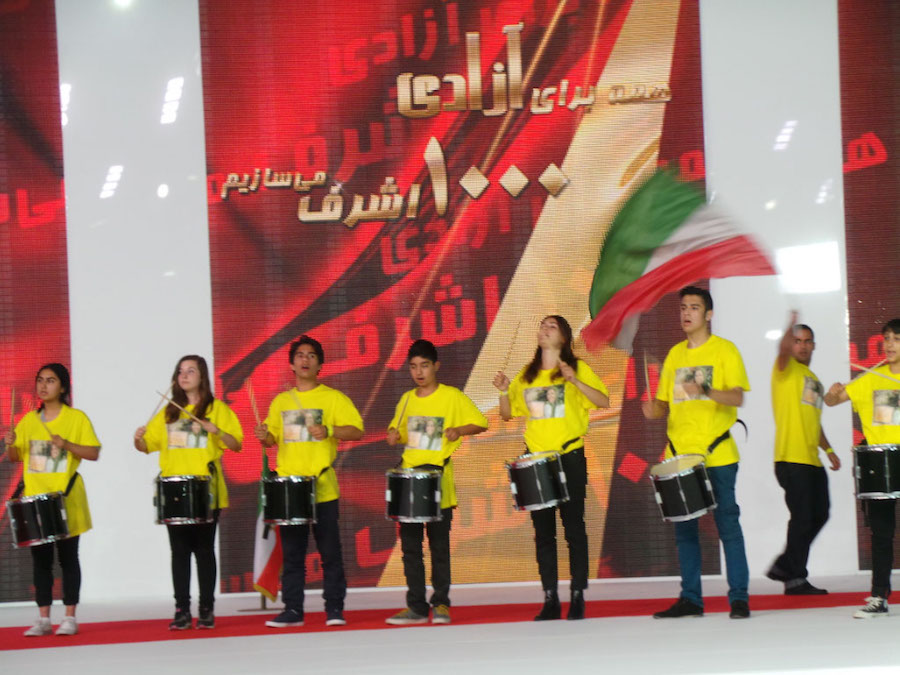 June 27, 2014: More than 300 Iranian associations from 5 continents, and dignitaries from 65 countries took part in the gathering of Iranian expatriates just outside Paris, France.  Three sitting members of congress spoke live at the event, while U.S. Senate and House leaders sent video messages of solidarity (see below). Their message is shared by all Iranians: “No to the dictatorship of the mullahs in Iran and to the charm offensive of moderation by the mullah Rouhani and yes to democratic change in Iran.”

With weeks to go until the June deadline for nuclear negotiations between Iran and the P5+1 (or EU3+3), the prospects for a final agreement seem as doubtful as ever. The Iranian negotiators, who have long since developed a reputation for stalling the process and periodically revising their demands and statements, are already pushing the idea that the talks could extend beyond June 30.

With each new ploy for delays in the negotiating process it becomes increasingly clear that Iran’s strategy largely consists of playing for time. Many of those who are aware of Iran’s patterns of past deception have been warning of this possibility virtually since the signing of the Joint Plan of Action in 2013. That being the case, it is remarkable that those warnings have continued to be ignored even after two missed deadlines for a final agreement and a missed deadline in March for a framework agreement.

We do not have an unlimited amount of time in which to deal with this issue. The Obama administration has been roundly criticised for the softness of its dealings with Tehran but even the US President acknowledges that the goal of negotiations is to keep Iran’s breakout time for a nuclear weapon under the one year mark. That seems to suggest that the regime is currently in a position to break out in mere months.

By delaying the negotiations and limiting international scrutiny of ongoing work, the regime can carry on with clandestine work at sites not currently subject to inspection and steadily develop it’s weapon plan.

Among those sites that are not currently subject to inspection are all of Iran’s military facilities. And according to Supreme Leader, Ali Khamenei, who has final authority over Iran’s agreements, access to all such sites will remain off the table for the duration of the talks and any final deal.

At the same time, the Iranian opposition, in the form of the National Council of Resistance of Iran (NCRI), maintains that barring access to Iran’s military sites is effectively the same as denying access to the country’s entire nuclear programme. Relying on intelligence from its main constituent group the People’s Mojahedin Organization of Iran (PMOI), the NCRI has revealed during these negotiations the extensive overlap between the regime’s civilian nuclear programme and its military research and development work.

In February, the NCRI also revealed the existence of an undisclosed nuclear enrichment and research facility, Lavizan-3, in a Tehran suburb.

It is plausible to assume that this intelligence and reporting has contributed to the international community’s understanding of the need for intrusive and verifiable inspections, especially of Iran’s military sites. Certainly, some key players in the nuclear community are refusing to back down on the issue even in the midst of Khamenei’s late-stage declaration of intransigence.

The director general of the International Atomic Energy Agency (IAEA) Yukiya Amano recently told AFP that if Iran accepts the Additional Protocol to the Nuclear Non-proliferation Treaty, as it says it will, then the IAEA has the right to request access to any suspect sites including military facilities.

At roughly the same time, French Foreign Minister Laurent Fabius declared that France, as a member of the P5+1 group, would not sign any deal that did not allow for such inspections. France’s relatively firm position in the negotiations admirably defy the ineffectual leadership that the American negotiators have brought to the process.

It is a good first step but much more is needed. The UK as one of the three major European parties to the P5+1 also has a significant role to play and should take a firm stance on inspections of nuclear and military sites. Despite the Obama administration’s zeal for an agreement, seemingly whatever the cost, those who are appropriately skeptical of Tehran’s intentions can still exert a great deal of political and economic pressure on the theocracy in Tehran.

A further step in this direction will be taken on June 13 when the NCRI holds a major rally in Paris in opposition to the regime, its human rights abuses, its regional meddling, and its nuclear weapons ambitions. The 2014 event was reportedly attended by almost 100,000 persons, chiefly Iranian expatriates but also including a wide variety of international supporters including parliamentary delegations, civilian activists and political dignitaries from across Europe, the Americas, and beyond.

The vigorous French opposition to Iran’s manipulation of the nuclear deal makes the French capital a powerful symbol of international will for a better and stronger deal. The geographic and political diversity of speakers at the event further adds to this. It includes Americans Howard Dean, Tom Ridge, and General Hugh Shelton; French politicians Bernard Kouchner and Rama Yade; and former European Commission Vice President Gunter Verhuegen.

As the list of participants and attention to the event grows, it will present an ever greater opportunity to send a message to Tehran. That message is that, notwithstanding the Obama administration’s conciliatory attitude and attempts by Iranian negotiators to raise their demands, stretch out the process and game the system, the world community and the people of Iran will not stand for it any longer. Those who rally in Paris on June 13 will speak for all those who understand the severity of the Iranian nuclear threat and who recognise that a comprehensive solution cannot wait past the end of June.