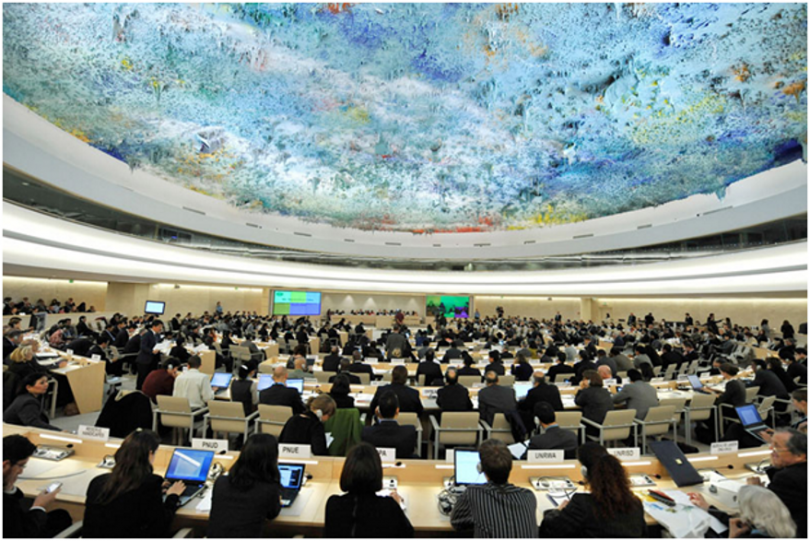 The resolution, which was introduced by Canada, was adopted by the committee with 85 positive votes against 30 negative votes. 68 countries abstained from voting on the resolution. The draft will be put to the general vote in the UNGA in December.

The UN resolution raises alarm about the “alarmingly high frequency” of the use of the death penalty including against minors, “the widespread and systematic use of arbitrary detention,” poor prison conditions “deliberately denying prisoners access to adequate medical treatment,” and “cases of suspicious deaths in custody.”

The UNGA resolution also stresses that the Iranian regime does not adhere to international judiciary and human rights norms.

A similar resolution put to vote last year brought in 81 positive votes against 30 negative votes. Therefore, this year, four more states joined the ranks of countries that are explicit about their discontent about the human rights situation in Iran.

Another significant change in this year’s lineup was that the Iranian regime lost some of its traditional allies in the United Nations. Brazil and Mexico, states that usually voted negative on UN resolutions against Iran’s human rights violations, abstained in their vote year, distancing themselves from the increasingly isolated regime of Tehran.

In September, Javaid Rahman, the UN Special Rapporteur on the Human Rights situation in Iran, presented his report on Iran’s human rights situation to the UN, in which he expressed concern about continued abuses by the Iranian regime. The draft resolution adopted on Thursday is mostly in reference to Rahman’s report, a fact that has caused worries for the mullahs ruling Iran.

Earlier, in his yearly report, UN Secretary-General Antonio Gutierrez expressed concern over the deteriorating human rights situation in Iran. The mullahs were deeply irked by Guttierrez’s remarks and engaged in a series of propaganda against the UN authority.

In reaction to Thursday’s resolution, Bahram Ghassemi, the spokesperson for the Iranian regime’s foreign ministry, called it unacceptable and stressed that the Islamic Republic is based on “republicanism” and is against “any kind of discrimination or politicization of human rights.” He categorically refrained from addressing any of the issues raised in the resolution.

NCRI president Mrs. Maryam Rajavi welcomed the UNGA’s draft resolution in condemnation of the Iranian regime’s human rights violations and said, “Condemning the systematic and gross violations of human rights by the theocratic regime ruling Iran, the UN resolution once again confirmed that the regime blatantly tramples upon the Iranian people’s most fundamental rights in all political, social and economic spheres.”

Some of the areas that also need to be addressed, including “systematically assassinating opponents abroad, and depriving the people of Iran of their rights to decide their country’s fate, to enjoy the rule of law, to have access to fair trials, to have free access to information, and to form independent syndicates and unions for workers, students and government employees.”