On the campaign trail, President-elect Trump went to great lengths to stoke doubt and resentment about the Iran nuclear deal. The Republican Party rejected that agreement almost unanimously. Skepticism has remained strong among Democrats too, especially as Iran’s anti-American rhetoric has intensified and reports have accumulated to indicate that the Islamic Republic refuses to comply with its obligations under the Joint Comprehensive Plan of Action (JCPOA).

When looking back on the impact of the agreement, it is important to take a broader view of the initial expectations surrounding it. When nuclear negotiations concluded in July 2015, President Obama expressed confidence that the agreement would initiate an era of general cooperation between Iran and the West, and that the resulting diplomatic and cultural contact would promote a moderating trend within the Iranian regime.

Nearly a year and a half after these assurances, no such trend is apparent in Iran’s foreign or domestic policy. In fact, the sanctions relief afforded the Islamic Republic as a result of the agreement has only provided it with more resources to expand its destructive regional influence. Tehran helped to bring the Assad regime back from the brink of overthrow early in the Syrian Civil War. The same is true in Iraq, where the Iranian theocracy’s influence has deepened sectarian divisions throughout the country.

In reality, Iran’s leaders responded to the implementation of the JCPOA by intensifying their anti-Western rhetoric and their provocative gestures towards US forces and interests. The Iranian Revolutionary Guard Corps has threatened to shoot down American aircraft; it has sent patrol boats speeding toward American warships in the Persian Gulf; and it has conducted several test-launches of ballistic missiles, in defiance of international resolutions against Iran’s work on weapons that are capable of carrying nuclear warheads.

Indirect provocations have also intensified through Iran’s ongoing support for international terrorism. In October, the Iran-backed Houthi rebels in Yemen fired missiles at the US Navy and launched their deepest strikes yet into the territory of a close US ally, Saudi Arabia. In the wake of the nuclear negotiations, Arab allies have also become increasingly anxious about the apparent withdrawal of American leadership from the region. And naturally, so has Israel – which is now threatened by a permanent Hezbollah presence in Syria, courtesy of Tehran.

In this context, Mr. Trump’s promises to renegotiate the Iran nuclear agreement are welcome, but are not sufficient on their own. It is important that the incoming president formulate an Iran policy that not only constrains the Islamic Republic’s nuclear policy but also strongly discourages its regional influence, militarism, and illicit behaviors more broadly.

These behaviors are not limited to foreign policy and neither should the US government’s response. President Obama opened himself to considerable criticism from human rights advocates when his administration became overly preoccupied with the nuclear deal and neglected the issue of Iran’s campaign of civil and political repression and human rights abuses at home.

Not surprisingly, Obama’s predictions of the JCPOA resulting in Iranian moderation have yet to materialize. Every presidential administration since the 1979 revolution has reached out to Iranian leadership and the results have been the same. Olive branches were received as signs of weakness and appeasement was met with belligerence.

The incoming US president has a unique opportunity to reset Iran policy. He should start from the fundamental principle that the Iranian regime is irredeemable and in need of wholesale replacement. Growing signs of unrest on the Iranian street indicate cracks in the clerics’ grip on society. This, coupled with reports of growing desperation by young Iranians, provides the incoming administration an opportunity to pursue regime change from within by reaching out to the Iranian people and their organized resistance.

The new White House must understand that the Iranian political field is not synonymous with the mullahs. There are other partners. The main Iranian opposition, the People’s Mojahedin Organization of Iran (PMOI or MEK) is a patriotic force that believes deeply in a democratic, tolerant, and anti-fundamentalist Islam. It enjoys extensive support within Iranian society and has struggled for more than fifty years to establish democracy, human rights and gender equality in Iran. MEK is the pivotal force of the National Council of Resistance of Iran – a coalition of Iran’s democratic forces, including national and religious minorities seeking a democratic, pluralistic and secular government in their homeland – led by Mrs. Maryam Rajavi.

MEK has been the main victims of the clerical regime’s savage suppression because they represent the best hope of a break with the status quo. Some 120,000 MEK activists have been executed to date. An intricate network of support made it possible for the MEK to disclose the regime’s secret nuclear plans as well as reveal other sensitive operational details related to terrorist plots and networks within the regime.

In a rare bipartisan move, a 2015 policy initiative designed to correct misguided Iran policy led some forty senior former US officials who served in four administrations to embrace Mrs. Rajavi’s 10-point plan, which calls for political legitimacy through universal suffrage, rights for all citizens (particularly women and minorities), the establishment of the rule of law, separation between church and state, protection of property rights, equal opportunity and environmental protections, and a non-nuclear Iran, free of weapons of mass destruction.

The Trump administration would be correct to reverse its predecessor’s positions on the nuclear agreement, but it must be careful to not repeat the mistake of focusing too narrowly on that issue. In setting a new policy toward Iran, the Trump administration should focus attention on Iran’s human rights record and on the legitimate struggle of the Iranian people for a truly democratic system of governance. 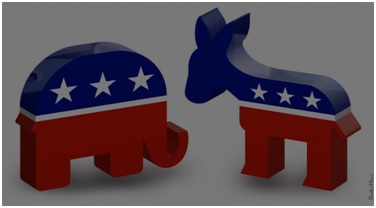 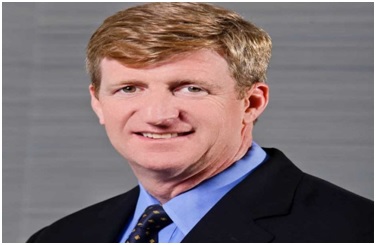 Dual Nationals Treatment Under Ahmadinejad and Rouhani | OIAC US