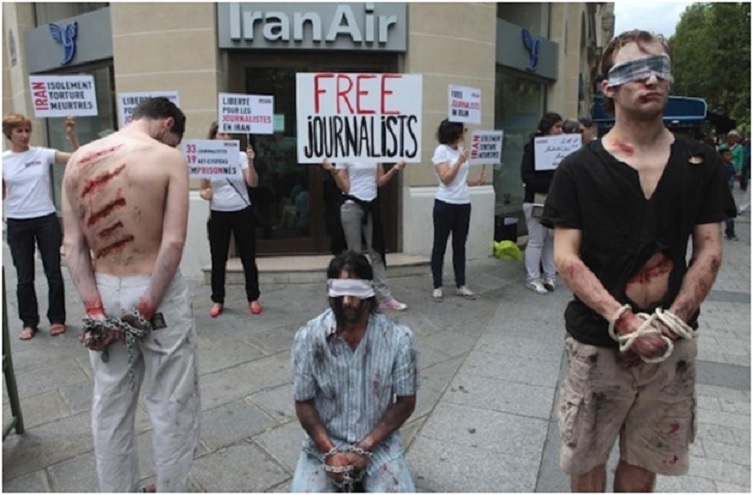 Reporters Without Borders (RSF) has written to UN High Commissioner for Human Rights Michelle Bachelet about Iran’s treatment of journalists, highlighting their frequent arrests and then denial of fair trial and proper medical attention.

Iran has been repeatedly criticized by RSF and other rights defenders as one of the worst offenders in the world when it comes to honoring individual rights, especially in protecting journalist from arrests and inhumane treatment in detention.

In its letter RSF says Iran is one of the world’s five worst violators of journalist’s rights.

“We would like to draw your attention to the appalling conditions in which prisoners of conscience, including many journalists, are held in Iran. This alarming situation needs to be addressed in a swift and decisive manner by the Office of the High Commissioner for Human Rights” RSF has told UN’s Bachelet and added, “We urge you, in the international community’s name, to press the Iranian authorities to give the United Nations their unconditional cooperation and to respect their international obligations.”

In its letter, RSF says that this year alone 40 journalists have been arrested in Iran and 13 are still in prison. Even those who have been released were forced to pay “exorbitant” bails to get out of jail. RSF has highlighted that consecutive reports by UN Special Rapporteurs have detailed Iran’s behavior in this respect and made clear demands from Tehran to correct its actions.

RSF has pointed out that denying proper medical care to prisoners “may constitute a flagrant violation of the International Covenant on Civil and Political Rights, to which Iran is party, as it is of the Universal Declaration of Human Rights. This form of mistreatment has been the cause of many detainee deaths in Iran.”

RSF’s letter has also detailed some cases of individual mistreatment to the UN commissioner, concluding, “More and more Iranian prisoners, including journalists, are putting their lives at risk by going on hunger strike in protest against the conditions and mistreatment to which they are being subjected, or to press their demands for decent medical treatment.”