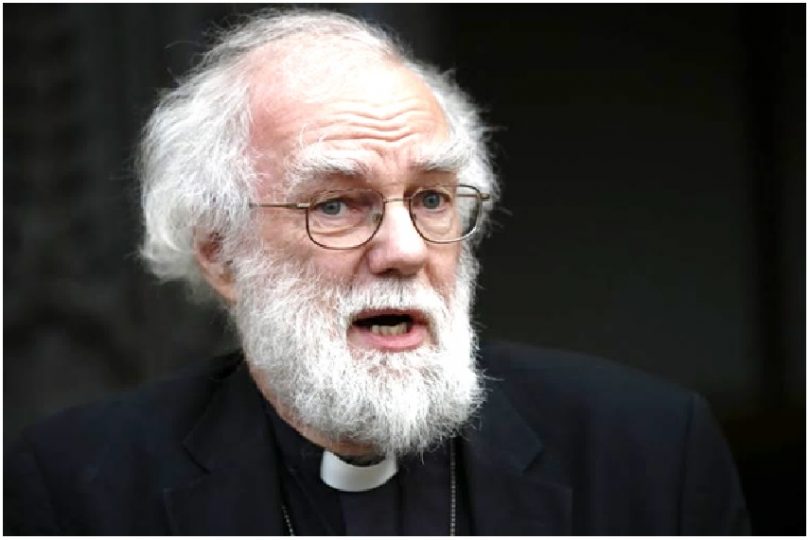 Attacking the ‘deplorable situation of human rights in Iran, particularly the painful situation of religious minorities’, the statement represents the largest en-masse political intervention from Anglican bishops since the refugee crisis three years ago.

Led Dr. Williams, now master of Magdalene College, Cambridge, the letter is also signed by the heads of the Scottish and Welsh Anglican churches as well as the bishop of Durham, one of the most senior figures in the Church of England.

‘The regime has been condemned no less than 64 times by various United Nations bodies and criticized by international human rights organizations for its appalling human rights record,’ the statement reads. ‘While the majority of the victims of the regime’s abuses are Shiite Muslims, members of religious minorities, including Christians, Jews, members of the Sunni branch of Islam, and people of other faiths, have been targeted over their personal religious beliefs.’

The intervention comes at a delicate time for international diplomacy towards Iran after Donald Trump reneged on the US’ commitment to the Iran Nuclear Deal. The decision was widely condemned by other signatories, including the French, British and German governments.

But Trump pressed ahead and imposed economic sanctions that had been waived under the deal designed to prevent Iran building a nuclear bomb.

The so-called Joint Comprehensive Plan of Action (JCPOA) was signed under President Obama’s administration and curbed Iran’s nuclear activities in return for the lifting of sanctions that had been imposed by the UN, US and EU.

The bishops’ statement, which has also been signed by 78 church leaders from the US, demands that governments act. They backs the annual ‘Free Iran’ event in Paris next Saturday led by opponents of the regime.

‘The time has come for us to listen to the Iranian people’s demand for freedom, including religious freedom.’