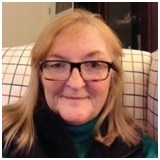 Today we remember the 1998 Massacre of 30,000 political prisoners in Iran. I join members of Iranian American Communities to remember today those who are oppressed in Iran.  We ask the UN to hold Iran’s leadership accountable for their crimes against humanity. We look to a Free Iran.

(Walter Wink). “Governments are creatures whose sole purpose is to serve the general welfare of the people. And when they refuse to do so, they become diseased.”

“When a particular power pursues a vocation other than the one for which God created it and it makes its own interests its highest goal; that power becomes the embodiment of evil.”

“Evil is not just personal but is structural and spiritual. It is not simply the result of human actions but the consequence of huge systems over which no individual has full control.”

We are here today to unmask Mr. Rouhani and his government; to show the world that in his domination of the people of Iran he thinks he must be invincible and invisible. But he is just a human. He can be toppled, he can be defeated.

Today we again call for regime change. UN, how can you be blind to what is actually happening?

Rouhani’s governance is characterized by his oppressive politics, his oppressive economics, his patriarchal gender relations, and his use of violence and murder to maintain it all.

The old domination system in Iraq must die in order for all to live authentically – a resurrection for the Iranian people. (Said Abedini)

Here today we refuse to be awed by Rouhani’s power and culture of fear. Here, in Iran, and around the world are people ready to seize the initiative for a new Iran.

And… The people who are oppressed will be set free.

As we are here today, let us not oppose the evil in Iran by letting that evil make us over into its likeness.

In the Biblical book of Proverbs, it says “Kings take pleasure in honest people; they value the ones who speak the truth.  If the people speak and the king does not hear, there is something wrong with the king.

If the king acts precipitously, and the people say nothing, then something is wrong with the people.”

The people in Iran are afraid to speak for fear of death.

We are speaking. People of the UN and Mr Rouhani, you are not listening!

United Nations. Listen to our voices, our hearts, and our concern for the humanity of Iran. There is nothing wrong with us here today.

We speak in this democracy and demonstrate against the atrocities committed by Mr Rouhani.

Impunity for Iran leaders should end