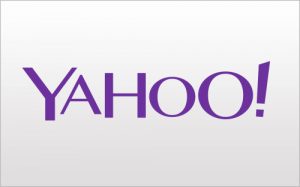 WASHINGTON, March 29-Organization of Iranian American Communities-US (OIAC) welcomes the introduction of bipartisan legislation to hold the Iranian regime accountable. The legislation expands sanctions for ballistic missile development, support for terrorism, and transfers of conventional weapons to or from Iran, and human rights violations.

OIAC political director Dr. Majid Sadeghpour laduded the legislation, noting that the IRGC’s continued engagement in terrorism has had a direct impact on undermining international efforts to promote peace, economic stability in the Persian Gulf. “The Iranian Regime has long been suspected of being behind the ‘Chain Killings’ in Iran and abroad from 1988 to 1998, where over 80 Iranian intellectuals and dissidents were murdered,” Sadeghpour added.

According to detailed information released in February 2017 by the Iranian opposition, the National Council of Resistance of Iran, the IRGC has at least 14 training centers in Tehran and other Iranian cities, where foreign nationals receive terrorist training before being dispatched back to Syria, Lebanon, Iraq, Afghanistan, and Yemen and elsewhere.

In announcing the Senate bi-partisan initiative, Senator Corker said, “This legislation demonstrates the strong bipartisan support in Congress for a comprehensive approach to holding Iran accountable by targeting all aspects of the regime’s destabilizing actions. These steps will allow us to regain the initiative on Iran and pushback forcefully against this threat to our security and that of our allies.”

Senator Robert Menendez noted: “The spirit of bipartisanship of this important legislation underscores our strong belief that the United States must speak with one voice on the issue of holding Iran accountable for its continued nefarious actions across the world as the leading state sponsor of terrorism,”

Senator Ben Cardin said: “This bill sets out elements of a strong policy for countering Iran’s destabilizing activities.” Senator Cotton echoed the same sentiment: “We will not tolerate Iran’s pursuit of supremacy in the Middle East or its sponsorship of terrorism, and we will make the regime in Tehran pay a steep price for its dangerous behavior.”