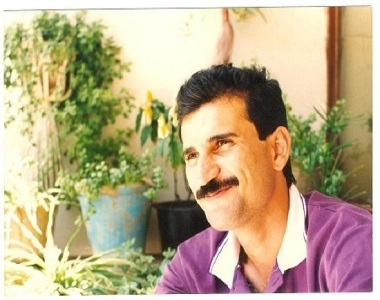 WASHINGTON, June 1, 2014 /PRNewswire-USNewswire/ — The Iranian regime has continued its reign of terror against dissidents, with the execution of political prisonerGholamreza Khosravi which took place on Sunday June 1st. Khosravi was an outspoken supporter of Iran’s main opposition, the Peoples Mojahedin Organization of Iran(PMOI/MEK), and was charged with “waging war against God” (moharebeh) by the Iranian regime.   Khosravi, who was also a political prisoner in the 1980’s in Iran,  reportedly donated money to the PMOI’s television network, and refused to repent for his alleged crimes. Khosravi was arrested in the Kerman Province (in Southern Iran) in 2008 by the Ministry of Intelligence and  was sentenced to six years’ of imprisonment.  Khosravi was subject to torture and extreme duress in prison and reportedly spent over 40 months in solitary confinement.

Khosravi was also one of the main actors in an April 17th protest among inmates in Section 350 of Evin prison. The protest which was brutally suppressed by authorities, and Khosravi was reportedly told that he would be executed soon. As is typically the case in Iran’s judicial system, Khosravi was denied due process in a trial which Amnesty International called “a breach of Iran’s domestic law as well International law.”

This horrific act of injustice is just the latest example of the lengths the Iranian regime will go to in order to terrorize those who oppose it. Iran continues to lead the world in execution rate, and has actually increased the number of executions since the election of so called “moderate” Rouhani. The execution of dissidents simply for associating with an opposing idea shows that this regime is bankrupt both morally and politically.

The Organization of Iranian American Communities condemns the execution of political prisoner Gholamreza Khosravi, and urges the United States government to condemn this horrific crime and make human rights the primary policy item in relation to Iran.