The Organization of Iranian American Communities condemns the recent wave of acid attacks directed towards women in Iran,  the latest example of the ongoing war against women in the country. According to recent reports, as many as 25 women have been the victims of heinous attacks involving acid thrown onto their faces by men on motorcycles.

These attacks are motivated by a culture of misogyny and repression towards women that is a direct result of the ruling regimes and its policy of gender apartheid. The Iranian regime is complicit in these crimes as the state continues to maintain policies which encourage or acquiesce towards gender based violence. 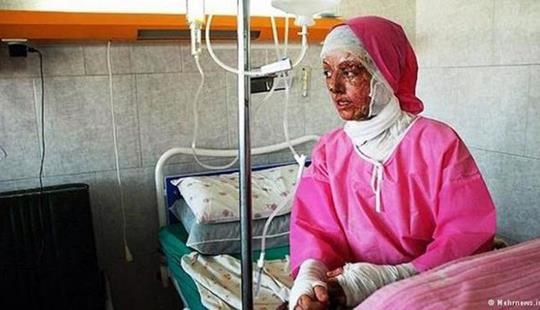 The attacks come in the wake of a recent law passed by the regimes parliament which is meant to protect citizens who feel “compelled to correct” those who do not adhere to their view of Islamic morality. This form of state sanctioned persecution is reminiscent of the fascist dictatorships and is a clear indication of the regimes strategy of violence and terror.

Thousands of protesters took the street in Isfahan on Wednesday the 22nd of October to protest the recent attacks against defenseless women. The Iranian judiciary has claimed that a number of individuals have been arrested as a result of these attacks, yet it is clear that gender based violence is sanctioned on an institutional level. These attacks are part of a broader policy to intimidate and terrorize women who dare to defy the regime and all that it represents.

The Organization of Iranian American Communities calls on the international community, and human rights organizations to condemn in the strongest terms the continual attacks of terror against women in Iran, and demands that the regime be held accountable for its policies which enable such crimes to be carried out with impunity. OIAC also calls on the United States to condemn these barbaric actions and hold Iran accountable for its systematic persecution of women.

Execution of Reyhaneh Jabbari in Iran

Khamenei’s Banning of COVID-19 Vaccines from US and...