Nowruz and the Significance in Iranian Culture

The Iranian New Year’s Day is called Nowruz. It is also known as the Persian New Year. It is celebrated worldwide by multiple ethnicities. For the average Persian-American, large get togethers are common, as are more personal commemorations, nationwide, with several major observances happening in major cities.

Nowruz marks the Vernal Equinox. It is the beginning of spring in the Northern Hemisphere and the first day of the first month of the Iranian calendar. Generally, it occurs on March 21, the previous or following day, depending on where it observed.

During the holiday, Iranian, Persian, and Persian-American families gather together to observe Nowruz rituals. The word Nowruz means Now (or “new” in English) and Ruz (which in English is “day.”) There are several different spellings, but generally, Persian-American culture uses the spelling of “Nowruz.”

In many locations, Charshanbe Suri is also celebrated as a predecessor to Nowruz on the last Wednesday before the holiday. Generally, Charshanbe Suri is celebrated with bonfires, jumping over bonfires, fireworks and firecrackers, although in Persian-American cultures, celebrations are usually more low key. Spoon banging is another custom often performed and resembles the Halloween custom of trick-or-treating. Additionally, in some cultures, a large feast is prepared and enjoyed. In Iran, the Nowruz holiday lasts 13 days and on the 13th day, Iranians leave their homes to enjoy nature and picnics.

As part of the celebration of “new,” many engage in house cleaning right before the arrival of the holiday. Houses are also decorated with “fresh” symbols and adherents buying new clothes and flowers. Hyacinths and tulips are popular choices.

People are expected to make short visits to family, friends and neighbors. This is true in Persian-American’s culture as well as throughout the world. Young people pay special attention to their elders, first and then the elders return the visit later. During visitations, pastries, cookies, nuts, fresh and dried fruits are often shared. More and more, large parties are thrown as a way of addressing large distances between Nowruz celebrants. 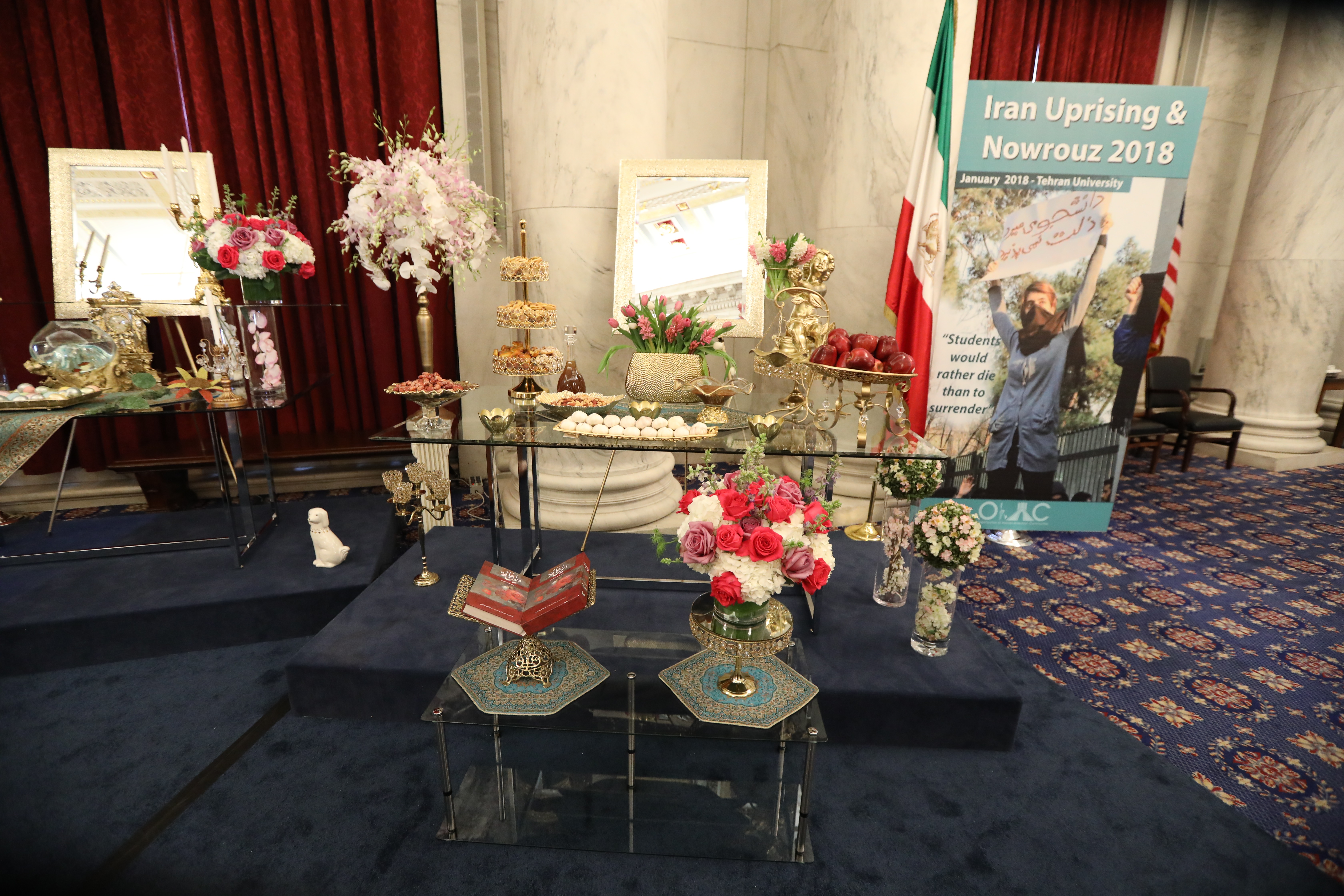 The origin of Nowruz is not exactly known. It is estimated to be about 3,000 years old and it is rooted in Zoroastrianism, which is an ancient Persian religion. There are many different stories, fables and myths that tell the story of Nowruz or serve as its foundation. One such story is that Nowruz celebrates the migration of Persians from a hunter-gatherer lifestyle to that of animal husbandry. Many have come to believe that Nowruz was also celebrated in conjunction with the fall equinox.

After the 1979 Revolution, the new government tried to limit Nowruz celebrations, citing the lack of Islamic roots as the cause for removal. The leaders in that instance, experienced extensive pushback and eventually relented.

For most, Nowruz is a celebration of the new while ushering out the old. It marks a new beginning with bright and gleaming prospects. For many Persian-Americans, as well as Iranians, Nowruz is also a day to renew hope in regards to Iran, its government and role in the world. It is truly a moment to offer hope that that the nation of origin for so many Persians is restored to its former prominence.