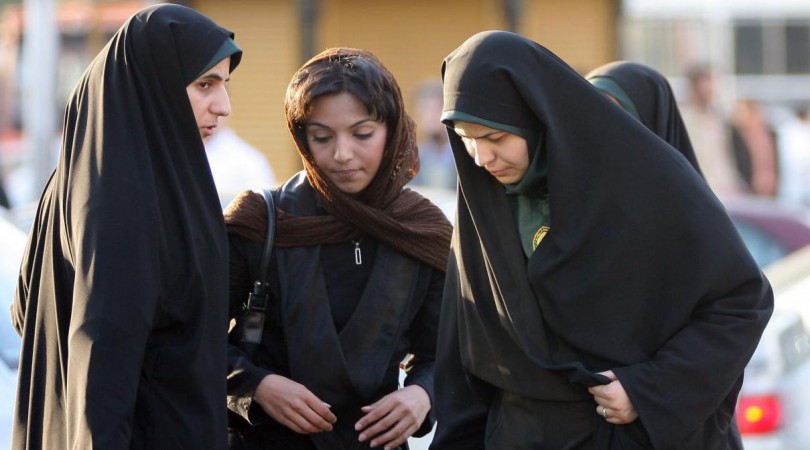 August 27, 2016- Last week, reports emerged that Iran was in the midst of a new crackdown on social media users, with hundreds of group administrators having been summoned, detained, or otherwise intimidated by authorities over supposedly “immoral” content. Radio Free Europe / Radio Liberty reported that at least 450 people had been caught up in the latest action, an apparent follow-up to the sting known as Operation Spider II, which regime authorities publicly acknowledged in May.

The earlier crackdown disrupted social media groups and launched criminal cases against dozens of people accused of supporting Western infiltration and undermining Iran’s Islamic identity through their contributions to a Western-style modelling industry in Iranian cyberspace. It was not immediately clear on Wednesday how many people were expected to face charges over the latest crackdown, or whether the number of affected individuals could be expected to grow in coming days and weeks. But the Iranian Revolutionary Guard Corps boasted that 450 people had been questioned or warned about their activities just over the past few weeks.

Operation Spider II and this latest crackdown now stand as book-ends to a series of other government activities aimed at tightening the regime’s control over the flow of information inside Iran. In July, the Basij civilian militia held a ceremony in which some 100,000 satellite dishes and receivers were destroyed. And law enforcement bodies have reportedly continued to actively confiscate dishes since then.

Over the course of the summer, the regime has also added to its volumes of political prisoners, including persons who hold dual nationality in Iran and in Western countries. The US State Department recently issued new travel warnings for American citizens and especially Iranian-Americans in response to the ongoing threat of arbitrary arrest. But many analysts and politicians continue to criticize the Obama administration for a permissive attitude toward Iran, including a tendency to remain silent on human rights issues that do not involve Western nationals.

The Kurdish news website Rudaw contributed to this criticism on Wednesday and extended it to Western countries as a whole. Echoing the sentiment of a variety of human rights organizations and activists, Rudaw argued that the West’s single-minded focus on preservation of last year’s nuclear agreement has prevented international attention from being focused on politically motivated arrests and Iran’s world-leading per capita rate of executions.

The article quotes Alex Vatanka of Washington’s Middle East Institute as saying that “the human rights record of Iran is not on the top of the list in either Europe or in America,” even as Iran appears to be using executions as a show of force in order to push back against domestic dissent. Naturally, the crackdowns on social media and traditional media serve the same purpose. Thus, the latest rounds of summons and arrests can be expected to stand alongside recent mass executions of Kurds and other minorities as fuel for ongoing criticism of the White House.

Meanwhile, in American political circles, that criticisms has in the past couple of weeks been particularly focused on the notion that the Obama administration has essentially encouraged some of Iran’s worst behavior, for instance by transferring money to the Islamic Republic at the same time that American hostages were released as part of a prisoner swap in January. Congressional Republicans and Obama’s other opponents have described this as a ransom, and their account of the exchange was recently reinvigorated by the revelation of a follow-up payment that took place two days after the initial 400 million dollar cash transfer.

The Associated Press reports that on July 19, the administration sent 1.3 billion dollars to Iran to account for the interest portion of a debt settlement agreed between the two parties. Although it was known that the White House planned to pay a total of 1.7 billion dollars, it had not yet been revealed that the full amount was already in Iran’s hands. The new admissions have raised questions about how the latter transfer was carried out, as well as reiterating previous questions about whether the administration broke US sanctions laws in carrying out the exchange.

Those questions began to gain traction when it was revealed that the 400 million dollars had taken the form of stacks of foreign currency flown into Iran at the same time that three American-Iranian prisoners were flying out. It is not yet clear whether the 1.3 billion follow-up was also carried out in cash or as a more traditional bank transfer. If the latter is the case, it will undermine the White House’s claim that an initial cash payment was necessary in light of ongoing enforcement of laws barring contact between the Iranian and American financial systems.

But some critics of the Obama administration, including Kansas Republican Representative Mike Pompeo, have insisted that a cash delivery would be no more legally permissible than a direct transfer. Thus it is clear that the administration will be open to more intense scrutiny regardless of its answer to the question of how the 1.3 billion dollars was delivered. But it is also clear that answers to that question will not be forthcoming. The Washington Free Beacon reported on Wednesday that the White House was stonewalling an official inquiry seeking details of the second transfer.

Meanwhile, a Wall Street Journal blog by post noted that Congress is still planning a hearing on the topic sometime in September. If this goes forward, it seems likely that there will be a great deal of discussion of the factual details of the incident even before Congress and the Obama administration discuss whether laws were broken or whether the money constituted a ransom for American prisoners. But the Wall Street Journal post claims that the issue of a paying for hostages may turn out to be “the least of US concerns” in the aftermath of the inquiry.

The author, Aaron David Miller, argues that the supposed debt-settlement will serve as another in a series of indicators of the US government’s weakness in its dealings with Tehran. In other words, Miller suggests that the White House’s dedication to the nuclear agreement is not only making it less inclined to confront Iran over human rights abuses; it is also makes the White House “fundamentally constrained” by ascending Iranian power in the Middle East in general.
This type of criticism is quite familiar, and it appears to continually deepen with the advent of new information. For instance, a new book by Wall Street Journal reported Jay Solomon suggests that the Obama administration has been weak in its handling of Iran since even before nuclear negotiations were formalized. Bloomberg, in its review of Solomon’s The Iran Wars, explains that President Obama reportedly ordered the CIA to sever contacts with the reformist Green Movement in the wake of the massive protests against the disputed reelection of Iranian President Mahmoud Ahmadinejad in 2009.

Solomon emphasizes that this move was apparently motivated by Obama’s preference for pursuing a nuclear agreement with the existing regime, as opposed to pursuing a policy that might have led in the direction of regime change. Bloomberg suggests that the current situation in Iran and the Middle East might be much different if the White House had taken a different tack. But even if this is not the case, it appears that the neglect of the Green Movement set the stage for the current situation of apparent neglect for political imprisonment and other persistent human rights violations.