On December 8, 2016 some of the most prominent political personalities gathered together in Washington D.C. for a Senate briefing focusing on Iran policy. The briefing was held at the historic Senate Kennedy Caucus Room and was hosted by Ambassador Mitchell Reiss, president and CEO of the Colonial Williamsburg Foundation.

In a time of drastic change in our country’s leadership with the recent election, this briefing served as a symbol of unity and strength in democracy for Iranian Americans and all Americans.

Tim Ghaemi, the Chairman of Iranian American Community of Colorado and a member of the Organization of Iranian American Communities, began the briefing by expressing his wishes that “After nearly four decades of futile search for moderates within the Iranian regime, the U.S. policy will be based on the realities on the ground, which means reaching out to the majority of the Iranian population and the organized opposition, who seek democratic change.” This idea was shared by many of the speakers and attendees, who hope that recent policy changes such as the Iran sanctions renewal recently passed by congress will lead to more accountability by the Iran regime. The bill extends the president’s authority to impose sanctions, something that is more controversial after the passing of the Iran Nuclear Deal by the Obama administration, and many see this renewal of the sanctions as a message to Iran that despite the nuclear deal, they are being closely watched by the United States for any signs of nuclear progress.

Guest speakers such as Mrs. Maryam Rajavi, the President-elect of the Iranian Resistance, Senator John McCain, Senator Menendez, Joe Lieberman, and others expressed their thoughts on the situation in Iran and their hopes for the future of the Iran-United States relationship. Mrs. Rajavi expressed her hopes for a free Iran and stated that “The Iranian regime’s IRGC forces must be evicted from Syria and Iraq.” 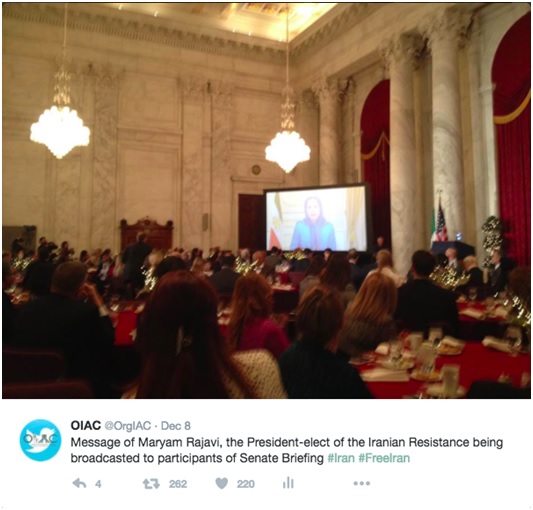 Rajavi was followed by John McCain, who spoke of the “strong” support for renewing Iran sanctions in congress and shared his hopes for a democratic and free future for Iran. 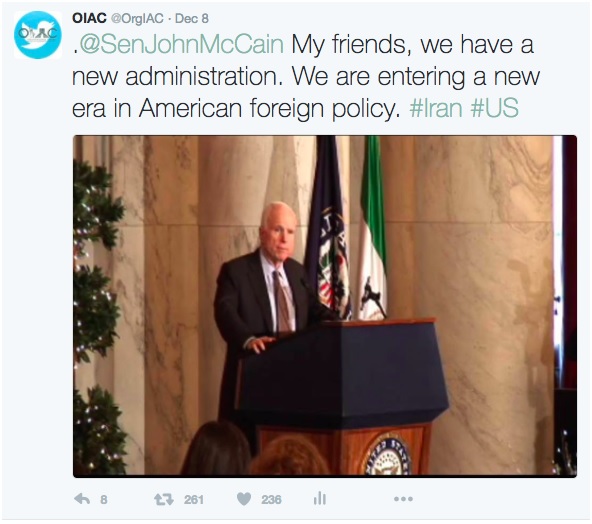 Joe Lieberman spoke of the myth of moderation plaguing Iran’s national image, asserting that “Nothing in Iran has changed under Rouhani. In fact there is an argument to be made that things have gotten worse.” His speech focused on coming together and creating a hopeful vision for a democratic Iran. When speaking of the United State’s responsibility towards Iran, he stated that, “We have to make sure that this time the government of the United States stands with our values and with freedom and the people of Iran.” 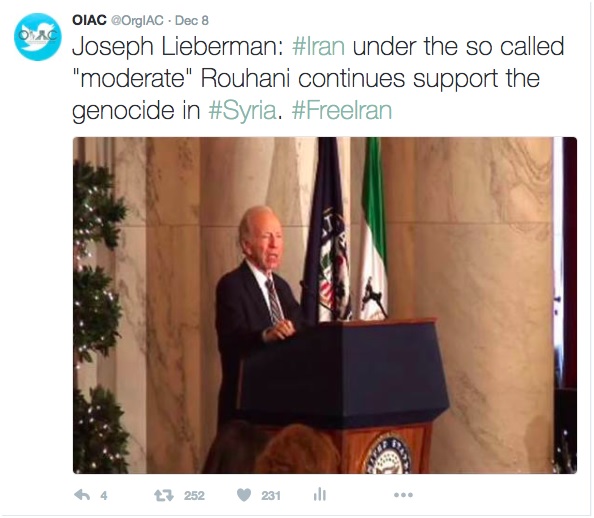 Lieberman was followed by Senator John Menendez, a long time supporter of the Iranian Resistance. Menendez spoke of Camp Liberty and Iran’s missile proliferation, calling on the United States to “counter Iran’s terrorism in the region and the world.” 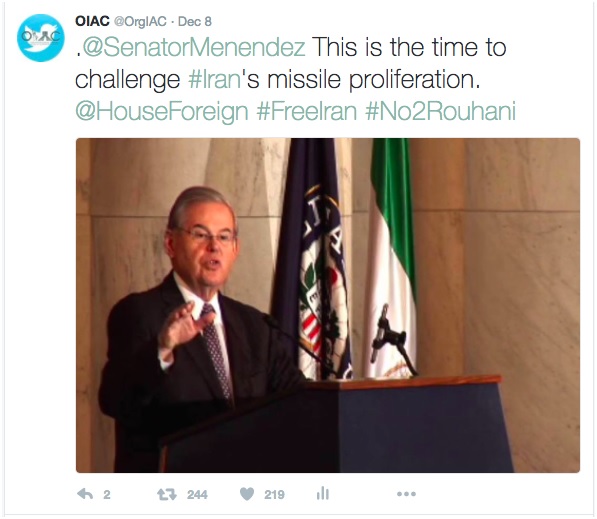 Lastly, Tom Ridge discussed the human rights violations in Iran, focusing on the mass executions and restrictions on women’s rights. He finished the day with an inspiring message, “We will replace theocracy with democracy!” 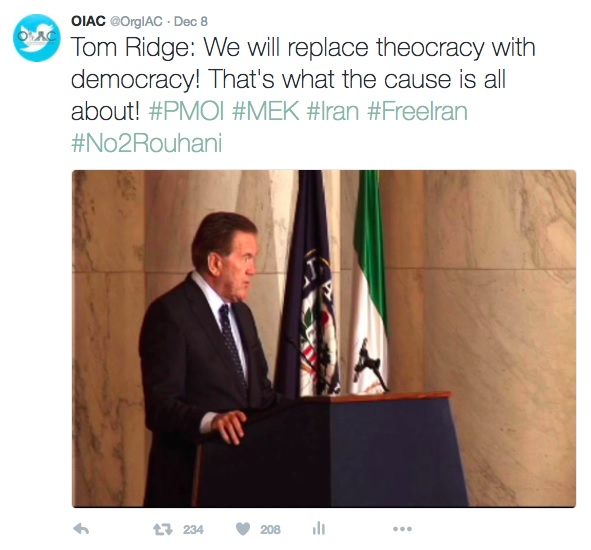 As an active participant in the briefing, OIAC live streamed the briefing on Facebook and provided live updates on their twitter account. Many OIAC members were in attendance, and moderator Mitchell Rice addressed the Iranian Americans in the room as brave freedom fighters, thanking them for their struggle to “free their relatives, loved ones, and friends from the reach of the mullahs in Tehran.” It was a proud day for Iranian Americans and OIAC, who fight daily for democracy and regime change in Iran in order to provide a better life for their family and loved ones.

The Senate briefing had a theme of optimism and unity, focusing on the themes of human rights, freedom, and dignity for all citizens of Iran and the United States alike. It concluded with a sense of purpose, encouraging those at the event and following via social media to stay strong in the fight for freedom, and giving a glimpse into a bright future for Iran and U.S. relations.