Iran Continues to Enjoy the Impunity

It was the summer of 1988 when the Iranian government systematically executed around 30,000 political prisoners. History books would’ve treated it as one of the 20th century’s largest crimes against humanity, but not many people know that this atrocity was ever committed. The country’s administrative officials have long been controlling information about the massacre. And, for more than 30 years now, they’ve been enjoying the lack of retribution for the violence they’ve done.

Various human rights advocates, peace organizations, and Iranian American community groups outside the territory have been working vigorously to let the truth out. They have been continuously publishing evidence, like signed documents, voice records, and books, and these attempts to bring international attention to the massacre have not been totally for naught. But, even with these few successes, there might still be a long way before they finally find the justice that has been elusive for the past 3 decades.

Facts About the Massacre

The state-sponsored mass executions primarily targeted members and supporters of the group called People’s Mojahedin Organization of Iran (PMOI). They were sentenced in accordance with the fatwa (religious decree) by Ayatollah Khomeini, then supreme leader of the country. The direct order was issued in July 1988, just when the Iran-Iraq war was about to end.

The fatwa declared members and supporters of PMOI enemies of the Islamic Republic. According to the decree, these political prisoners were guilty of waging war against God and were therefore condemned to execution.

In various cities, “death committees” were formed to facilitate the executions. Their panel consisted of 3 members: an Islamic judge, a Ministry of Intelligence representative, and a state prosecutor. They were tasked to ask if political prisoners have already changed loyalties. Capital punishment awaited those who said they hadn’t.

Several thousand had already been sentenced in the first few days of the implementation of the fatwa. The number quickly rose to over 30,000 in the succeeding weeks and months.

Accounts of the government-initiated massacre were described in a memoir by Hossein-Ali Montazeri. He used to be one of the highest authorities in the republic and was once considered to be Khomeini’s successor. According to reports, he confronted the other leaders of the country about the decree, so he was later stripped of his power and lived under house arrest.

The memoir was published privately and provided gruesome details of how the massacre was done. It stated that even children as young as 13 and pregnant women were among those who received capital punishment from state forces. 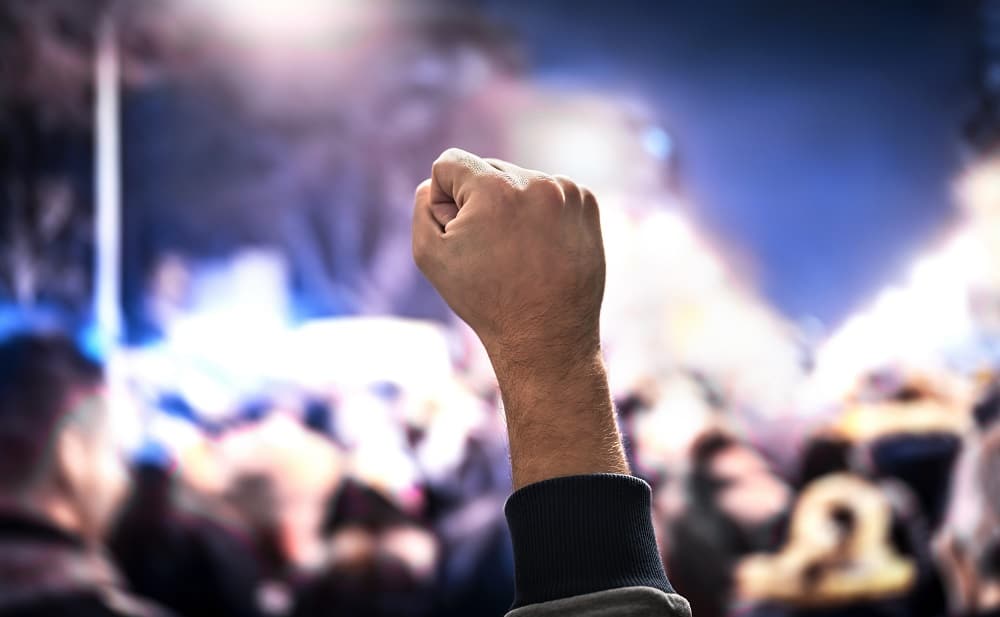 The call for justice rings louder as peacemaking groups, with the help of the Iranian community in the USA, remain committed to demanding accountability from the perpetrators of the violence. Even so, impunity persists as the leaders of the country continue to deny the crimes that happened in the past. In one of their attempts to hide evidence of the massacre, they tried to destroy mass graves located in the southern part of Tehran.

While he was campaigning for the Iranian presidency in 2013, Hassan Rouhani vowed for a systemic change that would reform the country’s political climate. He also said that he would seek the release of those who were imprisoned for criticizing the administration. But, these promises were broken when he, instead, continued the crackdown on those who actively voice out dissent against the government.

President Rouhani even appointed as Justice Minister one of those who allegedly orchestrated the mass executions. Aside from his supposed role in the 1988 massacre, Mostafa Pourmohammadi is said to have played a part in other government atrocities. They include the country’s chain of serial murders in 1998 that targeted intellectual dissidents. He was serving as the Intelligence Minister then. Human rights groups have fervently petitioned for an investigation for the said crimes, but none was made.

Leaders of the Islamic Republic continue to take pleasure in the absence of punishment against their human rights abuses. Speaking at an Iranian-American Community event, Chairman Eliot Engel proclaimed, “What is so disgraceful, if that was not enough, we find that many of the people who were responsible for massacre of these beautiful young people here, are the very people who have high positions in the Iranian regime today.” Pointing to bipartisan support for a free Iran, Rep. Engel said, “As the Chairman of the Foreign Affairs Committee, I want to tell you that on both sides of the aisle, democratic and republican, we support Iranian freedom and I am here to tell you that in person.”

A 2018 report by an international human rights organization also stated that authorities are glorifying the perpetrators and calling them “national heroes.” Meanwhile, those who voice their criticisms are branded “terrorists.” Even so, peace advocates are neither afraid nor tired of pushing for an investigation of the massacre.

Iranian American advocacy groups may argue that this incident isn’t the only heinous crime perpetrated by the country’s leaders. Contact Organization of Iranian American Communities if you wish to learn about other government atrocities.

1988 Massacre and Ongoing Human Rights Violations: Iran at a Glance