Washington, December 10, 2014 – On the occasion of International Human Rights Day, Congressional leaders and prominent political figures, including the last U.S. Ambassador to Syria, Robert Ford, joined Organization of Iranian-American Community (OIAC-US) activists and congressional staff at a briefing on Iran’s Human Rights Violations.   Congressman Ed Royce (R-CA), who Chairs the House Foreign Affairs Committee denounced the recent acid attacks on women in Iran and condemned the 2013 massacre of Iranian dissidents living at Camp Ashraf, Iraq.  Referring to the acid attacks and passing of a related Iranian law, Mr. Royce added, “you do not expect the reaction of the Parliament of that state to pass legislation that says, “If you’re enforcing Sharia law, if that’s what you believe you’re doing, you’re indemnified against the consequences of your action.”’  Reiterating the views of Iranians everywhere, Mr. Royce highlighted results of a recent Gallop poll showing, “that 2/3 of the people inside Iran want a Western style democracy without a theocracy.” 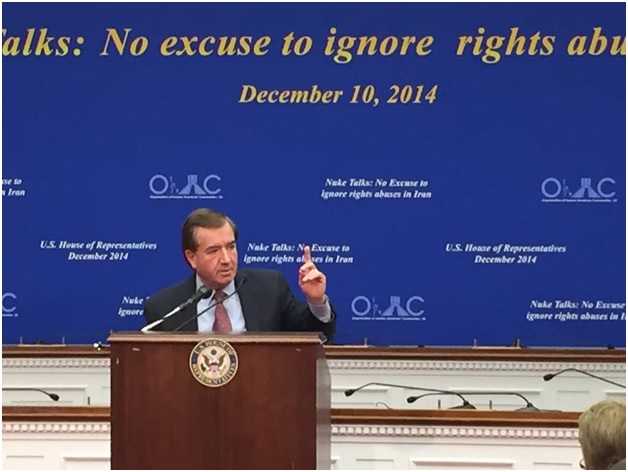 WASHINGTON, December 14, 2014 /PRNewswire/ — Several leading members of Congress and prominent political figures joined a briefing on Capitol Hill on Wednesday, urging greater western attention to human rights abuses in Iran, emphasizing that nuclear talks should not ignore Tehran’s appalling rights record. The briefing also touched on the need to protect Iranian dissidents at Camp Liberty, the failure of recent nuclear talks, and the Iranian regime’s destructive role in the region. 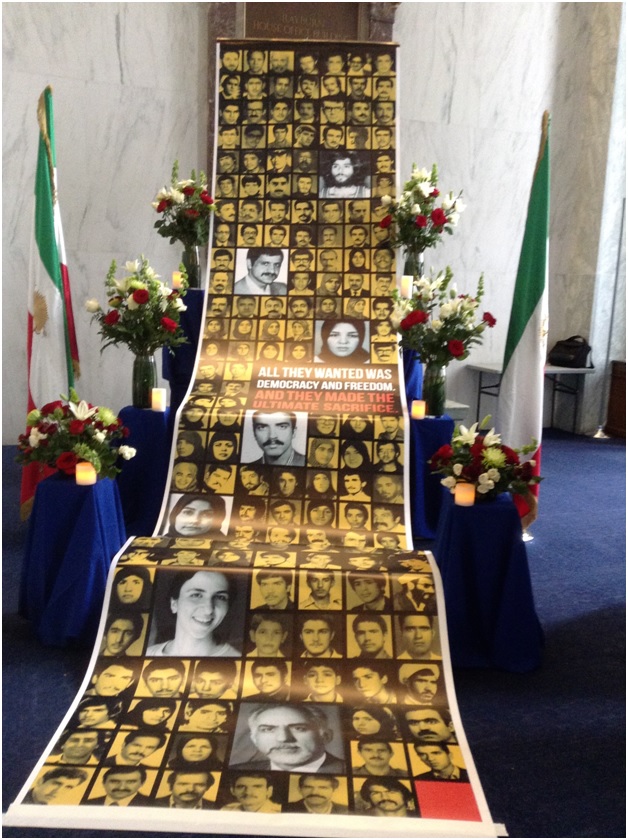 Describing the regime’s role in Iraq as “extremely pernicious,” Ambassador Ford pointed to reports about Iranian militias burning down houses and killing civilians in Sunni villages. He expressed concern over talk of western cooperation with the Iranian regime against ISIS, saying American interests are not the same as Tehran’s.

“The Iranians are not interested in a political rapprochement between Sunnis and Shias in Iraq.  They’re actually increasing the sectarian animosity,” he said.

Rep. Royce said the Iranian regime has been caught cheating in its nuclear program on a number of occasions and the majority of the Iranian people do not want the theocracy. He added, “We have a special responsibility to the people at Camp Ashraf [Liberty] and that needs to be met.”

“It’s disingenuous and dangerously foolish and innocent of us to be negotiating with a murderous regime like this,” Rep. Ros-Lehtinen added.

Rep. Jackson Lee highlighted the inhumane medical siege at Camp Liberty and said it should end immediately. The fact that “doctors and physicians and medicine are not allowed in, is a clear human rights violation,” she said.

Rep. Chu referred to Hassan Rouhani’s deception and abysmal record, saying, “Negotiations drag on from extension to extension, as human rights abuses get worse and worse.”

Rep. Sanchez said, “I call once again on our administration to focus, to shine the spotlight on what is happening in Camp Liberty. … My desire would be that we get a new set of people over there in Camp Liberty to run it, and that we find a final solution of how we move them out of harm’s way.”

Mr. McColm referred to the worsening situation at Camp Liberty, and called on Congress to act immediately to save the residents.

The briefing came on the heels of a three-day photo exhibit on Capitol Hill to highlight the rapidly deteriorating situation of human rights in Iran. At least 1,171 people, including 37 women, 23 dissidents and 17 juveniles have been hanged across the country since Rouhani became president in August 2014.

Meanwhile, on December 10th, 2014, Iranian-American Community (OIAC-US) also took the opportunity to participate in a House hearing on ISIS titled, “Countering ISIS: Are We Making Progress?”  Community members joined senior members, including Congresswoman Ileana Ros-Lehtinen of Florida and judge Ted Poe of Texas for this photo opportunity.  In this hearing, and a subsequent briefing on Iran’s rights violations, they called for a US Iran policy which holds Iranian regime accountable for its deeds. 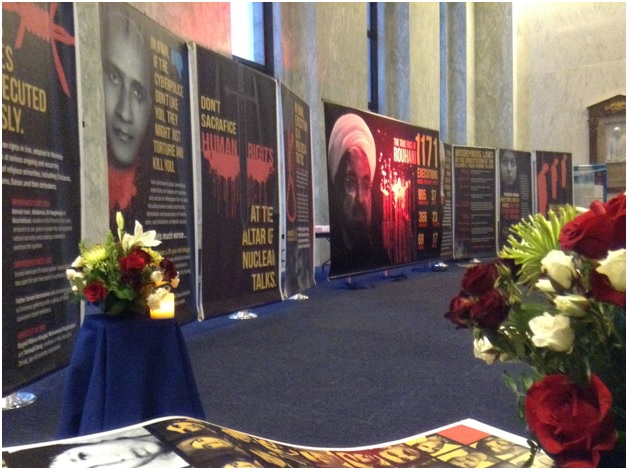