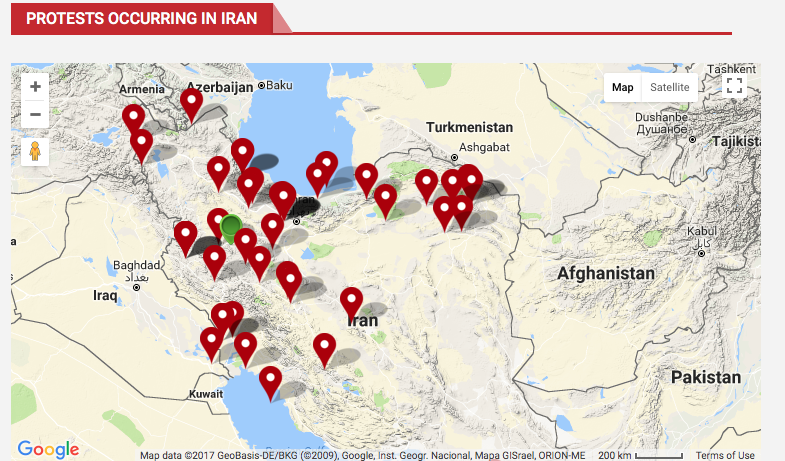 Iranians to voice support for the Iranian

Iranians to voice support for the Iranian people

uprising outside the White House

Iranian Americans will hold a rally outside the White House to voice support for the three-day long uprising by hundreds of thousands of Iranians in more than 40 cities across the nation
Outside the White House
Sunday, December 31, 2017
1:30 pm – 3:00 pm
Tehran, Mashhad, Kermanshah, Shiraz, Isfahan, Arak, Karaj, Sari, Rasht and many other cities have been the scenes of widespread protests by Iranians, calling for the overthrow of the ruling regime. They have been chanting “death to Khamenei, death to Rouhani,”; “Reformer, Hardliner, the game is now over.”

Organization of the Iranian American Communities

The Organization of Iranian-American communities-US (OIAC