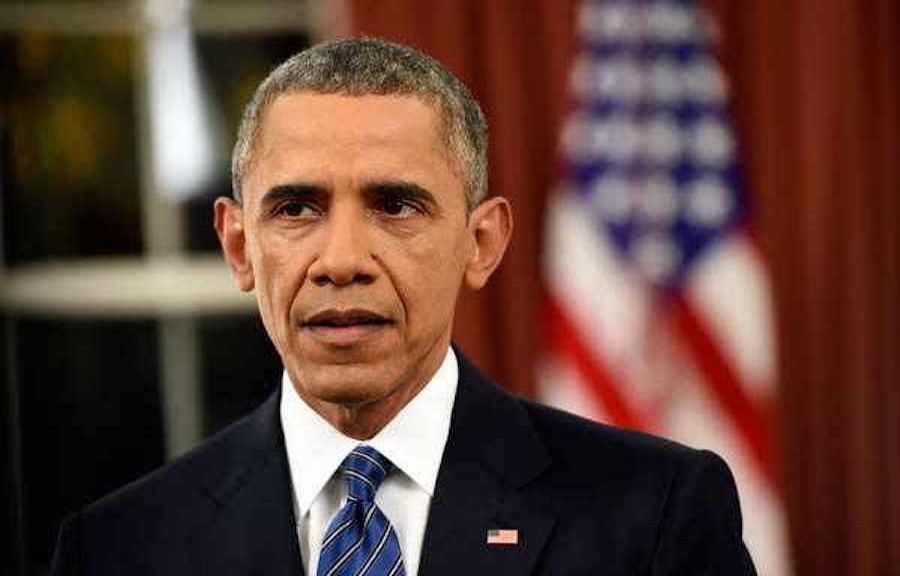 The shocking terrorist attack by Islamic extremists in California has rekindled the debate about the connections of such barbarism to the Muslim community as a whole.
Instead of facing the challenge head on, President Obama used his prime-time Oval Office address to urge Americans not to condemn all Muslims, choosing to effectively sidestep important questions. Rather than using his office to allay fears, the president continues to offer an illusion that Americans cannot distinguish between the two groups of Muslims — the vast majority who are law-abiding and peaceful versus the radical fundamentalists who seek to destroy the West.

On the other side of the spectrum, Republican presidential candidate Donald Trump called for a “total and complete shutdown of Muslims entering the United States,” drawing bipartisan rebuke that such comments are incompatible with American values.

Rather than laying out a comprehensive new strategy for defeating ISIS, the president instead lectured America as if we are bigots and cannot distinguish between the two groups. And Donald Trump reinforces that observation with his unwarranted and inflammatory comments. Both play into the Islamic jihadist narrative that America is at war with Islam. Neither approach is presidential. Both jettison our history and our Constitution in favor of self-interest and political advantage.

These responses also demonstrate two extremes. We should neither assume weakness — like the Obama administration has done in Syria — nor give in to our basic instincts and fears — like Trump seems all too willing to do.
Instead, we must resolve to confront the menace of terrorism boldly while maintaining our values.
America is a confident nation championing a captivating cause. It has led the free world by tapping into humanity’s courage and sense of unity, not hate, to overcome evil.

It did so against the evils of fascism and Nazism during World War II. It led the world in defeating the Evil Empire of the Soviet Union during the Cold War. And, it can certainly defeat the evil of Islamic fundamentalism, the greatest contemporary peril for the civilized world.
Sadly, the administration has doubled down on a weak policy in Syria whose lethal ramifications are becoming increasingly apparent. Equally troubling is Trump’s facile, headline-grabbing plan for America to go it alone and “bomb the suckers.”

Let’s not forget: Ousting the murderous dictator of Syria, the birthplace of ISIS that inspired the California carnage, and confronting the epicenter of Islamic fundamentalism in Iran, are essential parts of a winning strategy.

Tehran and Damascus conspicuously supply the material and ideological nourishment for extremism. As long as the regimes there remain in power, they will breed even more terrorists.

Islamic radicalism can only be defeated through vigilance and Western-led policies equal to the depth and extent of this scourge. That means the United States should adopt a firm policy that includes a strong military and intelligence dimension. But, it also requires an understanding that military means alone will not get the job done.
Of course, we must not blame all Muslims. Trump’s proposed policies are an embarrassment not only to my party, but also to our country. Simple-minded solutions to complex problems are not qualities we want in a president. At the same time, we cannot underestimate the enormous danger posed by the minority of radicals whose distorted reading of this religion breeds so much horror and rage.

That is why in addition to the military component, the fight against terrorism must also include a vital cultural and ideological element that can target the heart of fundamentalism.
We have powerful would-be allies. The majority of Muslims defy extremism. Indeed, moderates and progressives are the primary victims — many are being slaughtered in Iraq, Iran, Syria, Lebanon, Afghanistan, and other parts of the Islamic world by radicals.

The right strategy would be to address the root causes of the menace while forging a strategic alliance with indigenous moderate forces.In order to deal a permanent blow to ISIS and stave off future terrorist attacks, President Bashar al-Assad’s rule in Syria must end. The terrorists must be deprived of territory.

There is ample evidence that Assad’s intelligence services have propped up ISIS in order to make Assad appear as the only alternative. His campaign of slaughter provides the best recruiting message for ISIS.

Therefore, Washington needs to focus its strategic resources on ending Assad’s terrorist-inspiring rule, period.
Next, the United States must join forces with moderate Muslims, including Iranian dissidents, who can lead in the all-important ideological fight, promoting a tolerant interpretation of Islam that respects human rights, women’s rights, democracy, and the rule of law.

The alternatives to such a strategy are the two extremes of adopting weakness or cultivating fear. Both ultimately empower ISIS and Tehran. And both extremes fly in the face of American values and proud history of confronting evil bravely, boldly, and confidently while uniting progressive forces of the world around the unconquerable cause of freedom.

Tom Ridge, chairman of Ridge Global in Washington, was the first secretary of Homeland Security and the 43rd governor of Pennsylvania.