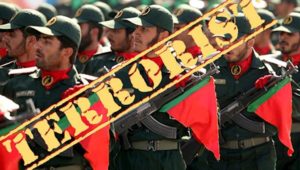 Opinion: We put Iran’s Revolutionary Guard on the terrorist list. Biden must keep it there.
Washington Post, March 23, 2022 By Victoria Coates and Robert Greenway

Multiple reports have suggested that the Biden administration is considering taking Iran’s Islamic Revolutionary Guard Corps (IRGC) off the U.S. government’s Foreign Terrorist Organization list. As the senior Trump administration officials who led the process that recommended the designation in 2019, we feel compelled to explain why taking them off the list as a concession to tempt Tehran back into a nuclear proliferation deal would be dangerous — and would undermine the deal itself.
The terrorist list is one of the most powerful tools in our national security arsenal — a designation by the State Department and other agencies that not only economically isolates the entity in question but also imposes sanctions on any other group that provides it with material support (which can be anything from food and shelter to armaments). In essence, the designation imposes penalties on companies doing any sort of business with the sanctioned entity and opens these companies up to an increased risk of civil litigation on the part of the entity’s victims. read more 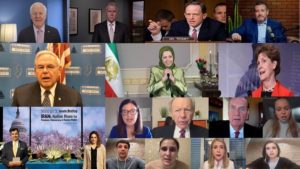 Senators in both parties tie Iran to Russian invasion of Ukraine amid nuclear deal talks
Sen. Menendez warns, ‘we cannot lose sight of the threat of the Iranian regime’
Fox News , March 17, 2022 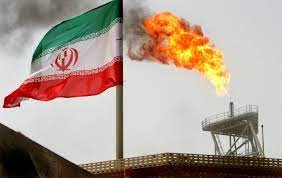 The Biden administration’s efforts to revive the Iran nuclear deal is facing growing skepticism in Congress from both Democrats and Republicans.
Lawmakers in both parties say they have been left largely in the dark about what a new agreement with Iran might look like, and they fear it will be significantly weaker than the deal former President Obama cut in 2015 because the United States has lost time and leverage.
There are also doubts whether it is currently a good time to negotiate a new agreement when U.S. relations with Russia and China, two signatories to the original Joint Comprehensive Plan of Action (JCPOA), are at a multiyear low. read more 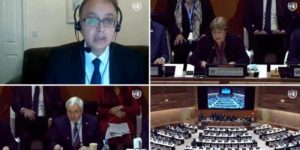 On Thursday, March 17, as part of the 49th session of the Human Rights Council in Geneva, Javaid Rehman, the UN Special Rapporteur on Human Rights Situation in Iran, presented his report and listed numerous cases of gross human rights violations in Iran and called for an independent investigation on the 1988 massacre of political prisoners and the crackdown of the November 2019 uprising as well as to end systemic impunity.
Presenting his latest report (A/HRC/49/75) to the annual UN Human Rights Council session on Iran, Special Rapporteur Javaid Rehman appealed to the UN Member States to seek accountability for the 1988 massacre, stating:
“71. The Special Rapporteur urges the international community to call for accountability with respect to long-standing emblematic events that have been met with persistent impunity, including the enforced disappearances and summary and arbitrary executions of 1988 and the November 2019 protests.” read more 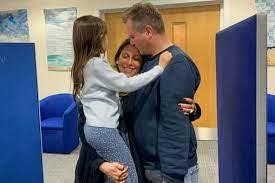 London (AFP) – A British-Iranian charity worker held in Tehran for six years called on Monday for all “unjustly detained” prisoners in Iran to be freed, as she spoke publicly for the first time since her return home.
Nazanin Zaghari-Ratcliffe thanked everyone involved in securing her release but said “the meaning of freedom is never going to be complete (until) such time that all of us who are unjustly detained in Iran are reunited with our families”.
Zaghari-Ratcliffe, 43, and retired engineer Anoosheh Ashoori, 67, flew home last week, at the same time as the UK government repaid a longstanding debt to Tehran.” read more