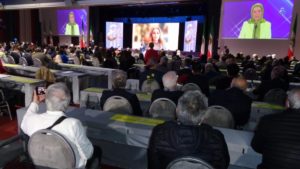 On the occasion of International Women’s Day
EU Reporter, March 5, 2022

On 5 March, on the verge of the International Women’s Day, an international conference was held in the German capital Berlin, featuring political luminaries, lawmakers, and women’s rights activists from 37 countries around the globe that called for solidarity.
Connected online to Ashraf 3 in Albania, where thousands of members of the Mujahedin-e Khalq (MEK) reside, as well as hundreds of other locations around the world. The conference expressed its support for the struggles of women worldwide, especially the resistance of Iranian women for freedom, equal rights, and elimination of unjust discriminations. They pointed the role of the Iranian women in the popular uprisings and protests, in particular in the MEK affiliated Resistance Units. read more 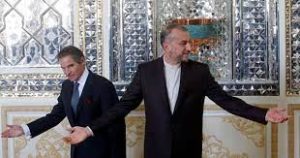 Russia’s invasion of Ukraine threatens to derail Iran nuclear talks
Russian demands for relief on Ukraine-related sanctions have raised fears Moscow will seek to delay or sabotage an agreement to revive the Iran nuclear deal
The Washington Post, March 5, 2022

VIENNA — Fears mounted Monday that the Iran nuclear deal may become collateral damage in the Ukraine war as Russia pressed its demand to be exempted from U.S. sanctions in any future business dealings with Iran.
Negotiators had hoped to finalize an agreement to revive the 2015 nuclear deal imminently and have already allowed several presumed deadlines to slip after 11 months of talks on ways to bring the deal back to life. read more 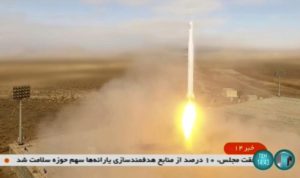 TEHRAN, Iran (AP) — Iran’s paramilitary Revolutionary Guard said Tuesday it launched a second reconnaissance satellite into space as world powers await Tehran’s decision in negotiations over its tattered nuclear deal.
Meanwhile, Iran’s top diplomat at the monthslong talks suddenly flew home late Monday for consultations, a sign of the growing pressure on Tehran as the negotiations appear to be nearing their end.
The Guard said the Noor-2 satellite reached a low orbit of 500 kilometers (310 miles) above the Earth’s surface on the Qased satellite carrier, the state-run IRNA news agency reported. It described the Qased, or “Messenger” in Farsi, as a three-phase, mixed-fuel satellite carrier. read more 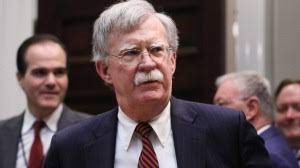 EXCLUSIVE — At least two Iranians belonging to the Islamic Revolutionary Guards’ covert-action Quds Force have been plotting to assassinate former national security adviser John Bolton, according to a Justice Department official with direct knowledge of the investigation.

The source tells the Washington Examiner that the department possesses indictable evidence against the Iranians but that Biden administration officials are resisting publicly indicting the men for fear that it could derail their drive for a nuclear deal with Iran, currently nearing completion in negotiations in Vienna, Austria. Biden’s hope is to resume the 2015 JCPOA Iran nuclear accord. Former President Donald Trump withdrew the United States from the accord, and Iran suspended its compliance. read more