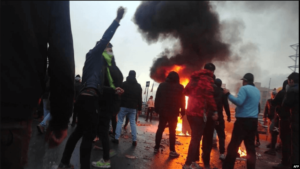 Panel Calls for Justice for Victims of 2019 Iranian Protest Crackdown
Voice of America, 11/14/2021

The Iran Atrocities Tribunal adjourned Sunday in London after hearing five days of testimony from more than 30 witnesses who alleged that Iranian authorities killed, tortured and abused thousands of their countrymen three years ago during protests against Tehran’s sudden increase in the price of gasoline. 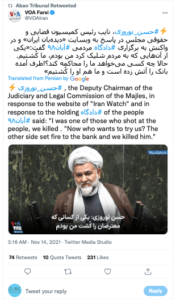 #حسن_نوروزی , the Deputy Chairman of the Judiciary and Legal Commission of the Majles, in response to the website of “Iran Watch” and in response to the holding #دادگاه of the people #آبان۹۸ said: “I was one of those who shot at the people, we killed . “Now who wants to try us? The other side set fire to the bank and we killed him.”
Click to read more 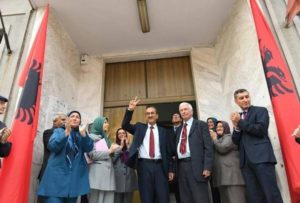 The trial of a former Iranian prison official, accused of handing out death sentences as part of a 1988 purge of dissidents, moved to Albania on Wednesday, with a witness recalling “shocking scenes”.

Hamid Noury has been on trial at the district court in the Swedish capital Stockholm since August on a slew of charges including murder, crimes against humanity and war crimes, dating from July 30 to August 16, 1988. 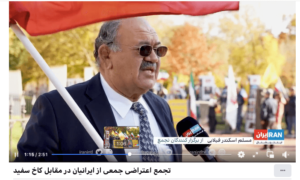 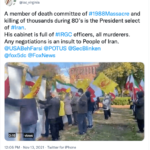 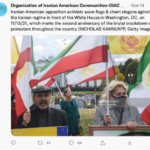 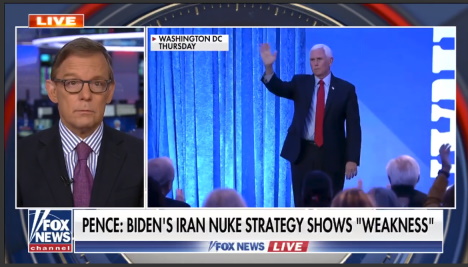