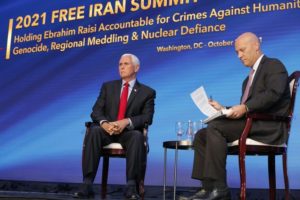 “Iran will remain a key part of any president’s foreign policy agenda, whether or not Biden manages to revive the JCPOA and ease tensions with Tehran, ideally also reducing the tempo of tit-for-tat violence between regional American forces and Iran and its proxy militias.”
click to read article 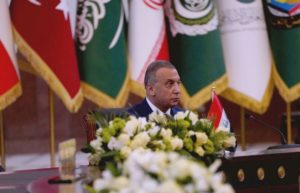 A drone attack that targeted the Iraqi prime minister on Sunday was carried out by at least one Iranian-backed militia group, Iraqi security officials and sources close to the militias said. The sources, who spoke to Reuters on Monday on condition of anonymity, said the drones and explosives used in the assault were Iranian-made.
click to read more 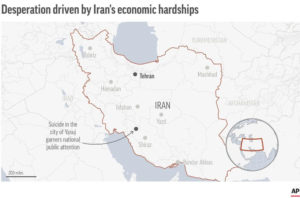 A public suicide in Iran spotlights anguish over economy
By The Associated Press
November 4, 2021

“The structure of the country is faulty and sick…In 2014, parliament launched an investigation into one of the main banks affiliated with the foundation for allegedly embezzling $5 million. Its findings were never revealed. The foundation is known to funnel financial support to Islamic militant organizations in the region, from Hezbollah in Lebanon to Hamas in Gaza, leading the U.S. to sanction it in 2007 for supporting terrorism.”
click to read article 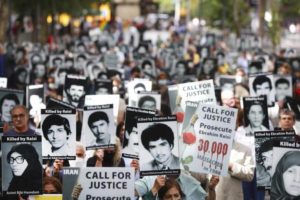 The world should be watching Hamid Nouri’s trial in Sweden
euronews, November 5, 2021

Up until 2016, the Iranian regime had succeeded in preserving a red line: No talk, no tears, and no questioning what happened in Iranian prisons in the summer of 1988.

Ruhollah Khomeini, a cleric who became Supreme Leader after the people of Iran ousted the former monarchial dictatorship in 1979, ordered the elimination of members and supporters of the People’s Mojahedin Organization (PMOI/MEK) who stood loyal to their beliefs. In 1988, some 30,000 PMOI members were murdered and buried in mass graves, and history was told to forget their names.
click to read more 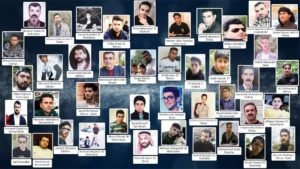 This week, the Iranian resistance published names of 29 more martyrs of the November 2019 uprising. These fallen heroes were martyred in Tehran, Karaj, Mallard, Shahriar, Qods, Nasimshahr, Isfahan, Kermanshah, Shiraz, Mahshahr, Andimeshk, Eslamshahr, and Meshkinshahr. Previously, the MEK had published the names of 828 martyrs. This announcement brings to 857 the names of those murdered by the regime during the November uprising.
click to read more